With the Fujifilm FinePix HS20EXR, the company seems to have put every possible feature in a camera that looks like a DSLR. Neha Mutreja finds out that all that zoom may just not be enough.

There is no end to greed. With every passing year, camera companies introduce more and more features, and we aspire to own the latest gadgets. It is this urge of ours to own the maximum possible zoom range or a camera that has an extensive feature set that is never satisfied. To cater to this, Fujifilm has announced an update of the feature-packed HS10, called the FinePix HS20EXR.
The highlight feature of this camera is a new 16MP sensor and a long 30x zoom lens. You may call it a trend but I prefer to call it a lure for zoom, as people believe that no amount of zoom is enough to get close to any subject. It is a trap that we all fall into, and I tested the camera to see how it fares, while setting this trap.

Features
The HS20 has inherited some features from the HS10, including its massive 30x zoom that offers a focal length of 24–270mm (35mm equivalent). With a focal length this wide, you can practise lansdscape photography or shoot in narrow spaces, and the massive zoom allows you to get close to your subject when you are shooting in the wild. Other features that the camera borrows from its predecessor include RAW shooting, Full HD video, a hot shoe and a fully functional Manual mode.
The HS10 was not lacking in features, but we had heavily criticised the camera in our review, as the image quality was not up to the mark, with poor dynamic range and low light performance. The HS20 strives to improve on this, by incorporating the company’s proprietary EXR technology in this camera. This technology allows you to enjoy improved image quality, at a lower, but still usable resolution of 8MP.
The HS20EXR claims to target action shooters, with an ability to shoot at 8fps (at full resolution), and 11fps (at a resolution of 8MP). The Super Macro mode of the camera allows you to get as close as 1cm to the subject, but in practice, I found it rather difficult to get sharp images in this mode, due to the size of the camera and ineffective stabilisation.
It has 27 Scene modes and two interesting Advanced modes. The Pro Focus mode is supposed to make the background out of focus, while the Pro Low-Light mode shoots multiple images and combines them to produce an image that has maximum detail and less noise.
Nowadays, most cameras have modes dedicated to shooting panoramas in a quick, easy way. The HS20 takes this a step further. It lets you make panoramas by swiping the camera across an angle of 120° and 180°, and also by doing an incredible 360° rotation! I simply had to turn one full circle, and the camera immediately captured a unique perspective of all that surrounded me.

Handling
It is said that looks can be deceptive, and for a fraction of a second, I actually felt as if I was using an entry-level DSLR. From a manual zoom lens and focusing ring to a pop-up flash and hot shoe, the HS20 looks just like an interchangeablelens camera.
Apart from the regular layout of buttons, the four-way controller has the option of switching the RAW mode on and off. The HS20’s screen can be tilted up and down, but cannot be swivelled sideways. With a zoom lens that is so long, it is always preferable to use the Electronic Viewfinder (EVF). There is a small button next to the LCD that lets you swap between the LCD and EVF, and the camera also has an eye-detect sensor that automatically switches to the EVF, the moment you put the camera to your eye.
Since this is such a feature-rich and complex camera, it is always preferable to browse through the menu and explore the options thoroughly before you set out to shoot.

Performance
The 24–720mm range of this camera meant that I could practically shoot any subject, during my commute around Mumbai and trips to cities like Hyderabad and Bengaluru. The focusing speed of the camera is quite good and I did not have any sort of problems while shooting outdoors. The Tracking AF also does a commendable job, by compact camera standards. However, the camera struggles a bit later towards the evening, especially if you are shooting at the telephoto end.
Despite the camera’s tall claims of having a fast shooting speed, this is applicable only if you are shooting JPEG images. For RAW shooting, the actual shooting experience was very disappointing. We tested the camera using a Class 4 SDHC card and it was very disappointing to see that RAW shooting was painfully slow. The camera takes almost 5 seconds to buffer the data and write it to the card after shooting each picture, and freezes completely during this time! This was very irritating as the subject in front disappeared the moment I could click the shutter again.
The sharpness of the photographs is poor. The images have a painting-like feel to them and fine detail is barely visible. We thought that this might be due to excessive noise reduction or compression artifacts, but the RAW photos had the same problems. There is barely any additional detail that might want you to shoot in RAW. The main reason for the lack of sharpness is a poor quality lens. We do not expect much from cameras that have such a large zoom range, but the HS20 is not even as good as its competition.
The colours rendered by the camera are rich. The dynamic range and the details in shadows and highlights is good, which is something that the EXR sensor has to be thanked for. Images up to ISO 800 are usable, but beyond that, the noise becomes a little too much. Fringing is visible, but not very prominent. Lens flare at the telephoto end is quite a lot, but at more conservative focal lengths, it is well controlled.
With studio strobes, the HS20 performs quite well. We also tested the camera with external flashguns such as the Nikon-dedicated Metz 58 AF-1 and Nikon Speedlight SB-22s, but the control that the camera gives over flash exposure compensation is quite less.

Conclusion
Keeping the target audience in mind, the HS20 has a huge array of features at a seemingly attractive price of Rs. 26,999. But if a camera fails to produce good quality photographs, what’s the point? There are many other cameras in the market that produce much sharper images. If you are a potential buyer who wants an all-in-one camera, you should do some research and look at other options, instead of being lured by the Fujifilm FinePix HS20EXR.

Ergonomics
Simple yet browse through it before using it
12/15

In bright light, the AF performance of the camera is quite quick and reliable. While shooting JPEG photographs, the HS20 has a fast frame rate, which helps you capture moments like these. Photograph/Neha Mutreja 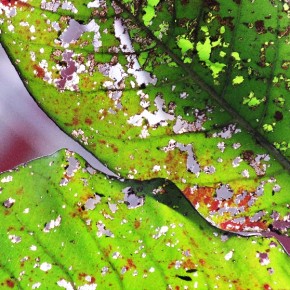 The colours rendered by the camera are quite rich. When using the telephoto end of the zoom, the control over fringing is quite good. But the quality of the lens is quite poor, with images being unsharp and having a painting-like feel to them. Photograph/Neha Mutreja 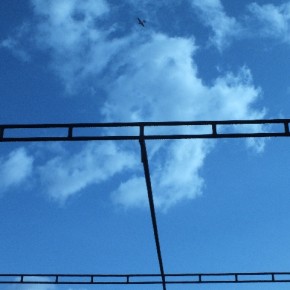 The superzoom capabilities of the camera helped get slightly close to this tiny plane. Exposure: 1/1800 sec at f/8 (ISO 400) Photograph/Neha Mutreja