Shridhar Kunte dissects the curiosity and hype around Nikon’s mirrorless splash, to see if the Nikon 1 J1 matches up to the crowded competition.

Finally! It has been over three years since Panasonic announced the first mirrorless camera. In this time period, almost every manufacturer has enjoyed success in the segment—apart from the big two, Canon and Nikon, who noticeably kept away from mirrorless technology. With the launch of the new 1 series, Nikon has finally jumped on to the bandwagon.
The high-end Nikon 1 V1 and relatively basic 1 J1 cameras have several quirky things about them, some of which have got a lot of extreme reactions since they have been announced. While testing the low-end J1, we decided to put things into perspective. Considering that Nikon has stepped into this market so late, has it managed to improve upon its competitors’ mistakes? Or is the J1 another me-too product?

Features
This is the first ever time that the company has moved away from its legendary F mount. The company has said that it will soon release an adapter that will allow you to use F-mount lenses, but it is still a distinct departure from the norm.
Both the V1 and J1 are built around a 10MP sensor that is of 1-inch size (thus the name of the cameras). This is four times larger than most compact camera sensors and also bigger than the 1/1.5-inch and 1/1.7-inch sensors found in advanced compact cameras. However, it is significantly smaller than competing mirrorless models. For instance, the CX sensor is only half the size of Micro Four Thirds sensors and much smaller than APS-C sized sensors! Due to a crop factor of 2.7x, the 10–30mm kit lens has a field of view similar to a 27–81mm lens.
If the sensor size is underwhelming, the speed of the camera takes the market by storm. The AF is a step ahead of other mirrorless cameras. It is even faster than the new PENs, which are quite quick themselves. The speed and accuracy of the focusing is mainly due to the use of a Hybrid AF system, which combines Phase Detect and Contrast Detect AF. Also, unlike other mirrorless cameras, the Continuous AF performance is superb. If you feel that the AF of a mirrorless camera cannot match a DSLR, the J1 may force you to think again.
The J1 is also the fastest Nikon camera to date, in terms of data transfer speeds and buffer capabilities. It may be a little hard to believe, but this small, basic, relatively inexpensive camera transfers data faster than the high-end D3S.
The camera makes use of dual core EXPEED 3 processors to shoot at a speed of 10fps with continuous AF. Until now, the Sony A55 was the only budget camera that could manage such speed, but the Sony freezes after shooting a burst—a problem that the J1 does not face. Also, if you keep the AF locked between shots, the J1 captures a staggering and class-leading 60 frames within a second at full resolution.
The camera shoots Full HD 1080p video at 30fps, 1080i video at 60fps and also captures super slow motion video at 400fps and even 1200fps. Autofocus during video is quite fast, and better than the company’s DSLRs. The J1 records stereo sound, but unlike the more expensive V1, it does not have a dedicated microphone input.
In fact, in terms of adding accessories to the camera, the J1 is actually quite limited. Neither can you attach an external flashgun, nor is there any wireless flash control. Also, the camera is not compatible with the accessories announced for the V1. Interestingly, the J1 has an electronic shutter, which restricts it to a sync speed of only 1/60sec, but the shutterspeeds it can use in regular operation go up to 1/16000sec.

Handling
Unlike the V1, the J1 does not have an EVF. For framing, you need to use the LCD, which has a resolution of only 4,60,000 dots. I was disappointed to see that the advanced P, A, S and M modes are missing from the mode dial. In fact, they can only be selected via the menu when the mode dial is set to Still Image mode (denoted by a green camera icon). Usually, a green camera icon signifies the fully automated mode, so this was a complete surprise.
A Nikon DSLR user will find no connection between the DSLR controls and the 1 System cameras. For example, in the Shutter Priority and Aperture priority modes, the settings are changed by using a tiny switch that is above the mode dial. At first glance, that switch just seems like a playback zoom tool! Also, the camera has an F button, but unlike the F button found in DSLRs, this one simply switches between Drive modes. It cannot be customised in any way.
Some of the design choices defy logic. For instance, if you grip the lens with your left hand, it ends up blocking the AF-assist lamp! Also, using the Exposure Compensation function is troublesome. After you turn the multi-controller dial to dial in a +/- setting, you actually need to press OK to confirm the same! This just wastes more time and quite often, one may forget that they need to press OK. More surprisingly, the LCD does not simulate the actual exposure and there is no live histogram—a feature found in several advanced compact cameras!

Performance
The startup time is short, but when in the Standby mode, the J1 takes more time to get ready. Once this happens, the operation is extremely fast. I used the camera to photograph some portraits, a wedding ceremony and also in the studio. The focusing was quick and accurate in each instance. The built-in flash is not all that powerful but it provides even illumination.
Expectedly, the J1’s dynamic range is not as good as cameras that have larger sensors. The metering, sharpness and detail are very good, some examples of which we have shown in our test shots alongside.
The AWB performance is satisfactory in most cases, but the camera struggles a bit in artificial lighting. The colours are well balanced with good accuracy. At ISO 800, there are traces of luminance noise, but the quality is still very good. ISO 1600 shows traces of colour noise and if you are shooting at an ISO higher than this, you need to expose and postprocess the image carefully.

Conclusion
With the simplistic layout of controls and overall size of the camera, it is clear that this camera is meant for beginners who want the quality of a slightly larger sensor, the flexibility of interchangeable lenses and features like 60fps burst shooting. It does meet those parameters—the camera is fun, super quick and produces high quality images despite the smaller sensor. However, the overall ergonomics could have been a lot better.
While the Indian pricing has not yet been announced, the camera costs USD 649.95 (approx. Rs. 32,500) internationally. At this cost, you can get some extremely competent Micro Four Thirds cameras. You can also buy a large APS-C sensor camera like the Sony NEX-3/NEX-5 at a far lesser price tag today. The J1 is an interesting debut, but you should wait for the company’s future attempts with mirrorless technology. 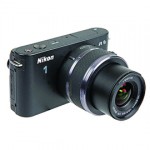 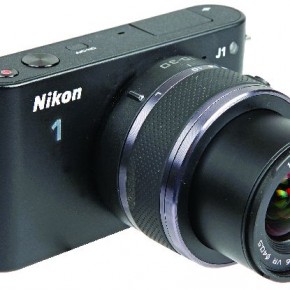 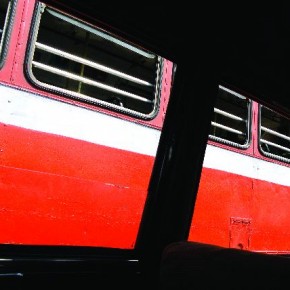 The camera offers rich, vibrant colours. The colour balance and sharpness of the kit lens is quite good, with the images showing excellent detail. Photograph/Raj Lalwani 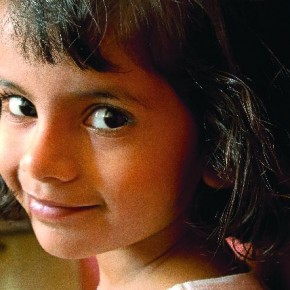 At ISO 800, the sensor delivers sharp photos. The JPEG engine is not too good though, and you need to shoot in RAW. Exposure: 1/40sec at f/5.6 (ISO 800). Photograph/Shridhar Kunte 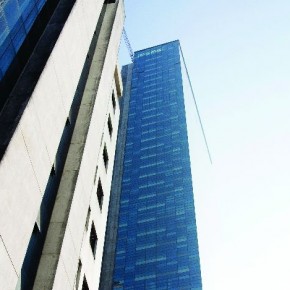 While the metering is accurate, the limitations of the smaller sensor are most visible when shooting in contrasty light because the highlights tend to get blown out easily. Photograph/Shridhar Kunte 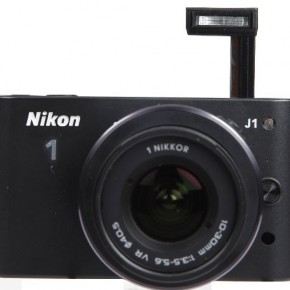