Raj Lalwani tests the Nikkor AF-S 24mm f/1.4G ED, to see whether this fast prime is really as good as the hype suggests.

When the Nikkor 24mm f/1.4G ED was announced in February, we saw its release with great interest. In the months that led up to its launch, Nikon had faced quite a bit of criticism online for the fact that its has very few f/1.4 prime lenses—most of which are rather old. Considering how late they came to the party, the lens’ performance was bound to attract a lot of scrutiny.

Features
A wide-angle lens with a maximum aperture that is as fast as f/1.4, can actually be used rather innovatively. The wide focal length allows you to exaggerate your main subject with respect to the background, but at the same time, allows you to throw the background out of focus by using shallow DOF. I tested the lens by shooting portraits, rock concerts, flocks of birds and street photographs on a Nikon D700. The 24mm f/1.4 has an optical construction that we have come to expect of most Nikkor pro lenses. It has a healthy mix of Extra-low Dispersion and aspherical lens elements, along with the company’s proprietary Nano Crystal coating. It also has a 9-bladed rounded diaphragm for better bokeh.

Handling
The build quality of this 24mm lens is quite good. It is slightly bulky, and does not balance well on smaller camera bodies, but that is alright considering that the lens does not target DX camera users. On full frame cameras like the Nikon D700 and D3S, it balances perfectly The focusing ring is thick and well lubricated. While using manual focus, the ring needs to make one complete rotation to travel through the entire focusing range. This allowed me to focus with great precision, especially while shooting at f/1.4.

Performance
Prime lenses are generally expected to be superb performers, but this lens even surpassed our lofty expectations. Autofocus is not the fastest we have seen, but it is reasonably quick. More than speed, it is crucial that a lens of such a fast maximum aperture shows accuracy in terms of achieving focus. The Nikkor 24mm shines in that regard. Even photographs shot at f/1.4 are extremely contrasty and sharp in the centre, and show a lovely, creamy bokeh. At other apertures, the lens is tack sharp. The 24mm easily outresolved the sensor of the D700 and is one of the few lenses that can do justice to the high-megapixel count of the D3X too. Diffraction does not affect the lens too much, and even images at f/16 show great detail. Vignetting is surprisingly minimal—it is barely visible at f/1.4 and completely disappears by the time you stop down to f/2.5. What impressed us most was the control over distortion. This, along with its superb resolution, makes this an ideal lens for shooting landscapes and architecture. Wide-angle lenses are prone to flare and ghosting, especially when shot at the widest aperture settings. I tested the lens to its limits, by shooting the midday sun directly and also shooting pictures that included a number of light bulbs in the frame. Despite this, the lens did not show any flaring in even a single photograph. Fringing, too, is well-controlled—only some traces are visible in backlit photographs shot at f/1.4 if you bother to zoom in to the image at 100%.

Conclusion
Seldom do we see a set of optics that stuns us in almost every aspect. This is not the world’s first f/1.4 lens of such a wide focal length—in fact, the competition has manufactured a 24mm f/1.4 lens for a long time. While Nikon’s first foray into the arena has been delayed, this belated entrant has delivered a knockout punch. It will not be an exaggeration that this is one of the few f/1.4 lenses in the market that is optically perfect. The company has indeed been producing some exceptional lenses in the past year, with the only caveat being their rather expensive price tags. We initially believed that the 24mm suffered from a similar problem, as its Indian pricing was double of what it is available for in United States! However, only a few hours before sending this review to press, we were informed that Nikon India has reduced the prices of many lenses, including this one. The new price tag of Rs. 1,48,255 may still seem expensive, but this is clearly a specialist lens that is targeted at pro users. If you are a full frame user and need a high-quality lens that can deliver stunning image quality in any kind of low light situation, look no further—here is the new wide-angle king. 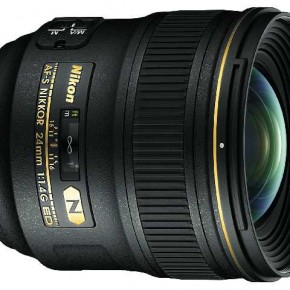 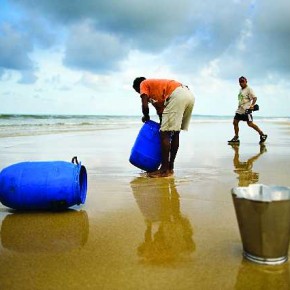 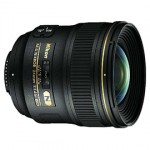