Raj Lalwani tests the Canon EOS 600D to see if this videospecialist has anything new besides a tilt-swivel screen.

Picture this. You are a compact user and wish to upgrade to a DSLR, but want something better than the absolute entrylevel DSLRs in the market like the 1100D and D3100. Alternatively, you are a filmmaker who needs a DSLR that can shoot pro quality video. Both these target groups took a great liking to the Canon EOS 550D, which now has a successor.

Features
The Canon EOS 600D is nothing but a 550D with an added tilt-and-swivel screen. Considering that a lot of video users may have been attracted to the more expensive 60D only because of its articulating LCD, it is great that we now see this feature in the 600D too. Even still photographers will appreciate the benefits of the tilt-andswivel LCD. It helps you frame your image from creative and unusual perspectives, and may help give your photography an added spark!
That apart, the 600D is not a very exciting release. When it came to the 350D/400D/450D/500D/550D, each of these releases were exciting because they all had a new sensor, which led to better resolution and high ISO quality. This time though, the company has stuck to an old sensor. The 18MP sensor is the same as the one that was used in the 7D and 550D. While the quality of the sensor is good, the competition has moved far ahead since the time this sensor was first introduced.
There are two other new features worth speaking of. The 600D can wirelessly control an external flashgun, which is still a feature missing in its immediate competitor. Also, it has introduced something called Creative Filters, which help you add a gritty B&W look, soft focus effects or even pinhole camera-like colours to your pictures. Do note that these Filters can only be added to images after capture, and not while shooting.

Handling
The addition of the tilt-and-swivel LCD has made a few design changes necessary. Since the LCD takes up a lot more space on the rear of the camera, the controls and buttons are extremely small and almost toy-like. While the 550D never had this problem, it is a little disconcerting that even the entry-level 1100D has far more intuitive buttons. Besides that, there is a DISP button on the top plate of the camera that has a solitary function, of turning the LCD on and off. In the previous Rebel cameras, this function was carried out by an eyedetecting sensor in the viewfinder. Due to the addition of this rather needless button, the WB function has been shifted to the rear, and there is no dedicated Metering button. It almost feels as if the series of cameras has regressed a bit.

Performance
I have extensively used the 500D and 550D, which is why—despite its few ergonomic quirks—the 600D was comfortable to use on field. We received the camera just a few days before the Wedding Photographer of the Year (WPOY) awards conducted by Better Photography, and the camera was something I used extensively to shoot behind-the-scenes photos on the morning of the event.
Considering that the 600D is primarily targeted at video users, I tried out an interesting concept. I used the camera to shoot letters to a friend, but in the form of video messages. I thought that I would upload the letters and e-mail them. However, at the beginning, it seemed as if I was facing a problem. The camera would shoot for 5 seconds, I would start the letter by saying “Hi” and the recording would stop on its own—the culprit was the extremely slow SDHC card being used. I realised that the camera is compatible only with a minimum of Class VI cards, for video capture.
The battery life of the camera is excellent. I spent a lot of time shooting at the WPOY event, at the beach and inside churches on Easter. It did not let me down. However, the camera’s buffer capability is quite poor while shooting in RAW+JPEG. There were a number of times that I needed to wait for the camera to write images to the card.
Once I reviewed the photographs shot, I was left with mixed feelings. There is no doubt that the 600D has a very good sensor that can produce sharp, detailed photographs at low ISO settings. Colour reproduction is excellent, with the default output being slightly punchy, which is great for a camera of this class. However, it is absolutely compulsory that you buy a good lens to enjoy all the benefits that this 18MP sensor gives. Cameras like the 550Dand 600D must be used with an L-series lens. Alternatively, those on a budget can buy one of the cheaper prime lenses like the 50mm f/1.8.
The kit lens struggles pathetically to do any justice to the capabilities of the sensor, and also shows prominent red, green and purple fringing. Canon has missed a trick by not including automatic fringing correction, a feature that the competition has had for over three years. Also, there is a lot of lens flare that adversely affects the contrast and colour rendition, while shooting against the light.
The autofocus performance is snappy, but with the kit lens, it is not so accurate while shooting at the telephoto end. The autofocus in Live View is slow to the point of being unusable. DSLRs have always faced this problem, but unlike some other cameras in the market, the 600D does not improve upon last year’s technology.
The video quality, though, is outstanding. It is tack sharp, seamless, produces brilliant colours and really shows why Canon’s DSLRs are so popular amongst filmmakers.

Conclusion
Just like its legacy, the camera truly shines when it comes to shooting video. There is no doubt that the 600D is the video DSLR king. Today, in fact, the only camera that can match up to its video expertise is not a DSLR, but a mirrorless camera—the Panasonic GH2. In terms of its still photography features, the 600D is a capable camera. The competition has made rapid strides in the past one year though. The image quality is quite good, but not the best in its class. Also, with problems like a tendency to overexpose high-contrast scenes, and a poor buffer capacity, the camera falls short of being the best option available, for a still photographer.
The camera kit is priced at Rs. 50,990. While this is similar to the launch price of its predecessor, the competition has slashed its prices drastically—Nikon D5100, for instance, is available for Rs. 11,000 lesser! We can pretty much conclude that video enthusiasts will love the 600D, but photographers may be well advised to buy the EOS 550D, and spent the rest of their budget on good optics. 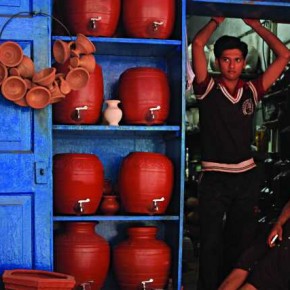 The kit lens of the 600D does not do justice to its sensor. Detail is smudgy and there is pronounced blurring towards the corners. Exposure: 1/30sec at f/4.5 (ISO 800). Photograph/Raj Lalwani 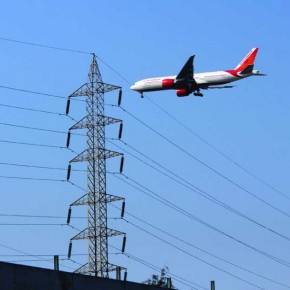 While we did notice some inaccurately focused shots at the telephoto end, the AF performance of the camera is otherwise extremely fast. Photograph/Raj Lalwani 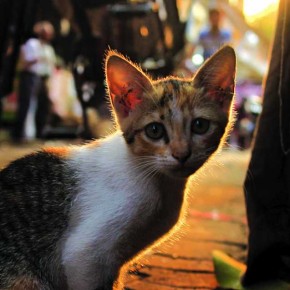 The high resolution 18MP sensor allowed us to crop out a tiny portion of a much larger scene and still make a usable print. Photograph/Raj Lalwani 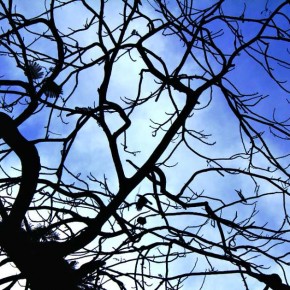 Just like every other Canon DSLR, the Picture Styles menu allows you to change settings like Contrast, Sharpness and Saturation really quickly. Photograph/Raj Lalwani 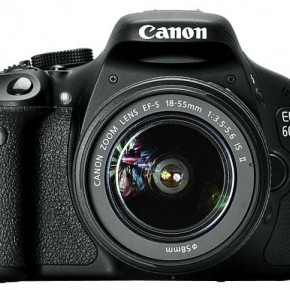