The Nikon D5000 was a camera that was quite popular when it was released. It was lighter and cheaper than the D90 and though it lacked the efficient ergonomics of its more expensive big brother, the image quality was identical. This is why the D5100 was expected to be an exciting release, even before the camera was announced. After all, the D90 has been replaced by the D7000, and if the D5100 is anything similar to the D7000, it is bound to be very good indeed. The D7000 that we reviewed a couple of months ago, is one of the highest scoring DSLRs we have ever tested, and boasts of the best image quality we have seen in a non full frame camera.

Features
At its heart, the D5100 employs a 16.2- megapixel CMOS sensor that is similar to the one used in the D7000. That apart, the company has kept the costs down. The D5100 has no autofocus motor. This means that you cannot use AF with older lenses that do not have a focusing motor. Fortunately, most amateurs and first-time DSLR buyers will not be affected by this decision. However, it is something that may deter those who already own such lenses.
The D5100 does not inherit the 39-point AF system of the D7000, nor does it get the 2016-pixel metering sensor from it. Instead, it has the 11-point Nikon Multi- CAM 1000 autofocus sensor module and 420-pixel metering sensor found in its predecessor. That said, the camera does borrow a few essential features from its big brother. The ISO range can be stretched up to a maximum of ISO 25,600 while using the Hi2 setting. One can also shoot in 14-bit RAW, which makes a big difference to the dynamic range captured. Finally, the camera also has an Intervalometer, which can be configured to shoot every few seconds, or minutes. The Intervalometer and 14-bit RAW functionality are two features that have, until now, only been present in more expensive DSLRs.
The D5100 is the first Nikon camera that allows you to add filter-like effects to photographs and videos while shooting them. These Creative Effects include some interesting options such as Night Vision, Colour Sketch, Miniature, Selective Colour, Silhouette, High Key and Low Key. The camera also has a built-in Merge to HDR mode.
The Flash button of the camera, besides popping up the flashgun, can also be used to select the Flash Mode and Flash Exposure Compensation. However, one cannot use the on-camera flash to wirelessly trigger an external flashgun. Considering that the camera’s direct competition, the Canon 600D, has incorporated this feature, this proves to be a glaring flaw.
The D5100 can shoot Full HD video at 24, 25 or 30fps. This is great, considering that the variety of available frame rates is a feature that is missing in the more expensive D7000. Also, unlike the D3100 and D5000, this camera allows you to attach an external microphone. Coupled with the fact that the camera has better video ergonomics, it really seems as if Nikon is finally getting serious about video. However, we were quite displeased to see that there is no manual control over video, unlike the competition.

Handling
The D5000 was supposed to be the first Nikon DSLR with an articulating screen. However, the design of the screen was so bad that Nikon has gone back to the drawing board and changed it completely. We would actually say that the new D5100 is the first Nikon DSLR that has a ‘real’ tilt-and-swivel LCD! The design of the screen is quite similar to cameras like the Canon 600D and Sony A55, and unlike the D5000, the LCD does not pose any problems while using a tripod. We were also delighted to see that the resolution of the LCD has been increased to an impressive 921k dots.
To make way for the tilt-and-swivel LCD, the controls on the left hand side have been moved to the right, and they are smaller in size. This is a problem we have faced with many other DSLRs that have such screens, including the 600D that we have tested in this issue.
Even the four-way selector is much smaller in size I would accidently hit it with my palm while shooting. Even when I selected Single Point Area AF, the focus point kept jumping to the right whenever my hand would brush against the button.
The placement of the Live View lever and Record button defy logic. In the D3100 and D7000, both these were placed together at the back of the camera, such that it was very convenient to activate video without removing the eye from the viewfinder. Now, in this camera, the company has placed the lever on the top plate and the button at the back, due to which one finds it difficult to associate the two. Do note that the Record button does not work at all if you have not switched on Live View. Also, it cannot be customised to use any other function. Of course, this also means that there is no top lever for Drive modes. I believe that Nikon has missed a trick here.

Performance
I used the camera to shoot macros inside a jungle, kids playing on the streets as well as shot with it in inside the studio. With the kit lens, the focusing speed is fast and accurate. The Nikon D5100 provides excellent noise performance particularly at the lower ISO settings, with very smooth images, and excellent detail. At ISO 3200, the detail in JPEG images begins to degrade, but the quality is still quite good. ISO 12,800, I believe, is unusable, unless you shoot in RAW and postprocess the image very carefully.
I found the camera has a tendency of overexposing scenes by around 0.7EV. The colours look well balanced but the tonality in greens is not so smooth in the JPEG files. Videos recorded were sharp and decently exposed, but due to the low bit rate, it does not have the kind of quality and tonal gradation produced by the competitors of the camera.

Conclusion
Importantly, one should avoid comparing the D5100 to the D7000. Both cameras are targeted at different kinds of users. Serious photographers who shoot in trying conditions and change settings very often should would be best served by the D7000. However, for people who do not need the additional features and build quality, the D5100 is a welcome option.
We were pleasantly surprised to know that the kit is available for only Rs. 39,950—almost Rs. 10,000 lesser than the launch price of the D5000. At this price point, the camera offers far better value for money than any of its competitors. In fact, considering how aggressive the pricing is, we feel that a potential D3100 buyer may be tempted to spend a little more and buy this! Those who give a lot of importance to video and flash photography may want to look at the Canon EOS 600D, but for others, the D5100 does full justice to your money. 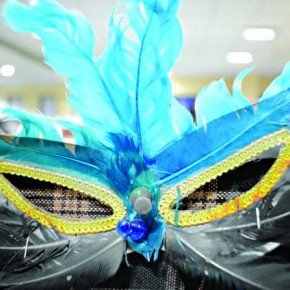 I have selected two colours—yellow and blue. Users can select up to three colours. This feature will be very useful for wedding photographers. Photograph/Shridhar Kunte 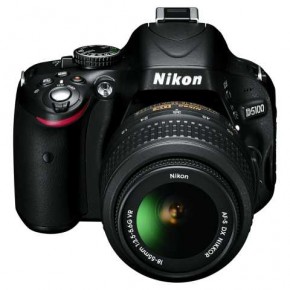 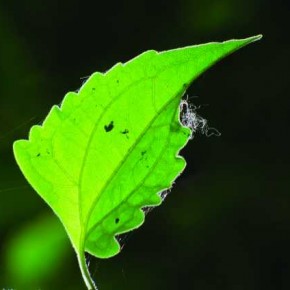 The camera’s spot metering did a good job while shooting against this dark background. Exposure: 1/125sec at f/18 (ISO 800). Photograph/Shridhar Kunte 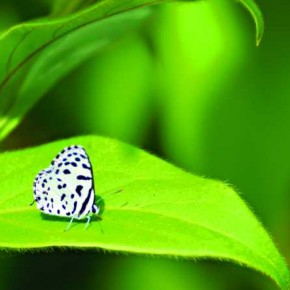 Matrix metering tends to overexpose the image. This little bias works as an advantage for this image as the whites are correctly exposed. Photograph/Shridhar Kunte