From photographing ants to capturing images of the moon, Nilofer Khan puts the Tamron 18–300mm f/3.5-6.3 Di III-A VC VXD through its paces to see how it fares. 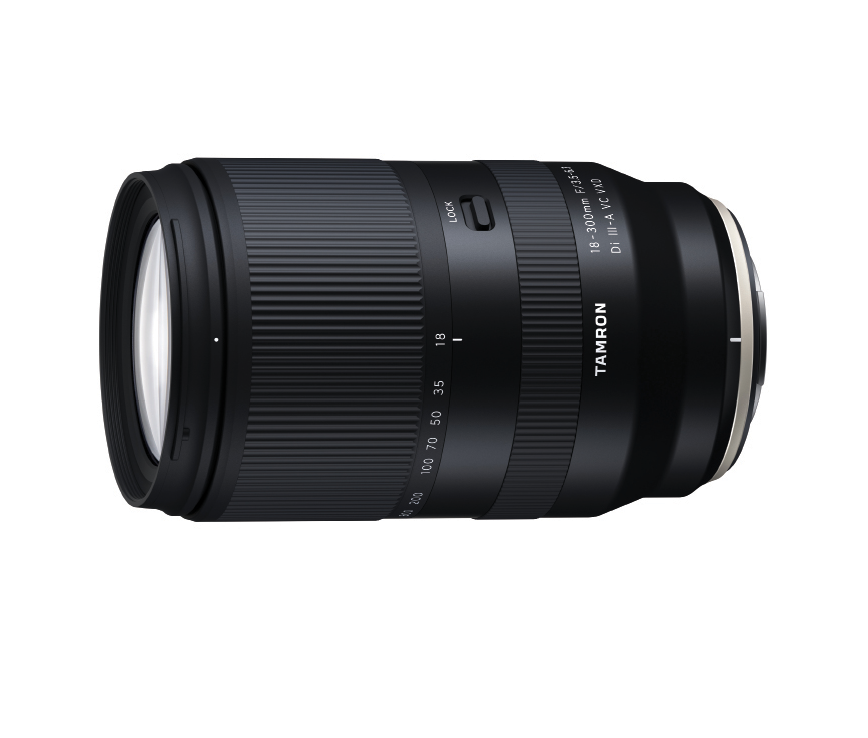 Since 1950, Tamron has been innovating lenses for various camera mounts. In 1992, upon the demands of their users, the company pushed themselves to produce a lens that does it all, the AF 28–200mm f/3.8-5.6. Thereon, the company kept building on this technology, with the latest iteration being introduced in October this year, the 18–300mm f/3.5-6.3 Di III-A VC VXD. It is also the very first all-in-one ultra-telephoto lens for Fujifilm mounts.

Features
The company states it is the first lens in the world for APS-C mirrorless cameras with a zoom ratio of 16.6x (the full frame equivalent of 27–450mm). Constructed using 19 elements in 15 groups, including four LD (Low Dispersion) and three hybrid aspherical lens elements, its BBAR-G2 (Broad-Band Anti-Reflection Generation 2) Coating suppresses ghosting and flare. It has a minimum focusing distance of 0.15m at 18mm and 0.99m at 300mm. The maximum magnification ratio is 1:2 at the wide end and 1:4 at the telephoto end. It has a seven-bladed diaphragm and maximum apertures of f/22 to f/40. The lens features a VXD (Voice-coil eXtreme-torque Drive) linear motor for its focus mechanism, as well as VC (Vibration Compensation) system. It  has a moisture-resistant construction, and its fluorine coating on the front element repels water and oil.

Handling
Weighing 620g, the lens is quite lightweight, considering the range of focal lengths it covers. As for the length, it measures 125.8mm. I used the lens on the Fujifilm X-T3, where it appeared slightly large. Moreover, zooming makes the barrel extend out, almost doubling the size of the lens.

The lens has plastic construction but is sturdy for most environments. The design is simple too—with a large, rubberised zoom ring at the front and a thin focus ring at the back. There is only a zoom lock on the barrel that locks the lens at 18m to prevent unwanted extension during transportation. To switch the focus from auto to manual or change the aperture you have to rely on the camera body.

The focus ring has a large degree of rotation, which is smooth. As for the zoom ring, I felt that one needs to add some effort when zooming in, but not so much when zooming out. It comes with a lens hood too.

Performance
I like how quickly I was able to recompose a shot due to the focal range, without missing any moment.

At 18mm, the lens has a sharp centre but slightly soft edges at the widest aperture. But as you stop down, the corners become much better at f/5.6 and f/8. As you move towards the telephoto end, the edges are sharper at wide apertures. The sweet spot of the lens is f/5.6 and f/8. If you go beyond that, the details appear softer. At f/3.5, there is minimal vignetting, but it doesn’t affect your image much. The processed JPEGs show no visible distortion on both ends. 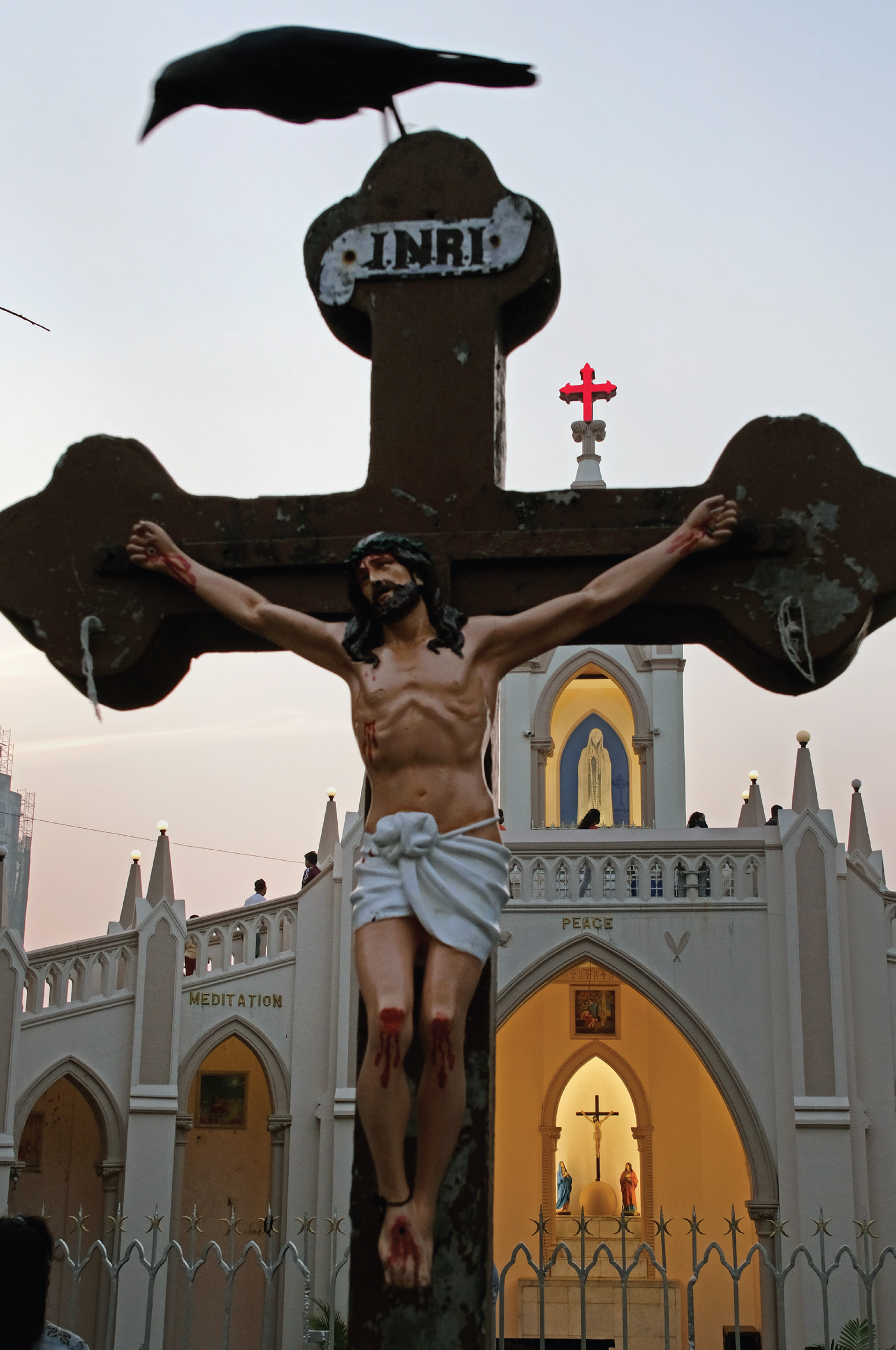 I shot this image at 23mm. At f/9, the image is quite sharp across the frame. Moreover, I was able to recover the details from the sky and the statue of Christ. Exposure: 1/150 sec at f/9 (ISO 800) Photograph/Nilofer Khan

The AF of the lens is not entirely silent. You can only hear the sound if you put your ear close to the lens. Otherwise, it should not be an issue if you record videos indoors.
When shooting macro, the lens allows you to get as close as 0.1m at 18mm to the subject. It is so close that the hood is almost touching the subject. At f/3.5, the shallow depth of field is stellar, with a tact sharp centre. The lens achieves centre-to-edge sharpness at f/8 at 18mm and 70mm. Images are usable up to f/13, but if you push beyond that, the images are usable but with diffraction.

The lens creates creamy, round bokeh, even at f/3.5. You will see minimal sagittal bokeh at the edges. However, it doesn’t affect your images much. But if you are shooting over 200mm, the sagittal bokeh becomes far more prominent.

I have also noticed mild colour fringing at the edges. It is noticeable only when you look at the image at a hundred per cent. But it becomes far more prominent when shooting macros. For instance, I was photographing a cloth peg, and the edges of the peg showed vibrant purple lines. Besides that, flares and ghosts are controlled well across the zoom range. As for the VC, you achieve sharp images at 1/8 sec at 300mm. Focus breathing is controlled well throughout the entire focal range.

While the 18–300mm f/3.5-6.3 has a few issues, it is still a lens one would opt for due to its focal ranges, good image quality, shallow depth of field, weight, and price point. It is a lens best suited for beginners or semi-professionals who shoot a variety of genres. It is also a great option for those who want to travel light.

This article originally appeared in the January 2022 issue of Better Photography.