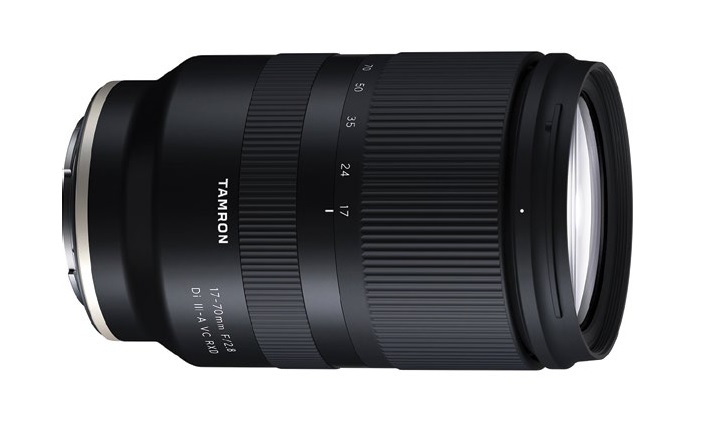 Over the past few years, Tamron has shown its continuous commitment to the growing mirrorless camera market, including Sony’s full-frame systems. In a short span of time, the company has launched a range of lenses for E-mount users, the focal length of which varies between 20mm to 300mm. Last month, they proved their dedication for E-mount cameras with the introduction of their first APS-C lens, the 17–70mm f/2.8 Di III-A VC RXD. This is also said to be the world’s first zoom lens with an f/2.8 aperture and 4.1x zoom ratio for crop frame bodies.

Designed using 16 elements in 12 groups, including two LD (Low Dispersion), two GM (Glass Moulded Aspherical), and one Hybrid Aspherical element, the 17–70mm has a circular nine-bladed diaphragm. It has a minimum object distance of 0.19m at the wider end, and 0.39m at the tele end. As for the maximum magnification ratio, it is 1:4.8 on the wider end and 1:5.2 on the tele end.

The lens incorporates an RXD (Rapid eXtra-Silent Stepping Drive) motor unit to enable quick AF. The front surface of the lens element is coated with a protective fluorine compound that is water- and oilrepellent. It also has a BBAR (Broad-Band Anti-Reflection) Coating. The 17–70mm has VC (Vibration Control) image stabilisation along with Dual MPU (Micro-Processing unit). The lens also enables Direct Manual Focus (DMU), which enables users to change the focus manually while using autofocus. You have to choose the DMF setting in your camera, and half-press the shutter button to change the focus manually. It also comes with a lens hood.

Weighing 525g and measuring 119.3mm in length, the lens fits perfectly on the Sony Alpha 6600. It is well-built, sturdy, portable, and easy to carry around throughout the day. A matte black finish, and polycarbonate and finely ridged rubber give the lens an impressive finish.

The zoom ring is towards the outer end of the lens, while the focus ring is closer to the camera. Both the rings have a good rubberised finish and their rotation feels silky smooth. The focus ring has a large degree of rotation between minimum focusing distance and infinity. This is particularly useful for finer control and use in videography. Like the other Tamron lenses, the 17–70mm does not feature any other buttons or switches on its barrel.

AF is quite silent, and really quick in almost all kinds of situations. It was able to recognise and track the subject instantaneously, including cats and dogs. However, on some occasions, especially in low light, AF takes a little longer than usual to lock onto the subject, resulting in focus pulsing. On the video front, the lens does not have focus breathing issues. 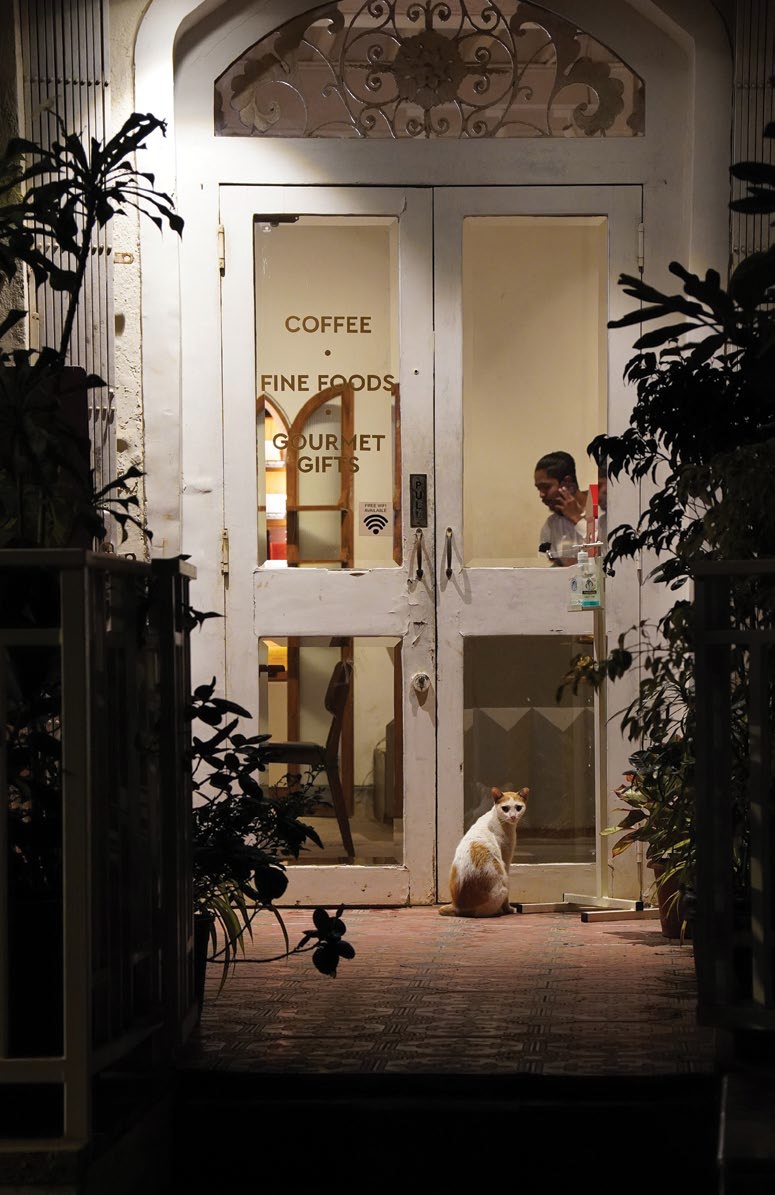 really liked the way the lens smoothly blurred out the out of focus parts. The areas that were in focus was extremely sharp. Exposure: 1/60sec at f/4 (ISO 1600). Photograph/Nilofer Khan

The overall image quality is good, and the colour rendition and contrast is true to the scene. At f/2.8, the centre of the photograph is exceptionally sharp with slight softness around the corner at the wider end. It is expected with a lens of this nature. There is also visible vignetting at f/2.8 on the wider end, which completely disappears by f/5.6. As you move towards the telephoto end, vignetting disappears by f/4. The sweet spot of the lens is f/5.6, with centre-to-edge sharpness. The lens also controls barrel and pincushion distortions really well.

I quite enjoyed using the lens for macro photography, as it enabled me to get extremely close to the subject (0.19m at the wider end). At 17mm f/2.8, the lens showed fringing towards the edges, which completely disappears by 35mm. While shooting portraits, I noticed that the background becomes smoother as you move towards the telephoto end at f/2.8. However, while creating portraits at night, the lens produces onion-ring bokeh (showing a series of concentric rings inside the bokeh). However, it is only noticeable when you view the picture at hundred percent. With its VC system, I was able to capture sharp images at 1/15 sec at 70mm. Also, the lens shows control over flare and ghosting.

Priced at Rs. 67,500, the lens competes with Sony’s 16–35mm f/2.8 GM, which is available at Rs. 1,92,990. However, Tamron gives you a longer focal length, along with excellent image quality at a cost-effective price. The lens is suitable for a variety of scenarios and genres, and its sturdy, weather-sealed body can withstand difficult environments. It is quite a catch for not only professionals and serious enthusiasts but also videographers. If you’re looking for a budget-friendly all-round lens, then the Tamron 17–70mm f/2.8 Di III-A VC RXD is perfect for you.