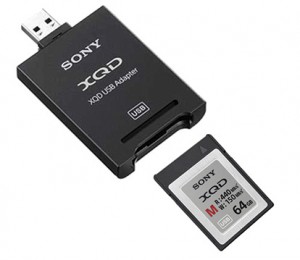 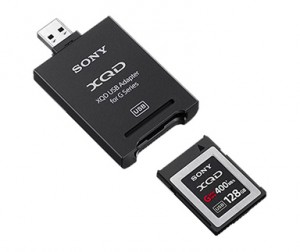 Sony’s XQD 64 GB M and XQD 128 GB G class offer a lightning fast read speed of up to 440MB/sec and 400MB/sec, respectively, which is perfect for recording 4K videos and RAW files. They have been designed for higher-end DSLRs, like the Nikon D5 and the Nikon D500.

Sony offers special XQD USB 3.0 Gen 2 adapters with their cards, so that one can read these cards onto a computer. They are equally fast, and allow us to back up 64GB data in around three minutes. As compared to SD cards, the XQD cards are larger, lack the write-protection switch and have thrice the number of gold-plated contact pins. The outer shell structure is sturdier, and keeps the cards dust resistant and shockproof. Microsoft has also released a XQD G Series Registry Setting Tool for increasing the maximum USB size of the G class on Windows 7.

I tested these cards with the Nikon D5, and got brilliant results. The 64GB M class is a crowdpleaser as it satisfies the need of all photographers. However, the 128GB G class is perfect for high-end sports professionals who would use the camera’s extreme burst mode every now then. With a higher write speed of 350MB/sec as opposed to the 150MB/sec of the M class, one can use the camera’s buffer capability of shooting up to 200 RAWs continuously. The 64GB M class takes almost seven seconds to clear the entire buffer of the Nikon D5, whereas 128GB G class, amazingly, takes less than three seconds.

With an incredibly high rate of data transfer, these cards are perfect for all the ambitious photographers out there, and do complete justice to the Nikon D5 and D500. If this is not fast enough then, perhaps its time to recheck your basics on what photography is all about. Oddly though, the Indian MRP of the 128GB G class is Rs. 38,000. Not only it is strangely exorbitant, but you can also find the same card on Adorama and B&H for one-third the price.