The Sony FE 24-105mm f/4 G OSS is a rather competent standard-to-mid telephoto zoom that keeps up nicely with the resolution of Sony A7R III, that it was introduced along with. K Madhavan Pillai reports from the field. 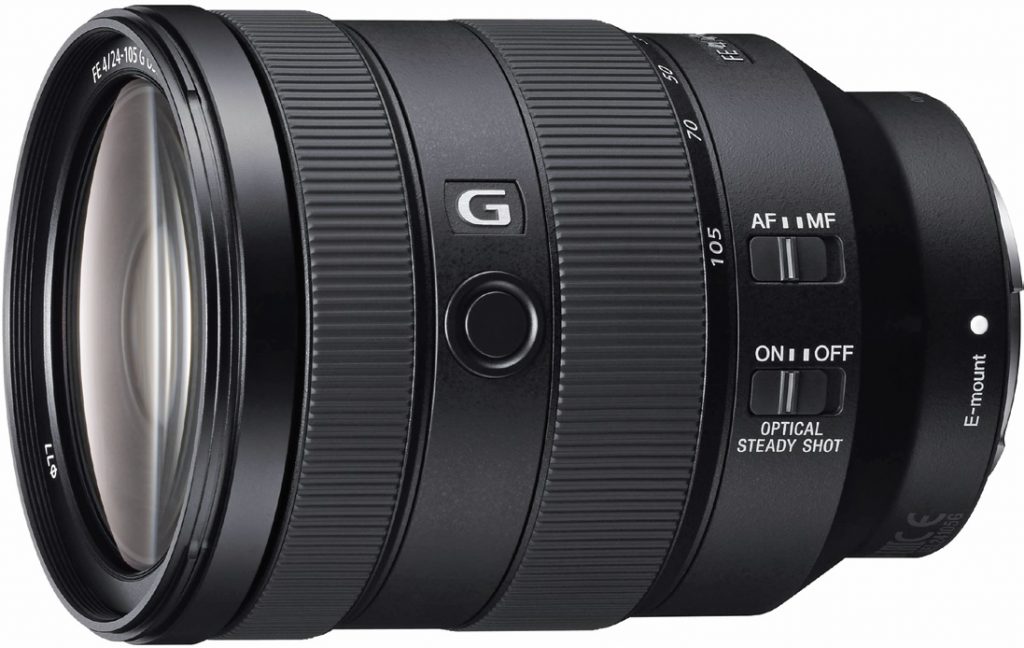 Positioned nicely in Sony’s lineup, the FE 24-105mm f/4 G OSS easily defines its own value as a multigenre lens, in between the excellent, more expensive 24-70mm f/2.8 GM and (succeeding?) the older but lower priced Vario-Tessar T FE 24-70 mm f/4 ZA that was launched with the original A7R. Being a G-type (that sits below the top tier G Master, or GM) lens, the 24-105mm promises a high level of overall quality. Meant for Sony’s A7 series of full frame sensor bodies, it can be used with Sony’s APS-C mirrorless cameras too, giving an equivalent of 36-157mm.

The 24-105mm is made of a complex design of 17 elements in 14 groups, including four aspherical (two advanced aspherical), and three extra-low dispersion elements to correct aberrations. It has a near-circular 9 blade diaphragm for natural blurs and circular bokeh. Sony’s proprietary Nano AR coating on elements help reduce flare and ghosting.

Quiet, quick AF is achieved using a Direct Drive Super Sonic motor that works best with third-generation A7 cameras, including A9. The lens features OSS (Optical Steady Shot)
that combines with Sony’s In-Body Image Stabilisation to provide 5-axis IS. It focuses to 0.38m, which is excellent for a lens of its kind.

The front of the lens is non-rotating, with a 77mm filter thread surrounded by a bayonet mount for the supplied petal-shaped hood.

A constant maximum of f/4 allows the lens to be smaller, lighter and better balanced than the 24-70mm f/2.8 GM. At 663 grams, it is also the lightest in its class, compared to equivalent lenses from other manufacturers. Despite its mostly plastic construction, it is sealed against moisture and dust, and quite well-built. All of this, and the fluorine-coated front element allows field use in difficult environments.

The 24-105mm is quite pleasurable to handle, with the broad, ridged zoom ring falling where the hand rests under the lens, and the customisable focus hold button positioned right next to the thumb.

The narrower focus ring operates electronically, but has dampened ends, making it easier to set focus at infinity. A 190° of rotation allows very precise MF. When the AF/MF switch is at AF, the MF ring is inactive unless DMF is selected in the camera, which then gives full-time MF override during AF.

Both zoom and focus is very smooth and has just the right level of resistance. There is no zoom creep lock, but during my time with the lens, this really was not an issue. 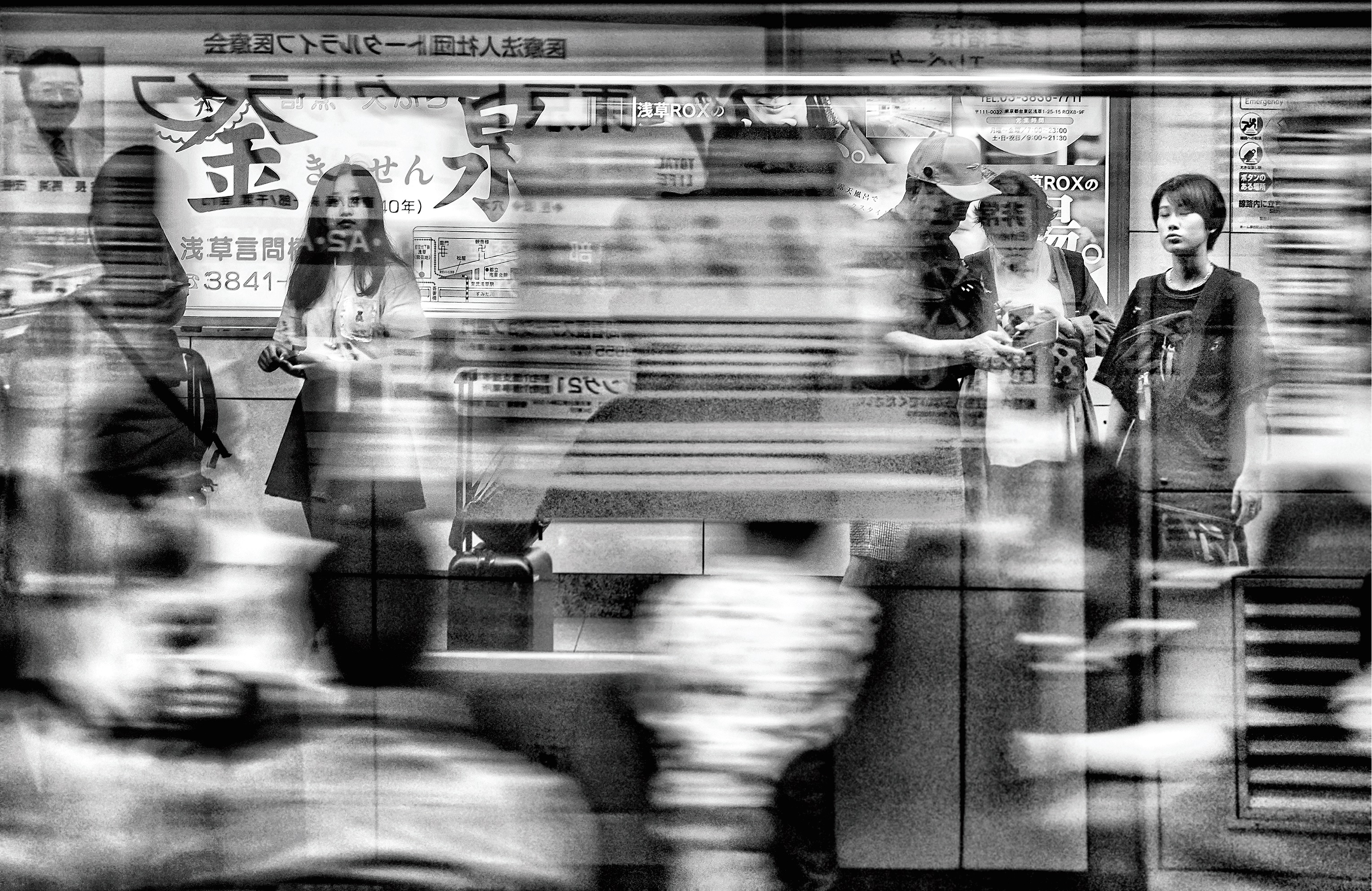 The conveniently positioned focus hold button on the lens barrel is quite handy in a number of situations, such as this one. It can be customised to a number of functions though, including for enabling Eye AF. Photograph/K Madhavan Pillai

On the A7R III, one needs to get used to the AF systems and customise its operations to ones most frequent uses. Once this happens, the 24-105mm does an admirable job with very silent AF, barely any hunting even in low light, and very few missed shots.

Optically, the 24-105mm is impressively sharp throughout its focal range. At 24mm at f/4, sharpness is quite extraordinary especially at the center, but there is vignetting at edges that might become problematic to correct at high ISO settings. Stopping down to f/5.6 largely takes care of this. At edges at the wide end, chromatic aberrations become more apparent against the light. But this corrects at 50mm onwards. Overall sharpness does go down slightly, and lower still at 105mm, but it is still appreciably sharp for the A7R III, and consistently so.

Distortions at edges become visible at 35mm or lower, but this is minimal, and easily corrected. Additionally, the 24-105mm displays extremely good control over flare, even with the sun in the frame.

Maintaining good optical quality on an extended zoom range, especially for a 42MP sensor, is a difficult challenge, and one that is admirably met by the Sony FE 24-105mm f/4 G OSS. Of course, it does not match the sharpness or optical finesse of primes, but with its precise AF, ergonomics, and build quality, the 24-105mm is an easily likable, sensible option that gives itself nicely to a large range of genres including portraits, landscape, travel, still life, etc., as an all-round, high-quality, multi-purpose lens.

While its price of Rs. 1,20,990 might seem a bit steep, it has no immediate competitors. As far as Sony lenses go, if you are looking out for a single versatile lens to have with you all the time, the Sony FE 24-105mm f/4 G OSS offers very good value for money.