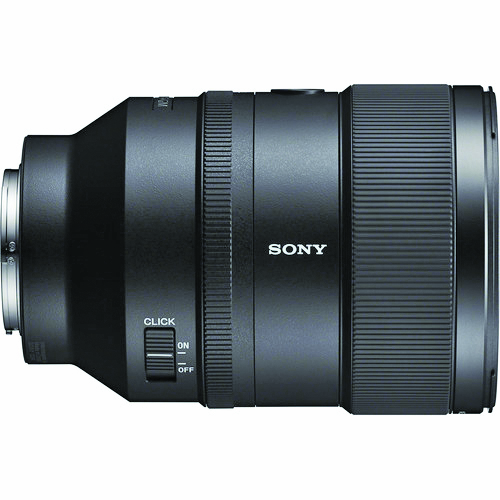 Sony’s G Master series has received applause from users around the world. The ninth edition in the growing arsenal of GM lenses is the FE 135mm f/1.8 GM, capable of delivering outstanding corner-to-corner resolution even at f/1.8, and bokeh.

Features
Constructed using 13 elements in 10 groups, along with XA (extreme aspherical), Super ED glass, and ED glass elements, it features a 11-blade circular diaphragm, for circular bokeh. It has an 82mm filter thread, a minimum focusing distance of 70cm, and a maximum magnification of 0.25x. Uniquely, the lens incorporates dual front and rear XD linear motors to achieve fast AF.

Sony has also included a Linear Response MF ring, two customisable focus hold buttons on the side and top (both work with only one setting), Nano AR coating, and a focus mode switch. There is also a focus range limiter switch with two options—the Near setting (0.7m–2m) is for close-ups of the face or extreme close-ups of details, and the Far setting (1.5 m–∞) covers medium, head-and-shoulders, and full-length portraits. The aperture can be de-clicked with a switch to enable smooth aperture ring rotation for video. Its dust and moisture resistant construction has a fluorine coat on the front element. It comes with a hood.

Handling
The 127mm lens weighs 950g. This would certainly seem somewhat heavy, especially on a mirrorless camera, but it is the lightest option available for the Sony a7 series. The 89.5mm maximum diameter of the lens dwarfs the a7R III that I was testing it with. But the lens is designed well and is comfortable to handle. The metal mount and lightweight magnesium alloy barrel gives the body a stylish finish. The buttons and the switches have been ergonomically placed, allowing you to change settings with the flick of your thumb and forefinger.

The broad focus ring with the rubberised grip is placed at the front, whereas the thin aperture ring is at the back. To make the aperture automatic, the ring features an ‘A’ symbol. Once you set it to that option, you can control the f-stops from the camera. The front filter thread doesn’t rotate on focus. The MF is extremely smooth with a large degree of rotation from closest to the farthest distance. Both the rings function extremely smoothly. 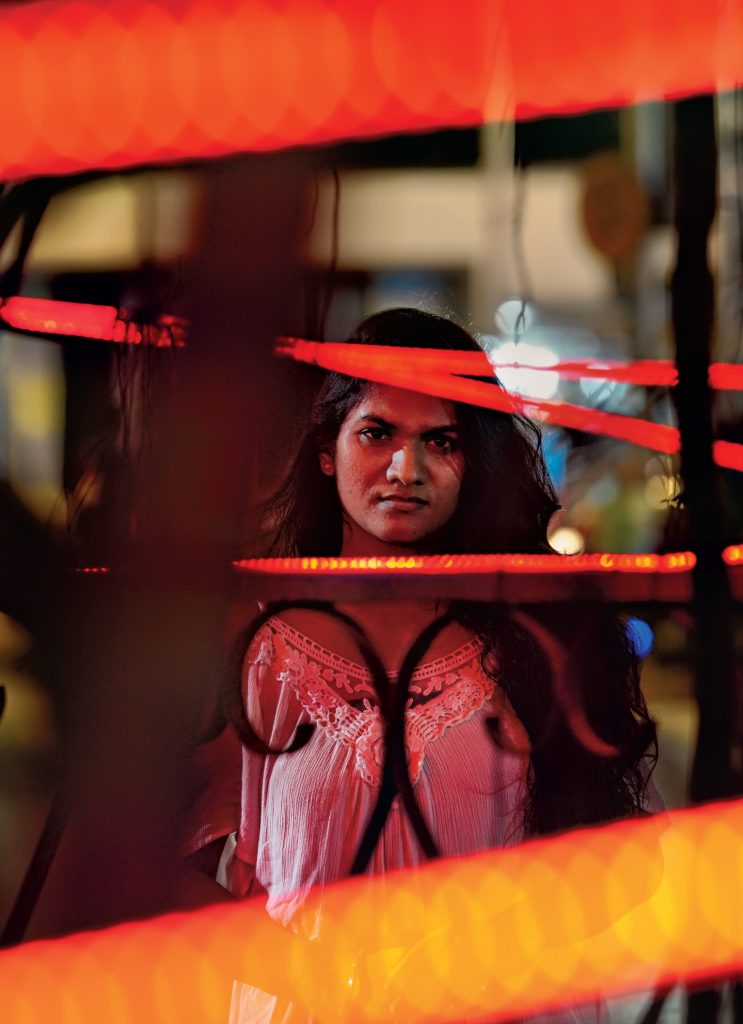 The lens perfectly rendered the bokeh in the foreground and the background. Exposure: 1/40sec at f/3.2 ISO 1250 Photograph/Nilofer Khan

Performance
The lens is remarkably sharp, especially at the center. The lens has soft corners at the widest aperture, which is not an issue for a lens of this nature. It completely disappears by f/4. The entire frame is sharp between f/4 to f/11. There is minimal vignetting around the corners at f/1.8, which improves as you stop down to f/2.8, and disappears by f/4. However, it is not visible unless you look at the edges of the frame closely. The lens produces rich colours and tones, and responds well to the camera’s colour controls. The overall image quality is excellent, with intricate details captured at all apertures.

Despite the a7R III’s various focus modes (including Eye AF), fixing focus handheld, especially during close portraiture, becomes critical at f/1.8, with exceedingly thin DOF, and focus frequently being missed. At these instances, I preferred stopping down to f/2.8 or f/3.5. The lens produces noticeable sagittal aberration (results in bokehs looking like the eyes of a cat) at f/1.8, especially at the peripheries of the image. This effect, however, is resolved at f/2.8. The lens shows incredible control over flare, ghosting, and pincushion distortion. Lateral chromatic aberrations and fringing are controlled excellently too. The AF is extremely precise and quick, but is expectedly slower in low light.

Conclusion
While the Sony FE 135mm f/1.8 GM is useful for portrait photography, I also found it wonderfully usable for street photography. The lens provides exceedingly sharp images at the widest aperture, good colour rendition, and well-controlled distortion and flare. Albeit a bit heavy, it is quite sturdy and can withstand challenging outdoor environments, including mild drizzles. Priced at Rs. 1,85,990, the lens faces competition from lower price options—the Sigma 135mm f/1.8 DG HSM Art and Zeiss Batis 135mm f/2.8. While the optical quality is excellent, the lens stands out for its additional features such as dual XD motors, de-clickable aperture ring, and two customisable buttons.