The second innings of an excellent compact camera, the Sony Cyber-shot DSC-RX100 II has a lot to live up to. Raj Lalwani puts it to the test.

Greatness is easy to acquire but way more difficult to maintain. We see this phenomenon with most things in life, and with gadgets, the maxim is more true than ever. With the sheer speed at which technology moves, human perception and expectations only race faster. These were the thoughts going through my head when I first held the Sony RX100 II. As the name suggests, the camera is the second iteration of the RX100, a fabulous compact camera that had swept most of Better Photography’s Excellence Awards in 2013.

Features
Before talking about version II, it is worth recalling why the original RX100 won so many hearts. It was the first pocketable digital camera that had a sensor as large as 1 inch. This was revolutionary, especially because the camera also combined a large 20.2MP count with an excellent 24–100mm Carl Zeiss lens that was a fast f/1.8 lens. Its pocketable nature has made it a favourite with serious photographers who want a carry-everywhere camera without too much of compromise.

Almost all of this can be said about the RX100 II as well, but there are a few key changes. First, the sensor, though of the same size and megapixel count, is now backside illuminated, and performs much better in low light. This actually makes it the largest BSI camera sensor in production today. Considering that the original RX100 is no slouch in low light, I was intrigued as to whether the officially stated ‘40% improvement in low light’ is a claim that shows up in the real world. Needless to say, I was also quite excited by it.

The company also states that the BSI technology helps improve autofocus performance in low light, another point where the older RX100 did an excellent job as well.

There are some other significant changes, which really mark the difference between these sibling cameras. The RX100 II has a hot shoe and a tiltable screen. While these are definitely value additions, they do increase the physical size of the camera.

The hot shoe is a Multi-interface one, like the one found in the NEX-6. This allows you to either mount an external flashgun or wireless trigger, or attach a dedicated microphone, and, most importantly, an optional electronic viewfinder.

The RX100 II is a 2013 product so WiFi/ NFC support has been introduced. At first, I wondered if this was something that would make a real difference to the target audience of this camera. Besides immediate file transfers and sharing, the NFC (Near Field Communication) also allows you to control the camera remotely.

The video capabilities have been bolstered slightly. The RX100 II can shoot 1080p footage at 24fps as well.

Handling
As mentioned earlier, the hot shoe and tilting screen make the camera slightly larger. The increase in depth is actually minimal, but the design is not as linear and straightforward anymore. The protrusion created by the hot shoe makes the camera a very awkward fit in a jeans pocket. This has robbed the camera of its comfortably pocketable nature. In fact, there were occasions when the Power button would get pressed on its own while the camera is in one’s pocket, forcing the lens to come forward and then get stuck.

The rest of the handling is very similar to the original RX100. It is a camera that keeps things simple enough for casual users, but also offers a large degree of hands-on control, especially through its Canon S90-inspired Lens Control Dial. To really get the best possible experience out of the camera, one must spend some time considering how they are going to customise the controls. Do you use a lot of flash? Set quick access to Flash Exposure Compensation and Flash Mode. Or do you wish to quickly shuttle between subtle colours and high contrast B&W? You could then set one key to switch between RAW and JPEG since the High Contrast Monochrome is a JPEG-only mode. If these choices are made judiciously, this is a very rewarding camera as it handles and respond quickly enough to get the shot on field.

The usual Sony quirks are present. The Picture Effects cannot be used in RAW. The irony is, if you are shooting RAW for your regular work and then spot a situation in which you wish to use one of the Effects, you first need to change the Quality setting and then choose an Effect. Quite cumbersome, this.

The direction in which the Lens Control Ring is turned, as opposed to the visual guide shown on the screen, are conflicting and confusing. Playback of stills and video is separate, which makes life extremely difficult if the last thing you shot was a video and then you wish to empty the card of some older stills. 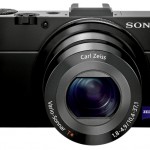 The front of the camera is rather minimalistic, with a tiny ridge that gives better support while gripping a camera as small as this one. The Lens Control Dial is a ring around the lens that can be set to adjust essential shooting parameters. 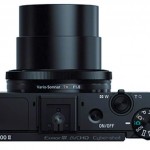 The hot shoe is a useful addition, but it can be debated as to whether a tiny camera like the RX100 II ought to be used with accessories in the first place. Most users don’t need them and the design change has made the camera less pocketable. 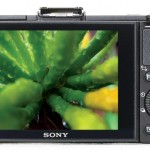 Almost every function and button can be customised which makes the camera handle really well on field. The screen is of excellent quality and is easy to view even in the harshest of sunlight. The tilting mechanism is useful,especially while shooting video.

Performance
There is not much to criticise in terms of quality. Until this camera, the old RX100 remained the best compact camera with a zoom lens because of its unique sensor sizebody size ratio. The RX100 II takes the crown from its older brother, and takes the quality level, one notch higher.

Dynamic range is very good and the sharpness and detail, excellent. I only wish there was an option to completely switch off Noise Reduction. The Sony NR algorithms are always a little too indulgent, a little too crude, which is why you need to shoot in RAW if you are using higher ISOs. Battery life is sub par if you shoot a lot of video, but for regular stills usage, it is quite good.

Conclusion
There is no doubt that the RX100 II is better than the older version in terms of features and quality. But the crown comes at a price of Rs. 42,990, which is Rs. 10,000 more than the original RX100! We all know how the rupee-dollar relationship is going through a rough patch, but even abroad, the RX100 II is more expensive than the earlier camera was, at launch. And consider this. At the time of writing this, the old RX100 is still available in the market.

So is the RX100 II really that much better that you would pay a premium to get it? Sadly, the answer is no. A major reason for this is the fact that the RX100 was a revolutionary camera that remains unmatched even today. This second version makes the right moves, but it is largely evolutionary. The low light quality and AF are better, but not by much… the RX100 already excelled in both these aspects.

The camera has several options for focus peaking that make it easy to prefocus and wait for the subject to pass by. The OSS performance is effective up to 4 stops. Photograph/Raj Lalwani

The ability to use an EVF is fantastic, but despite the higher price tag, this EVF remains ‘optional’ and will have a cost of its own. If you simply want fantastic quality in a small size, the Sony NEX-3N is almost Rs. 14,000 cheaper. If you want quality with connectivity, the QX100 lens module has the same sensor and costs Rs. 18,000 lesser.

And of course, if you want a combination of great quality and handling in a pocketable package, the original RX100 is probably your best bet. And thus, the irony. The title of the best compact with a zoom is now with a new contender, but you would rather get the older king, the original RX100, while you can.

Performance
Average battery life,excellent quality both in stills and video
38/40

Ergonomics
Useful Lens Control Dial, not as pocketable as the earlier
16/20

Who Should Buy It?
Those who do not mind paying a price for a few new features.

Why?
It is an excellent camera for street and travel, but the larger dimensions and much larger price tag make the old RX100 more appealing.