The third member of the RX family, the Sony Cyber-shot DSC-RX10 is here. Supriya Joshi finds out if it continues the legacy set by its predecessors.

Figuring out what a consumer needs from their cameras is a difficult study, but it is a study camera manufacturers must do. I wonder what discussions occurred at Sony’s HQ when they were working on the new RX10. Maybe it went a little something like this:

“Consumers need a good zoom range. What should be done about this?”

“Excellent! That will help us bring in the bokeh enthusiasts.”

“While all that is true, image quality must be paramount.”

“Now that we have our basics covered, let’s decide the price.”

Features
Camera pricing concerns aside, bridge superzoom cameras have always excited me, and the feature set of RX10 was quite fascinating. With the RX10, Sony has tried to give the consumer the best of two worlds… the legendary R1’s concept of long zoom range with the much-loved RX100 II’s backilluminated 1-inch Exmor CMOS sensor.

The sensor is considerably larger than the other superzooms available in the market today, specially its closest competitors, Panasonic FZ200 and Olympus Stylus 1. On paper, coupling a fast f/2.8 lens with the 1-inch sensor only means better low light performance, which the company claims it does anyway.

The f/2.8 Carl Zeiss lens is very versatile, allowing you to move between focal ranges 24–200mm (in 35mm parlance). In DSLR equivalent terms, that is like going around with a bag full of lenses.

The other features of the camera include approximately 10fps shooting in Speed Priority mode, 1080/60p video with full-sensor sampling and built-in 3EV Neutral Density filter. To keep up with the connectivity demands of today, Sony has also included WiFi with NFC in the RX10. You can also control the camera using the PlayMemories app on your Android or iOS device.

Except for transferring images from the camera to my phone, I did not much care for the app… it was too bland looking, sometimes taking too long to connect to the camera. The connection between the camera and the cellphone would also drop on some occassions. Plus, with the app, you can only shoot images in Auto mode. I hope Sony can rectify this in the future, allowing users more control over the shooting preferences while using the app.

Wrapping up the feature set of the RX10 are the tilting 1.23 million dot rear LCD and a 1.44 million dot OLED viewfinder. Despite using a wide aperture, the Flexible Spot focus mode allowed me to be extremely precise. Exposure: 1/1000sec at f/2.8 (ISO 100). Photograph/Supriya Joshi

Handling
These days, telling apart most bridge cameras from DSLRs is almost impossible. The RX10 falls into this category. The design and ergonomics of the RX10 is very similar to entry level DSLRs, including those from Sony’s Alpha range. The camera body is weather- sealed and made from magnesium alloy, so it is not lightweight by any means.

The 24–200mm equivalent lens is controlled electronically, which can also be adjusted using the zoom barrel on the lens. The problem is, the zoom barrel is located right next to the aperture control ring. If you’re not paying attention, you might just be changing apertures instead of zooming into the frame. Moreover, since zooming is electronic, it is slower than if it were controlled manually. But, this translated well while making videos.

The Sony RX10 features a 3.5mm jack for external microphones, another 3.5mm jack for headphones, a Micro HDMI port and a USB / MULTI port which can support an optional cable release accessory.

There is a small switch next to the lens barrel which can be used to choose between Single AF, Continuous AF or Manual focus. This on the fly approach bode really well with me. 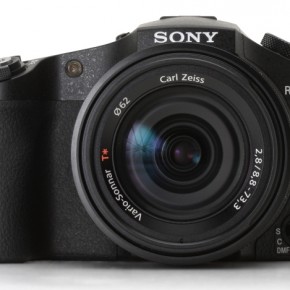 The front of the camera features the bare minimum, with a sturdy hand grip for better support. The Focus mode switch is used to switch between auto and manual focus. The DMF mode allows the camera’s lens ring to control focus rather than zoom. 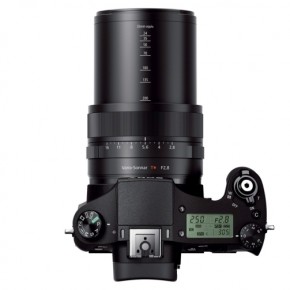 The onboard pop-up flash must be opened manually. The LCD display provides important shooting information, and you can illuminate it during low light situations using the back-illumination lamp. The exposure composition dial allows +/- 3EV control. 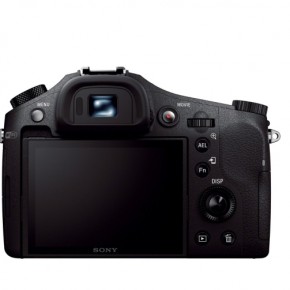 The tiltable LCD screen is of great quality and is easy to view even in the harshest of sunlight. The tilting mechanism is useful as well. The Fn button quickly brings up the important settings and makes changing them an easy activity.

The user interface is made for the layman, and was quite easy to get a hang of. There are plenty of dedicated controls on the camera and customisable button as well. There is also a monochrome LCD on the top of the camera which displays the important image settings… but there is no ISO information! You can only see it once you press the ‘C’ button next to the EV dial. I wish this didn’t have to be a twostep process.

The battery life was quite good… you can spend a day shooting, with enough battery life to spare. Plus, the camera indicates the percentage of battery life left, which is very useful. Moreover, the camera is charged with micro USB, which means you can use your smartphone’s charger to juice up the RX10.

Performance
Let me tell you upfront, the RX10’s image quality is superb and I really appreciated the kind of images the camera allowed me to make. The dynamic range was very good as well. The AF abilities of the RX10 were excellent, though it did have a few hiccups at the telephoto end of the zoom range, but these were few and far between. Flexible Spot focusing was very precise and useful when using wide apertures.

My biggest grouse with the RX10 is Sony’s in-camera JPEG converter, which tends to soften details. There is a marked difference between the RAW files and the JPEGs, and I wish it wasn’t so.

The video quality was fantastic, because the entire 1-inch sensor is sampled and every pixel is used to create movies. Shutterspeed, ISO and aperture can be adjusted when shooting videos.

The low light performance of the RX10 is pretty decent… the large sensor in combination with the f/2.8 aperture means that you don’t have to move to higher ISOs too soon. Even though they work only in the JPEG setting, the Picture Effect settings have some great modes. Used here is the High Contrast Monochrome mode. Photograph/Supriya Joshi

Speaking of ISO performance, the RX10’s sensor is the same as the RX100 II’s, so there really is no difference between the two. The lower and middle spectrum of ISOs handle noise exceptionally well, and even shots made at ISO 6400 are passable if you are simply looking to upload them on social media websites.

The RX10’s lens controlled distortion largely well. At 24mm, there was very little barrel distortion, which went away completely as you zoomed in.

Conclusion
Let’s go back to the beginning of this review, the camera’s pricing. Rs. 84,990 is a lot of money, and the RX10 is not a high-end DSLR. So, is it worth the amount?

The answer to that is pretty straightforward. DSLR lenses that give the zoom range that is present in the RX10 cost about as much as the camera. For about the same price as an entrylevel DSLR and lenses ranging from wide angles to zoom, you get one superzoom camera which offers you a lot more.

Moreover, the RX10 doubles up as an excellent video camera. If you are a serious videographer or someone who simply wants to make videos of your travels, the RX10 will serve you well and more.

But then again, Rs. 84,990, for the most of us, is not a small amount. But for a camera whose pros far outweigh its cons, the RX10 is a camera you should certainly consider. You can go from wide to tele in a matter of a few seconds. Coupled with the quick AF, shooting was quite a breeze. Photograph/Supriya Joshi

Who should buy it?
Someone wanting to invest in an all-encompassing camera.

Why?
If you have Rs. 84,990 to spare, the RX10 is one of the best superzoom cameras around. It handles stills and videoss with equal efficiency. 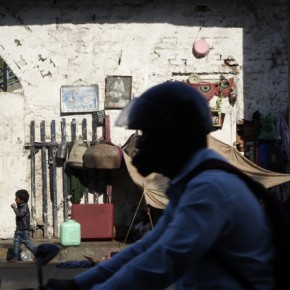 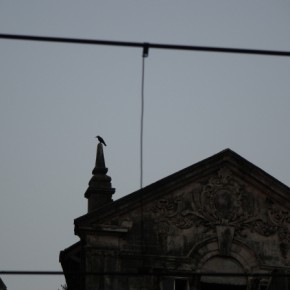 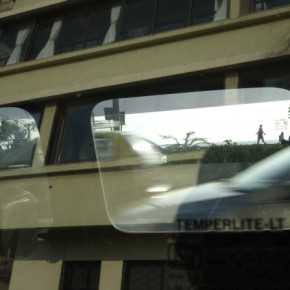 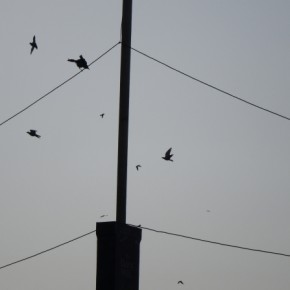 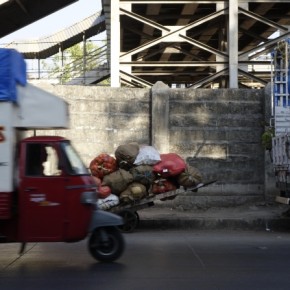 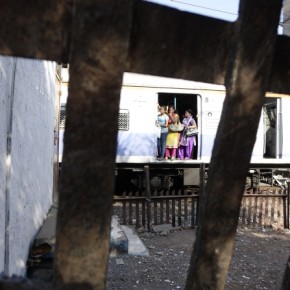 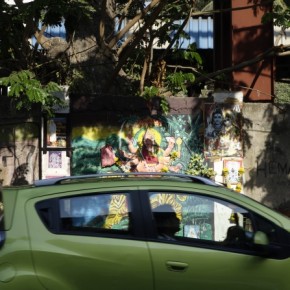