Sony Cyber-shot DSC-RX1: One of a Kind In quite a twist to the story, the only full-frame fixed lens digital camera in the world, the Sony Cyber-shot DSC RX1, puts K Madhavan Pillai to the test!

Very few other cameras have consumed as much mindspace in recent months as the Sony RX1. The minute the BP team learnt about the price tag of Rs. 1,79,990, suffice to say that it did more than just raise eyebrows and drop jaws. Apart from other, more vociferous reactions, the common exclamation was…‘what were they thinking?’ The answer to that was not evident by simply glancing through the list of features. Despite the fact that Sony was bold enough to attempt a full frame compact, the pricing seemed ludicrous.

My personal opinion began to change the day I got my hands on the camera. The possibilities with the RX1 challenged my skills as a photographer. It often tested my patience as well.

Features
The RX1 is a 24.3 megapixel 35mm full frame compact camera with a noninterchangeable 35mm Carl Zeiss Sonnar T* f/2.0 lens. This alone makes the camera unlike any other camera in existence.

A full-frame sensor promises an imaging performance that is at par with other recent full frame DSLR introductions in terms of low light capabilities, colour, dynamic range and detail. The Sonnar (successor to the venerable Tessar of Rollieflex fame), was originally developed in 1929 by Carl Zeiss, primarily for rangefinders. It is known for its simplicity in design, sharpness and flare control. Modern variants, with newer lens coating and aspherical lens elements, have been acclaimed for their optical brilliance.

Now, imagine the possibilities of a Sonnar lens, custom built and fitted for a specific full frame sensor, packed into the body of a compact camera! No more backpacks! Especially considering that the pathbreaking Nikon D800 and D600 sensors are both made by Sony, I found the prospect quite exciting. Up against the noonday sun, this image shows off the excellent control over flare afforded by the Carl Zeiss Sonnar of the RX1.
Exposure: 1/200sec at f/22 (ISO 100) Photograph/ K Madhavan Pillai

However, the first automatic question that came to mind was about speed. Does it really shoot continuous frames as fast as a DSLR would? What of focus? The RX1 uses contrast detection AF which is not going to be as fast as a DSLR with phase detection. The camera allows full time AF and MF, and assisted MF through Direct Manual Focus (DMF). Within AF, photographers can choose between multi-point focus, user defined flexible points, or center point. Both Focus Tracking and Face Tracking is available in the RX1.

MF is fly-by-wire. You can have the image magnified to assist when focusing manually. To help with MF, there is also a feature termed as Adjustable Focus Peaking that highlights the areas of highest contrast on the LCD, but only in the magnified view.

The RX1 boasts of a shooting speed of 5fps at full resolution, with the focus locked at the first frame. The camera sports all the shooting modes found on a DSLR, plus 13 scene modes found in most compacts as well as creative styles to produce high-key and low-key images. What I particularly liked was that the RX1 lets you adjust contrast and color saturation for each creative style separately. Also present are multi-shot scene modes pioneered by Sony, including the useful Handheld Twilight mode, and the fun Sweep Panorama mode. Of course, these modes don’t record images in RAW.

The movie mode shoots upto a resolution of 1980 x 1080, 60p. An audio input jack is included for an external microphone, but there are no manual audio controls available in the camera.

The RX1 boasts plenty of display, playback and customisability options. This brings us to its handling. The sensor and lens pairs superbly well. I was extremely thrilled to see a very high level of detail and sharpness. Exposure: 1/8 sec at f/8 (ISO 400) Photograph/ K Madhavan Pillai

The all-metal camera feels great in the hand, but it is quite diminutive. While the functions and controls are all extremely well placed, it takes a while to get used to the tiny grip. At least initially, there is quite a bit of fumbling around. For instance, the focus limiter ring that switches between macro and normal shooting lies in between the aperture and focus rings. There were a number of times when I inadvertently shifted it without realising it, and desperately tried to get the camera to focus.

That said, manual focus has never been this good in a compact! The fly-by-wire focus ring is smooth, and the magnified view as well as Focus Peaking works superbly well. My only issue here was that the focus kept resetting every time the camera was turned off. While this may not seem like much, it becomes quite frustrating when the lens is a beautifully sharp 35mm, and you want to use hyperfocal distance settings. I still fail to understand why an automatic hyperfocal distance mode cannot be built into cameras like the RX1.

The aperture ring is an operational highlight. It rotates and clicks crisply between f/2 and f/22 in increments of 1/3rd stops. The lacuna here is that the ring becomes useless in the program mode, or in any shooting or custom mode where the aperture is automatic. Rotating the ring at these times does not really change the aperture, and neither can it be customised for any other setting.

There are no less than five fully customisable buttons, along with three user definable custom shooting modes on the main dial. This makes it quite easy to set the camera controls to suit your specific style of operation. There is a useful FN or Function Menu button that throws up a large array of settings. I wish this menu was customisable as well.

There is no viewfinder. It is difficult to expect one on a camera of its size. However, Sony could have made the LCD tiltable. Both an EVF and a Carl Zeiss OVF is available as accessories. Both are atrociously priced (you can buy the RX1 for the price of about 5 OVFs) and they are not available on Sony’s India website. And yes… if you manage to buy an EVF, it can tilt upwards!

The battery charges within the camera via USB, either using a computer or through the supplied USB AC adapter, which I find incredibly silly for a camera of this nature! Not only does it take almost four hours for a full charge, it is cumbersome. A stand-alone charger is available as an accessory too. Fortunately, it is available in India and it is not very expensive at Rs. 2990.

Another expensive accessory, that is not available on the Sony India website, is the lenshood. In Sony’s American website, the lenshood costs 3.6 times as much as the charger. Now, do the math!

For the price of the RX1, Sony should have bundled the lenshood and the quick charger with the camera. All of these affect handling, and eventually, the performance. 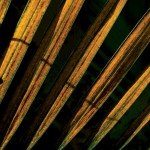 Excellent Control over Colours and Contrast- The colours of JPEG files were vivacious, if a little oversaturated, straight out of the box. However, both colours and contrast can be fine-tuned to just the way you like it. Photograph/ K Madhavan Pillai 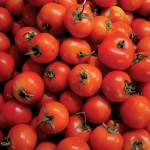 A Brilliantly Wide Dynamic Range- The extremely versatile dynamic range of the RX1, as seen in the RAW files, is second only to the class leading Nikon D800 and seems slightly better than the Nikon D600! Photograph/ K Madhavan Pillai

Let’s do some more math. It takes about four hours to charge the battery. It runs out in about two hours, or three hours if I conserve it, or in less than 200 shots. If I were to go on a photo holiday, I would need three spare batteries and a spare charger. I would also have to set an alarm on my phone, and wake up in the middle of the night to replace the charged batteries with the depleted ones. And, of course, the batteries are not available on Sony’s India website.

The only other major performance gripe I have with the RX1 is with low light AF. It fails to lock on patterns or textures, even distinct ones. For example, while shooting decorative lights against the night sky, I was forced to switch to manual focus.

Now for the good part… the 35mm Sonnar along with the full frame sensor produces phenomenal quality that is only surpassed by the flagship DSLRs of Nikon and Canon. I was thrilled to see the high levels of near perfect center-to-edge sharpness that the lens delivers, almost all across the aperture range. Control over flare and vignetting is superb. Chromatic aberrations were barely visible. There is a very slight visible distortion with straight lines at the edges of the frame. Simply put, the 35mm Carl Zeiss Sonnar T* sets the benchmark for 35mm fixed focal length lenses today. 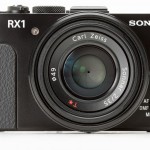 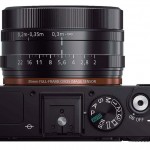 Visible on the lens are three rings for MF, limiting the focus between normal and macro, and the aperture. Both the mode dial and the exposure compensation dial are well designed. Note the three user defined modes on the mode dial. 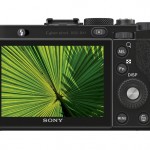 The back is dominated by the large, bright LCD. Three directions of The 4-way controller can be customised, with the fourth dedicated to the display modes. The Fn button brings up the rather elaborate Function menu on the display.

The sensor is amongst the best full frame sensors available. It effectively takes all the details thrown at it by the Sonnar and resolves it to perfection. High ISO performance is excellent. There is a lot of latitude that the sensor belts out, making RAW images rich in latent detail. This allows the user of the RX1 a lot of freedom in finetuning the camera’s creative controls for producing excellent colours and tones with the JPEGs too.

In the end, I actually found myself forgiving all the other faults of the camera just because of its superb image quality.

The Sony Cyber-shot DSC-RX1 is far from perfect. Perhaps it would have been better if Sony had offered fewer features, but got them right. When the performance is so good, the flaws strongly come to the fore as well. Sony also needs to do some serious rethinking about what they bundle along with the RX1, so that it makes a good buying proposition.

If you can accept that quality trumps all, if everything else is tolerable, you will certainly be very happy with the RX1.