Sony Alpha 99: Quite an Oddball The first ever full frame DSLT is unique, but then, is the Sony Alpha 99 different simply for the sake of being so? Raj Lalwani ponders.

James Bond must be using a Sony Alpha 99. I don’t know if it is just me, but from the time I started using this new Alpha full frame, I started imagining it to be a gizmo from a 007 thriller movie. It packs in a lot of innovation, isn’t really what it looks, and can perform neat tricks with a sense of flair.

But photographers usually prefer cameras and not gadgets. There is a definite difference between the two, and a feature-packed camera is of no use to a pro, if the promises do not translate to onfield performance.

Features
So that is what I decided to find out, when I first started using this full frame camera with a difference. The 24.3MP Alpha 99 takes on a completely unique path as compared to Nikon and Canon’s full frames, and that is what makes it so interesting.

After all, have you ever seen a full frame camera that shoots Full HD 60p video, with continuous autofocus? Or one that has a tilt-and-swivel LCD? Maybe one with in-body stabilisation? A full frame that can make panoramas without postprocessing? Or has Picture Effects like Toy Camera that are usually seen in compact cameras? Or of course, a full frame DSLR-style camera that is not a DSLR… the camera adopts the SLT technology that Sony has been using for the past few years.

The new Depth-map Continuous AF function speeds up tracking AF, as long as you tell the camera at what distance you expect your subject to be. The 102 points seem impressive on paper, until one realises that these are accessible only while using six particular Sony lenses. Its regular 19-point AF system is good, but certainly not the best at this price point. Moreover, even while using 102 focusing points, the sensors are so packed in near the centre of the frame, that the practical application seems rather restricted.

Like all SLTs, the camera’s viewfinder is electronic. Unfortunately, Sony has decided to exclude an onboard flash.

Like its peers, the camera allows you to transfer uncompressed video via HDMI. One can monitor sound using headphones and the camera also has Real-time and Lip-sync settings to further control the output.

It is, in a way, a unique set of video features. The autofocus functionality ensures that the camera can be used efficiently by a video newbie as well, but professionals will be more than happy in terms of the amount of control they get. Handling
Like the RX100 and NEX-7, the camera has focus peaking, which is extremely useful for manual focus. The overall handling is decent, but with the sheer number of buttons (some of which are weirdly labelled), one needs to spend quite a bit of time with the camera to fully understand it.

Once I got a little comfortable, I started enjoying certain things. There is a useful joystick and as many as five customisable buttons! An innovative Silent Control Ring is ideal for videographers as it allows them to change settings without affecting the audio of the footage. It can help adjust still photo functions too, but in practice, it is a little difficult to use since the ring is quite loose.

Battery life is a serious problem with the Alpha 99. It is better than the other DSLT models, but when compared to full frame DSLRs, the Sony falls short significantly, probably due to the fact that either Live View or the EVF are continuously switched on. If you are a professional, you would want to invest in extra power.

The camera may not score too high on looks, but it feels good. It is also quite lightweight, despite a solid magnesium alloy construction. The mode dial has a lock, but unlike cameras like the D600, this lock actually works quite well. 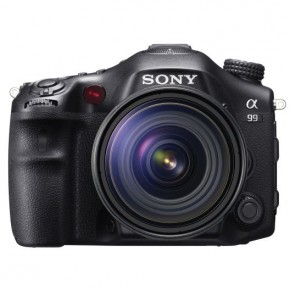 The Silent Control Ring can be accessed by the left hand while shooting, and helps change settings. Since there are no hard buttons to press, it is invaluable while shooting video, but a little confusing to use for stills. 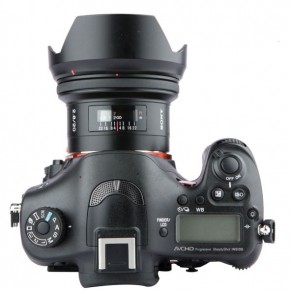 As a welcome change, Sony does not have the same proprietary hot shoe as previous cameras. Now, you can mount standard flashguns with slightly limited control. The mode dial lock is smooth and useful, without being an irritant. 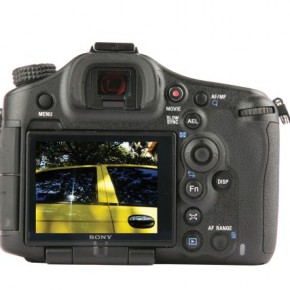 This is the only full frame camera in the market that has an onboard Electronic Viewfinder. It is definitely a different experience from conventional OVFs, but an EVF can be very useful to gauge the final result of the photo.

Performance
My problems started after I had customised the camera. I decided to set one of the shortcut buttons to Quality, to switch between RAW and JPEG. I did this because I wanted to use the High Contrast Monochrome Picture Effect. Now, Picture Effects get disabled while shooting RAW, so customising a button to toggle between RAW and JPEG was actually a neat trick to switch between colour and B&W.

All this was perfect until the battery levels fell. As a power conservation practice, I started switching off the camera when I wasn’t using it. But whenever I would switch it on, it would take a long time to start up! Despite the fact that the camera was set to RAW (and hence, colour), the initial preview in the EVF showed a black and white feed. After struggling for four seconds, the camera identified the fact that it was actually set to RAW and then showed the colour feed! This was a quirk that I experienced only while using Picture Effects, but it is still shocking performance from a pro camera.

The autofocus is pretty good, especially when combined with the lenses that allow you to use the Dual AF system. However, one must remember that the 102 AF points do not cover a large part of the frame though, a problem that is there even with the Nikon D600. So while it may sound astounding on paper, it does have its caveats. That said, when the subject falls within the AF sensors, the focusing is blindingly fast and accurate.

I was relieved to see that unlike previous Sony SLTs, the JPEG engine is a lot more refined. After all, this is the first Sony SLT that allows you to switch off noise reduction, which was something that badly affects the JPEG files of the cheaper SLTs. However, I was surprised to see that the high ISO photographs consistently had more noise than the D600. I am making the comparison because the Nikon is said to have a very similar sensor, and is lesser in price. The light loss that takes place due to the SLT technology, while minimal, does seem to have affected the resultant quality to a certain degree.

And that brings me to something that I have been pondering about, ever since I first read about the camera. Sony’s SLTs have charmed us in the past, but was it necessary to have a translucent mirror in their flagship camera? It may have the best EVF in the world, but it still does not even come close to the experience of using a full frame optical viewfinder. When we see SLT cameras like the A57 and A77, even purists would not mind the EVF because it is bigger and more practical than the tiny OVFs seen in entry-level DSLRs. In a full frame arena, this viewfinder falls short.

Also, while SLT technology’s highlight is supposed to be speed, with continuous autofocus activated, the camera only shoots 6fps, which even cheaper full frame cameras manage. The 12fps mode seems like a gimmick in a camera that is so expensive, because the A99 takes a long time to write the files to the card.

It is obvious that the SLT technology has been implemented because of only one reason—autofocus in video. And eventually, with the several still photography quirks that the camera has, the excellence in video is the saving grace… the raison d’être. This ISO 6400 image retains detail well, but the noise in the shadows is more than that seen in the D600—surprising, considering they are said to have the same sensor. Photograph/Raj Lalwani

Conclusion
There is no doubt that the Sony Alpha 99 is a fantastic video product. The quality of footage is better than any other full frame, and the utility of autofocus during video recording is something that will make this cexpensive amera a favourite amongst multimedia journalists and documentary storytellers.

But in trying too much, the A99, for stills, comes across as an overtly enthusiastic contender who is trying to crack one punchline too many.

Make no mistake, it is a good camera. But in 2012, when even entry-level DSLRs serve well for most kinds of photography, is ‘good’ good enough? In this age of cutthroat technology, it is important to rate a camera in comparison to its peers… on whether it really makes sense to invest so much money.

The Sony’s image quality is competent, but not as good as that of the D600, a camera that costs significantly lesser. Let’s not even start comparing it to similarly priced models like the D800 or 5D Mark III. The SLT decision, which actually makes this the video powerhouse that it is, is also counterproductive, and might be the one reason to steer away still photographers.

At Rs. 1,79,990, it remains the best video camera that a professional would want. For stills though, in trying to be too different, the Sony Alpha 99 stands out a bit like a sore thumb. Its startup time is nowhere close to ideal, but the A99’s shot-to-shot time is admirably quick. Autofocus is not as good as, say, the D800 or 5D Mark III but it is very accurate. Photograph/Raj Lalwani

Build Quality
Strong chasis that is made of magnesium alloy, weather sealed
13/15

Who Should Buy It?
Professional filmmakers and multimedia journalists.

Why?
For still photographers, the Alpha 99 may be alright, but it is more expensive and nowhere near as good as the competition. In terms of video, this is the best that there is! 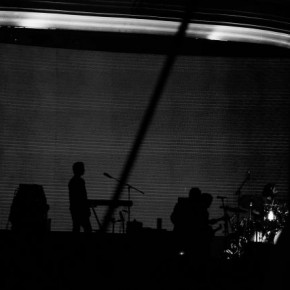 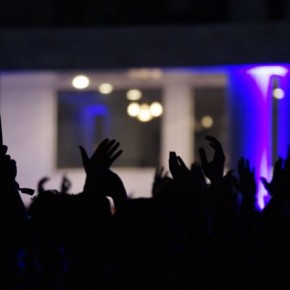 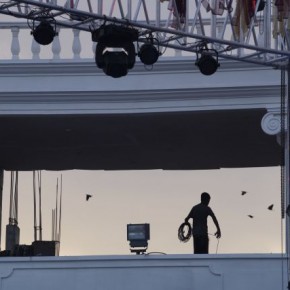 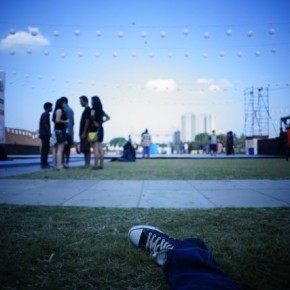