The long-awaited Sony Alpha 7S III comes over five years after its legendary predecessor. The scenario has changed since then. Does it still maintain its competitive advantage? K Madhavan Pillai finds out. 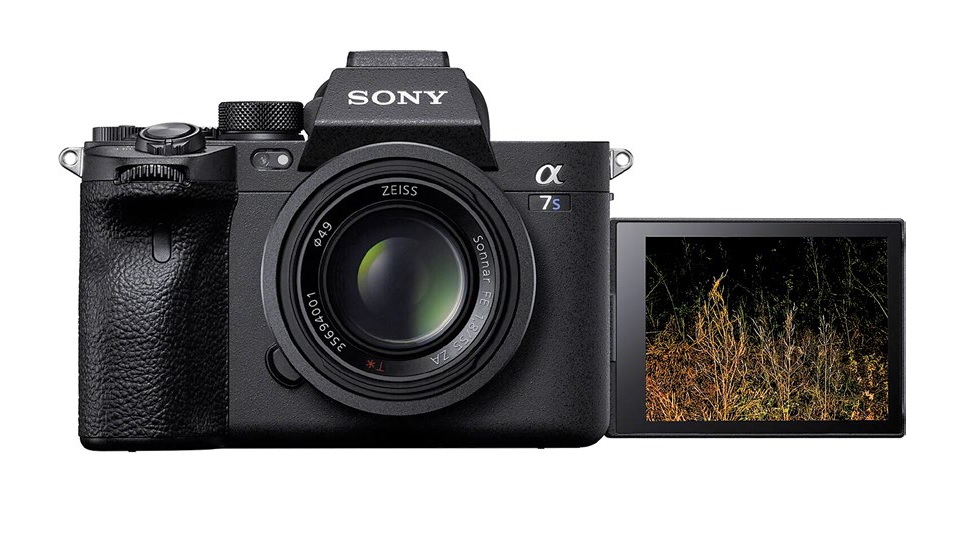 With video, things seem to be back into the numbers game. 2k, 4K, 6K, and now 8K. When the Alpha 7S II launched five years ago, it was a market where professional 4K products were rare. The Alpha 7S III does not have the same, immediate benefit of a pristine market as its predecessor. 4K and UHD have now become common parlance with many cameras, and cellphones as well, and the ecosystem is maturing in India.

However, what many new buyers fail to consider are the enormous file sizes, massive storage, processing environment, and specialised displays and equipment needed to work with high quality, high resolution 8, 6 or even 4K footage. And when you are talking of a RAW workflow with cinema, that’s a whole different ball park.

As far as buying behavior and usage is concerned, the fact is that those who purchase 4K television sets in India today, do so because of smart marketing, and usually end up watching Full HD or HD content on them. Adoption of UHD or 4K is slowly taking off though, primarily with several over-the-top (OTT) media services offering 4K, and compatible streaming devices, more available over the last six months or so. Beyond all this, of course, is internet bandwidth, which is a whole different story. The fact remains that few in India have experienced the brilliance of well produced high quality 4K on a good 4K display. And I expect that it will be five years or more, before it becomes truly common in India.

So there is no doubt that 4K, more than 6 or 8K, is more relevant now than ever before. Sony’s strategy of making the Alpha 7S III (or A7S III) a low light 4K video specialist is right on the money. It takes what’s necessary and delivers it with a new level of finesse. Let’s take a look under the hood. 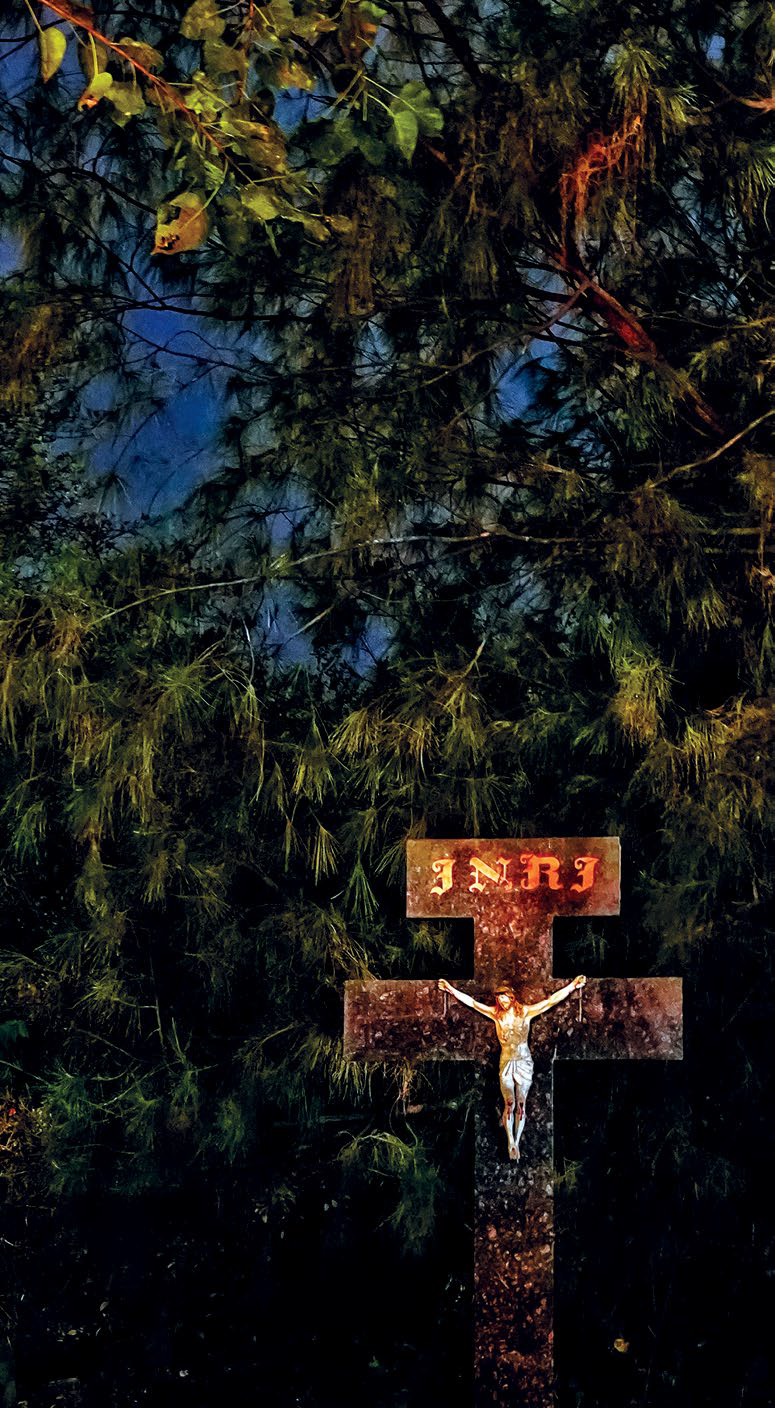 A grotto created by trees within a swampy shoreline was dark, barely visible, and illuminated by a streetlamp from over 50 meters away. I photographed this handheld. The IS did its job well in a difficult situation. Exposure: 2sec at f/8 (ISO 25600) Photograph/K Madhavan Pillai

There are a whole range of improvements in the A7S III that points to a camera built for handling a very wide variety of video situations, albeit with video at 4K. The A7S series was always characterised by its 12MP sensor that prioritised low light advantages over everything else. Rather than increase resolution, Sony decided to optimise the sensor as far as possible. The A7S III has an upgraded 12MP full-frame Exmor R image sensor with a back-illuminated structure. It basically moves the circuitry to the back to both double read-out speeds, and maximise the available area for exposure to light. This makes a big difference, especially with the dreaded rolling shutter issue that plague digital cameras at high sutterspeeds, both with videos and stills. The sensor boasts a very significant dynamic range of 15+ stops. A native ISO range from 80-102,400 is now available, expanded to 40-409,600. Unlike the previous edition, phase detection elements are now built into the sensor for phase detect AF at the focal plane. A BIONZ XR image processor (a dual processor setup) that is eight times faster than its predecessor, delivers excellent stills and video processing speeds, AF, and overall camera response.

In terms of video, a large level of functionality and selectable options are built in. Unlike most other camera, the A7S III can shoot UHD 4K at up to 60p from its full width (4.2K, to be exact) without binning, or at 120p (at a 1.1x crop but still a native 4K area of the sensor with no binning). These directly showcase the advantages of the significantly faster sensor readout speed. DCI 4k, at a slightly lower resolution than the full sensor width is not offered as an option. There is now a vast range of useful compression options and bitrates. The A7S III gain a 10-bit 4:2:2 version of the (H.264- based) XAVC S encoding, and an H.265 variant called XAVC HS as well. There’s also an H.264 All-I option (for busy or critical scenes or shots, where all information is encoded into each frame) called XAVC S-I. Full HD is available as 2:1 oversampled video and should show exceptional quality and is available up to 240fps. Pertinently, there’s no H.265 option for 1080 video.

There is no RAW video recording enabled in-camera, but the A7S III is the very first camera to output 16-bit RAW at 4k60p via its HDMI 2.1 port. While Sony’s S-Log2 and S-Log3 allows the capture of an expanded dynamic range, the benefits of 16-bit remains to be seen though. And 16-bit RAW is not an option for stills capture. 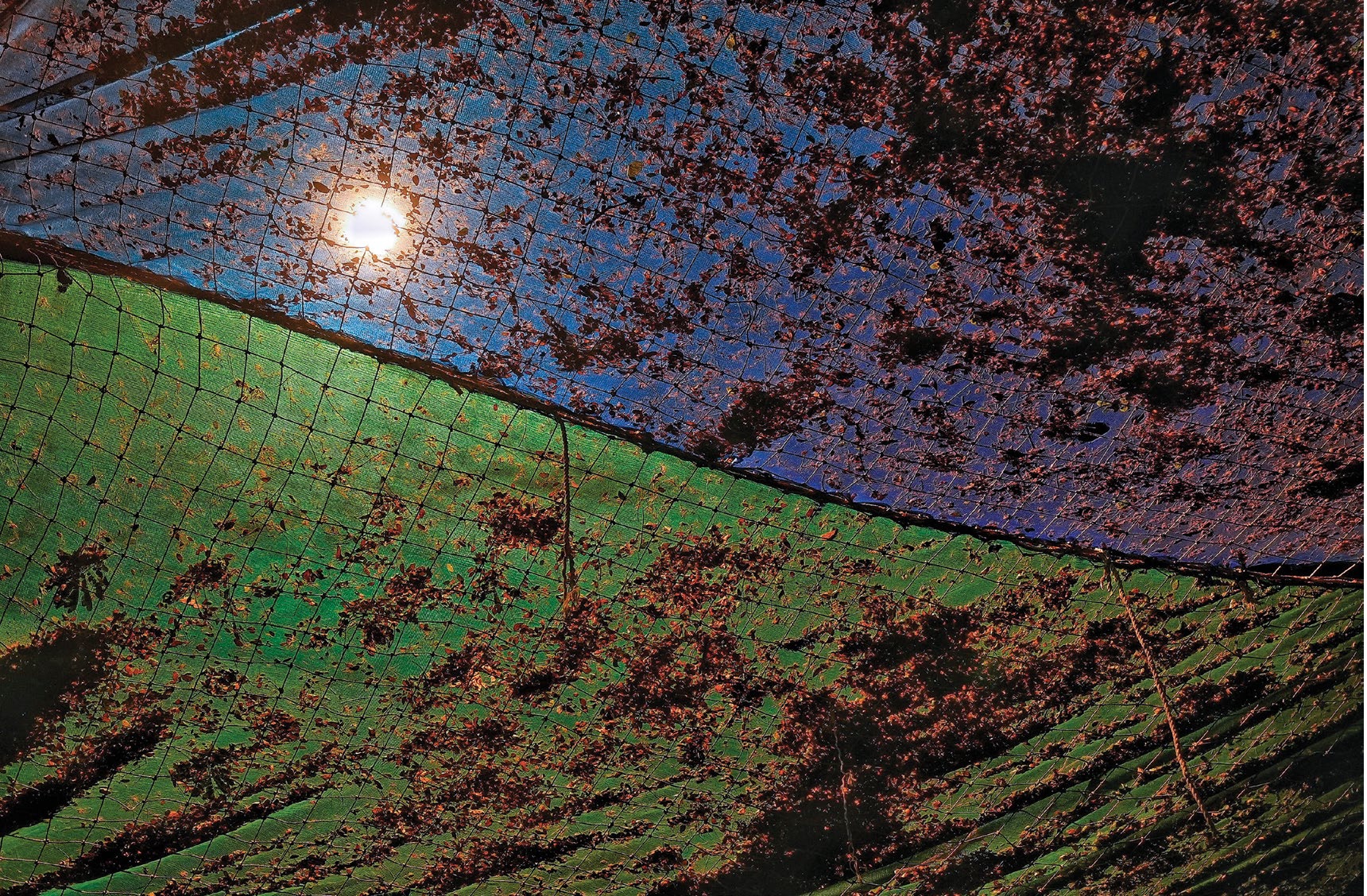 Backlit by a streetlamp included within the frame, the dynamic range shows its prowess even at a relatively high ISO. I fully expected both highlight and shadow details to be lost. Exposure: 1/100sec at f/3.2 (ISO 2000) Photograph/K Madhavan Pillai

A bit on the AF. The A7S III boasts perfectly accurate, speedy AF that can operate at 4K 120fps. The hybrid AF system boasts of a huge 759 phase-detection AF points, covering 92% of the total frame area, rated down to -6EV, and making it more intelligent with scenes, and depth related focus. It also detects faces, tracks eyes and heads in real time in humans, and animals (not for video) as well, and can choose the appropriate focus method on identifying the scene. Sony has improved the reliability and speed, allowing the use of face detection and Eye AF in video, without the risk of the camera refocusing to a different person if your original subject turns away. Both speed of focus in video and focus tracking behaviour is customisable. AF functions are all available for stills and video, with slightly different implementation. It is a huge leap forward from its predecessor.

The A7S III is the first Sony mirrorless camera to offer the SteadyShot ‘Active’ mode. Apart from its available 5-axis sensor based stabilisation, enabling this mode applies a slight (1.13x) crop to the sensor, which allows the mechanical IS system to make larger movements without risking vignetting. This is particularly useful in situations where the camera is in motion handheld, while walking or mounted on a vehicle. Of particular mention is the highest resolving OLED EVF yet, with 9.44M dots QXGA. It can refresh at 120fps. It has a huge 0.91x magnification and 25mm eyepoint. The camera has a fully articulated, variangle LCD touchscreen which despite its low resolution of 1.44M dots, is much more sensitive than previous iterations.

There are a large number of subtle but significant features. For instance, there is now a dedicated WB sensor, and video has a Shockless WB feature that shifts WB gradually rather than immediately with a change in scene. The A7S III is capable of quad channel audio (with the XLR-K3M adapter). For still photographers, the camera enables 10fps burst with C-AF, with a buffer for up to 1000 uncompressed RAWs. There are dual multi-format card slots for CFexpress Type A and UHS-II.

The A7S III is robust, with a dust and moisture resistant construction (more in the ‘Ergonomics’ box). The heatsink is of a new graphite design and keeps the camera cool for video clips of relatively long durations in most indoor and outdoor conditions. What is not immediately apparent but that causes a huge handling difference is the newly designed menu system, tabbed, sub-sectioned and colour coded. It is a lot more convenient, albeit still somewhat complicated. Previous Sony users will find familiar groupings. The menu can be accessed conveniently via the touchscreen.

I thoroughly enjoy the feel of the camera, but it has always taken me more than a week, and sometimes more, to fully know and customise a Sony Alpha camera to my liking and save the settings, purely from a handling perspective. The Sony A7S III is not different in this. But once that is taken care of, I end up not really having to think about it, and focusing more on shooting. 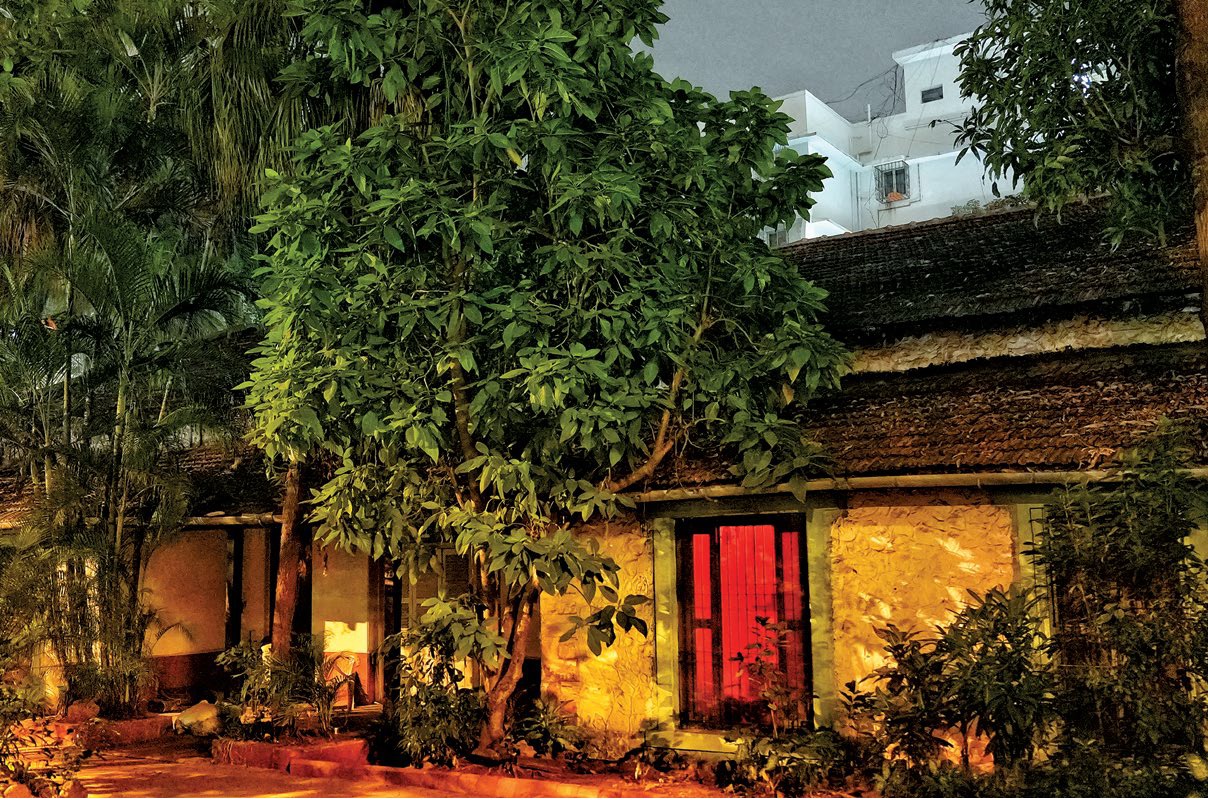 Lit faintly by a distant street lamp and the headlamps of a passing car, and shot handheld, both recovery of colour and detail from the RAW was exceptional. Exposure: 1/4sec at f/2.8 (ISO 12800) Photograph/K Madhavan Pillai

First things first. The light gathering capability of the 12MP sensor is second to none. Sony’s own latest 24MP sensors show an expected three-fourth stop difference. With is doubled read, out speeds, and as a specialist 4k video shooter, there is very little to flaw. Sony has done an admirable job in keeping a professional videographers’ most common shooting requirements in mind. Viewed critically, the quality of video is top-notch at 60fps, easily competing with the best available out there. The same goes for 120fps, although there is a drop compared to the A7S III’s own 60k. Expectedly, compressions are of high levels of quality. You need high speed cards (V30 to V90) depending on the settings.

AF is leagues ahead of its predecessor. It is very responsive, simple, and nigh flawless with stills. With video, most professionals continue to prefer manual focus because AF is not always reliable. The A7S III changes this. It does a great job of automating behaviours as one would want it, including focus speed and how fast it locks on to the next subject. This is situational, of course, but with face detection enabled, the A7S III does an exceptional job of following a subject, even with shallow DOF, and even when the subject turns away from the camera. Where I thought this could be improved was in the ‘tap-to-focus’ implementation, where tracking does not begin until you tap the LCD. There are situations, where manual focus may be needed, but to a much lesser degree. This is a far more able camera, from audio to video, than it’s predecessor. 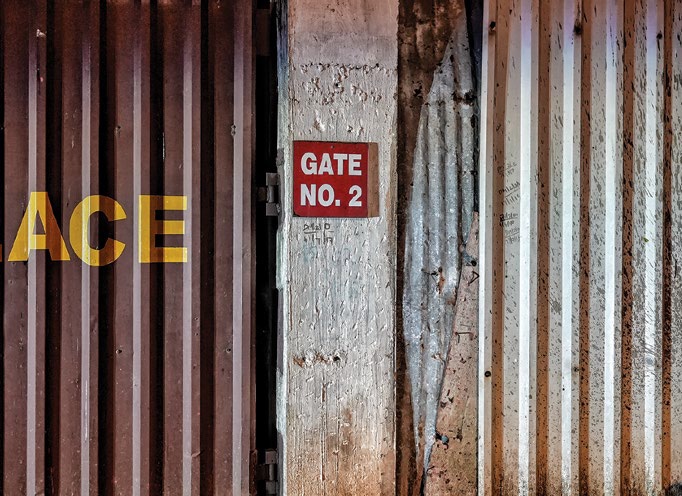 When it comes to full frame, high quality 4K, apart from the Sony Alpha 7S III, the other cameras that are worth looking at are the Panasonic Lumix S1H (at a similar price), and (for an entirely different set of strengths, and also at a significantly lower price) the rather exceptional Sigma fp. It can’t be denied that the latest 20 and 24MP full frame sensors, including those from Sony’s own stables, are extremely able, perhaps not equalling, but coming close in low light, as the A7S III.

The advantages of the Sony A7S III, at a price of Rs. 3,34,990 is, nonetheless, clear and undeniable. As a 12MP, full sensor width 4K camera, it is the most competent 4K low light capable camera you can get. It is an excellent amalgamation of cutting-edge photography tech used to enhance video functionality, to take the A7S III to the next level.

For weddings, events, wildlife, commercial videos, or stock, it is handy, quick, malleable and proficient. Sony has done a brilliant job with it. Its BSI sensor, quick and accurate AF in low light at the highest speeds, significantly faster readout speeds and fast response, the various video compression options and video related automations, are all cutting-edge, and feathers on the cap.