The Sony Alpha 7R is a curious entrant to a now-crowded full frame arena. Raj Lalwani sees if there is more to the camera than its thirty-six megapixels.

Full frame camera launches were always few and far between, but in the past three years, the number of cameras we have seen with 35mm sensors has been in double digits. In fact, in all photographic technology, the emphasis has been on reducing the camera’s footprint and increasing sensor size. A direct consequence of that are Sony’s new full frame (FF) mirrorless cameras, the Alpha 7 and Alpha 7R.

Technically, one may say that these are not the world’s first FF mirrorless products, as that distinction goes to the Leica M9. But in the non-rangefinder category, the new Sonys are definitely unique. And what’s more unique is that the Alpha 7R has the same sensor as the heavier and more expensive Nikon D800E.

But that said, it is admirable how the company is delving into every possible aspect of imaging, and even if some of these concepts have not been successful, they have shaken up the market and forced other manufacturers to innovate. And with a 36MP full frame mirrorless camera, they aim to do just that.

The massive resolution and excellent detail that was captured allowed me to make a small crop from a much larger frame. Exposure: 1/400sec at f/8 (ISO 640). Photograph/Raj Lalwani

The lack of AA filter in this highresolution sensor is exciting as it yields the potential for some fantastic detail. And while that does create its own pressures on the optics, the 24–70mm f/4 OSS lens that we used for this test does full justice to the mind-boggling detail on offer. But then, apart from this slow standard zoom, the lens system is rather bleak right now.

While there are very few FE lenses that are currently available, the camera allows you to use E-mount lenses (the same ones that are used on the cropped-sensor NEX cameras) in a mode that shoots at a lower resolution. Alpha DSLT owners should also take note that the camera is compatible with A-mount lenses, but with the correct adapter.

The company has introduced some new technologies to take further advantage of the sensor. Detail Reproduction Technology improves the in-camera sharpening and while it is a marked improvement from the Alpha 99, the JPEGs produced by the camera still do not match up to the competition. The other interesting feature is Diffraction Reduction that adjusts the in-camera processing based on the aperture being used.

Accessories Available for the A7R: 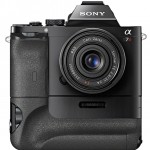 The battery life of the Alpha 7R is quite poor. If you are a serious photographer, an investment in the battery grip is absolutely necessary. This takes away the camera’s size advantage, of course. 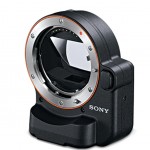 The LA-EA3 and LA-EA4 are two of the adapters that allow you to mount A-mount lenses onto the Alpha 7R. Interestingly, third-party adapters allow you to use older lenses from other manufacturers, as well.

Sensor left aside, the A7R is a mixed bag in terms of features. The most disappointing aspect is the fact that it only has a Contrastdetect autofocus system. This may seem like a strange choice, especially considering that the Alpha 7, which is less expensive than the 7R, has a Hybrid AF system with on-sensor phase detection.

There is another feature that the A7R omits, despite the cheaper A7 having it. It does not have an Electronic First Curtain mode, something that is useful for a quieter shutter sound and also to minimise shutter-shock vibration. With such a highresolution sensor where the slightest of shake can create problems, this could have been a useful feature to have.

I was thoroughly disappointed at the lack of the on-camera flash. An onboard flash is not only useful for fill light, it can also serve as a trigger for an external flashgun. Considering that the company’s smallest full frame, the fixed-lens RX1 had a flash, they should have included the same here too.

Video features are great. 1080/60p and 24p, manual exposure control, a mic input, a headphone port, uncompressed output through HDMI, an audio meter, XLR support (via an adapter) and even zebra pattern… some of these are features that are not there in leading video DSLRs like the 5D Mark III and D800. But while it all sounds great, this isn’t a camera that you’d want to shoot video with. Battery life is poor and the amount of time it takes to charge the battery makes it impractical.

Handling
The camera is very sturdily built. A magnesium alloy that is weathersealed gives a rather sturdy feeling when you take it out in the rough. The tilting LCD screen is sharp, bright and useful, but unfortunately, the eye-sensor of the Electronic Viewfinder tends to get switch off the display if you tilt the LCD all the way up. The viewfinder itself, is quite good. Personally, I still do not enjoy Electronic Viewfinders, but there is no doubt that this is one of the better ones available today. The button placement is impressive at first sight. There are plenty of customisable buttons and easy-to-move dials control basic parameters like aperture, shutterspeed, ISO and Exposure Compensation. Remarkably well thought out. 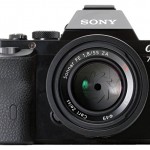 Though the camera is quite small, it offers a solid grip, even while using the rather large 24–70mm f/4 OSS lens. The dial at the front is nice and easy to access, unlike some other retro designs we have seen of late. 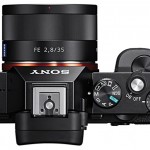 The mode dial and its options (including Scene modes) almost make the A7R seem like a consumer camera, but that’s probably a good thing, considering that amateurs stepping up won’t be at sea. The EV dial is well placed. 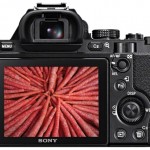 The tilting LCD is very useful, but tends to activate the eye-sensor, which is extremely irritating while shooting. The lack of direct access to AF point is a hindrance, especially considering that DOF in full frame is so critical.

I did get irked at some button design decisions though. The only way to make the AF point small enough is to use Spot AF, and there is no way to directly control the focusing point. You need to either enter the Menu or set one of the Fn buttons to Focus Settings. Even then, it needs three presses of that Fn button until you have manoevered the AF point and resumed shooting. For a camera whose focusing is slow to begin with and where resolution demands utmost accuracy, this gets problematic. Perhaps a touchscreen could have been the answer, but the A7R does not have one.

Performance
Just like the RX1, the A7R does not come package with an external charger. You have to charge the camera via USB, which in Indian conditions and fluctuating voltages, is not only slow, but also dangerous. The whole concept of your camera being occupied while the battery is being charged also hinders you from using a spare battery.

The A7R suffers from shutter lag, shocking for something at this price point. It takes effort and intuition to get the moment. Exposure: 1/25sec at f/11 (ISO 1250). Photograph/Raj Lalwani

Thankfully, Sony India has taken a decision to send a free external charger to anyone who buys the camera and registers on their website. Unfortunately though, this is not the Quick Charger and so, takes quite a bit of time for one full cycle.

I was personally not too disappointed with the Contrast Detect AF decision. While it is slow, it is extremely accurate, and for the kind of camera this is, accuracy is more important than AF speed. Unfortunately though, the camera is slow all-round. Start-up time is around three seconds, which is not only slower than full frame DSLRs, but also slower than other mirrorless cameras. I was also surprised to note shutter lag, something I just wouldn’t expect in a camera that is so high-end.

The above quirks should warn you that this is not a camera for everyone. It is not just a way to get the D800E sensor for much lesser. The camera has a bunch of limitations, which also tells us about its real target audience.

Landscape photographers are bound to love the Alpha 7R. It gives you D800E resolution and detail, while being lighter and thus, better for those who are hiking several hours to get the best possible vantage point. The 24–70mm f/4 OSS lens, too, is special, and if the company releases a wider lens soon, this could be the perfect landscape kit. One only wishes that the camera would shoot lossless compressed RAWs, a rather glaring omission at the moment.

The studio photographer will also appreciate the A7R, especially with the use of A-mount lenses. WiFi support also makes tethering a lot easier, though again, whether you would want to use WiFi and drain the battery is a different issue.

The choice of aperture, accuracy of focus, your shooting technique and the quality of optics are extremely important when shooting with a sensor this good. Photograph/Raj Lalwani

Conclusion
The Sony Alpha 7R is a difficult camera to review. It delights you with its image quality, but though you are getting the same quality as the D800E in Rs. 80,000 lesser, remember this is a different kind of camera altogether. Sadly, it gets its basics wrong. Shutter lag and poor battery make it a rather difficult camera to work with.

But if you do not mind these problems and are a slow and measured photographer, its price of Rs. 1,24,990 is very exciting. Just remember the hidden costs—an expensive lens, a sturdy tripod, lots of storage space, a new computer to process the massive RAWs and lots and lots of batteries.

The High Contrast Monochrome Picture Effect produces great results, but unlike similar modes in Olympus and Pentax, this Effect does not allow you to shoot RAW. Photograph/Raj Lalwani

Who Should Buy It?
Those who do not mind a slow camera for excellent quality at a surprisingly low price.

Why?
Though the A7R costs over a lakh, it is much cheaper than the D800E, a camera that has the same sensor. Performance issues restrict its audience though. 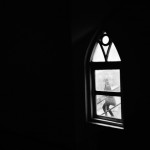 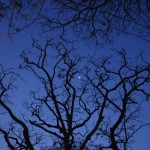 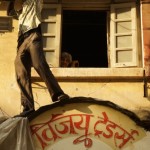 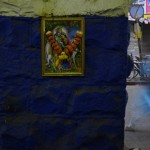