The NEX-6’s successor seems to be a promising contender. Supriya Joshi spends some time with the Sony Alpha 6000 to see how it fares.

Some time back, Sony bid farewell to the NEX moniker from their E-mount mirrorless lineup, and rebranded them as the Alpha series. It is difficult to say how this affected camera sales and brand perception, but I do know that the latest camera in their lineup, the Alpha 6000, is a really strong contender.

Features
Announced in February 2014, the Alpha 6000 is the successor to the much loved NEX-6. There are several upgrades over the predecessor, the most exciting being the updated hybrid AF system.

The NEX-6 had 99 phase-detect points, which covered approximately 50% of the sensor. The Alpha 6000, on the other hand, has 179 phase-detect points with a whopping 92% sensor coverage. The A6000 also has the same 25-point contrast detect system as the one in the NEX-6. Due to this, the wider coverage area allows for ease in tracking moving subjects across the sensor’s range. That’s what the company claims anyway.

The A6000 features an upgraded 24.3MP APS-C CMOS sensor, against the 16.1MP one in the NEX-6. The A6000 can shoot at 11fps with continuous AF, a feature not many mirrorless cameras at this price point possess. You can either make 22 RAW images, 49 JPEGs or 21 RAW + JPEG images at that frame rate. As for the video capabilities, the camera records video at 1080/60p and 24p.

The trend of including NFC and WiFi in cameras continues with the Alpha 6000 as well. The device can be controlled remotely using a cellphone, images can be uploaded to the cloud using WiFi and you can download several features to the camera, via Sony PlayMemories apps. However, most of these apps come at a price.

Against these new features is Sony’s step backwards, in the form of a lower resolution 1.44m dot SVGA viewfinder. The 2.3m dot XGA variant in the NEX-6 would have been ideal, so it was quite surprising to see this feature degradation from Sony. The camera’s tilting LCD allowed me to frame this image from a lower height, all the while being discreet. Exposure: 1/160sec at f/5 (ISO 320). Photograph/Supriya Joshi

Handling
The Alpha 6000 features a rather exhaustive menu system… so exhaustive, you could literally find yourself lost amongst the troves and troves of options. To counter this, however, there are four customisable buttons, three on the back panel and one next to the power button. Programing these buttons helps bypass the neverending menu system.

To add to the already confusing amount of menus, the back panel of the camera body features a lot of dials and buttons. All this can be a bit daunting for a new photographer.

The form factor of the A6000 is compact, but feels sturdy. The inbuilt flash is recessed inside the camera body and pops out only when the flash button is pressed. 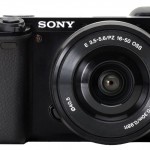 The camera body is light, but feels sturdy. It is compact enough to carry around in a small camera bag. The grip is also quite good—one’s hand can rest comfortably against it. There is also an IR receiver in the front for optional remote control. 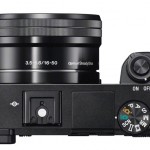 The multi-interface shoe can be used to attach an external flash unit or a microphone. The lower resolution electronic viewfinder features absolutely no lag. The custom button can be used to program one of several features. 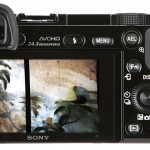 There are as three customisable buttons, each of which can be customised to a shooting function of your choice. The EVF sensor is very troublesome, switching to the viewfinder even at the slightest movement. The LCD is bright and a pleasure to use.

One major irritant in the camera’s handling is its overly sensitive eye sensor. I would ideally like to alternate between using the viewfinder and LCD screen instead of sticking to just one type. However, the sensor is so badly implemented, the screen would black out even with the slightest movement… intentional or not so. I got so frustrated, I just stuck to making my images through the LCD.

Performance
You know a camera is special when it gets you out of a shooting slump. Maybe it was the camera’s image and video quality, its responsiveness or perhaps I got out of the slump off my own accord. But credits go to the A6000 where it deserves them.

My time spent shooting with the A6000 was more than pleasant. The 16–50mm kit lens bundled with the camera was quite nice. It was a power zoom lens, and it moved almost instantly from wide to telephoto.

Sony’s promise of a faster AF system with the A6000 became a reality, as I discovered while shooting. There are various kinds of AF control options you have to play with. Of course, if you’re comfortable with letting the camera choose the AF point for you, the Alpha 6000 will not disappoint there as well. In low light, the AF does slow down, but it still locks well enough. Autofocus is exceptionally fast, especially in good light. While all the AF modes are quite reliable, I preferred the Flexible Spot AF the most, for added precision. Photograph/Supriya Joshi

The image quality of the Alpha 6000 is generally quite good. The ISO performance at the lower end of the spectrum is quite commendable. The quality gradually drops as you keep going up the ISO range, but the images are easily usable up to ISO 3200. At ISO 6400, make sure you shoot in RAW and that you are careful about your exposure settings. Anything above this is alright to upload on to social media, or to pass your images off as abstract watercolour paintings.

The battery life of the camera is not the best. The in-camera micro USB charging makes it a very slow, laborious process. However, the battery life is displayed in percentage form, which is quite helpful.

I truly enjoyed the camera for its video capabilities. It’s definitely far away from the kind of quality the Panasonic G6 offers, but I am a videographer at heart, and I still loved the kind of control the Alpha 6000 gave me over recording video. Moreover, in the Manual mode, you can change the aperture and shutterspeed during video recording. It also has continuous AF.

The White Balance capabilities of the camera was also quite good. Colours were rich and vibrant. The Picture Effect mode, while a lot of fun to use, is sadly unavailable when shooting in RAW.

Conclusion
To sum up the Sony Alpha 6000, one can say that it is the jack of all trades, master of some. For the kind of features this all rounder offers at this price point, the Alpha 6000 is quite the bargain. With that said, however, one cannot ignore the obvious niggles.

Importantly, most of the lenses available for the E mount are consumer lenses and they are relatively few in number. The range of lenses is not as well developed as the ones available for MFTs, for instance. However, if you’re ok with using only a kit lens, this is as good as it gets.

In a world populated by some fantastic cameras, the Sony Alpha 6000 has found its own little spot. When the NEX-6 was released, it was a veritable gamechanger. However, the A6000, while a commendable successor, is a reasonably subtle upgrade to the path breaker. The colours reproduced by the A6000 are quite faithful. The metering is accurate, and in high contrast scenes, veers towards underexposure, so that the highlights are not lost. Photograph/Supriya Joshi

Who should buy it?
Anyone looking for a great all round stills and video performer.

Why?
The Alpha 6000 is one of the most competent video and stills mirrorless camera available today. It offers some fantastic features at a good price. 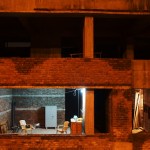 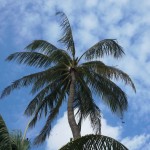 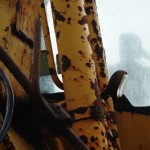 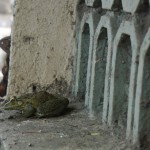 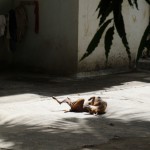 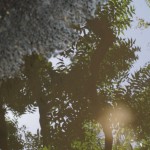 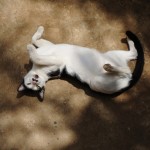 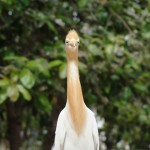 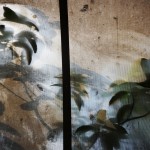