The entry-level Sony Alpha A5100 borrows several features from the mid level A6000, but the real star of this camera is video. Raj Lalwani finds out.

The Sony A5100 is a camera that comes at a price point where you are literally spoilt with options. Does one buy a DSLR? An interchangeable-lens mirrorless like this one? Or would you rather avoid both and buy a high-end compact camera? It’s an interesting question, and the answer is different for different users, as I realised while testing this new camera.

Features
The A5100 is supposed to be an update of the NEX-5T, but borrows many features from the Sony Alpha A6000, including its 24.3MP sensor, Bionz X Processor and 4D focus technology. It has WiFi, NFC and a maximum burst speed of 6fps.

One of the most exciting things about the A5100 is its list of video features, which is way more exhaustive than what one would expect at this price point. Besides the obvious advantage of being able to shoot 1080p60 video, the camera also supports the new XAVC S codec. This is something that is not there in the more expensive A6000, and was only introduced with the RX100 III. The camera also can shoot 720p HD video at 120fps, thus helping you get a super slow-mo look!

With higher bit rates and superior tonality, the video has more finesse than anything at this price point. Zebra pattern, focus peaking, a marker display, manual exposure and uncompressed video via HDMI are some of the other high-end video features on display. I like the fact that one can customise the buttons to quickly access the flash mode and compensation. Exposure: 1/13sec at f/11 (ISO 1600). Photograph/Raj Lalwani

Handling
The A5100 is light, feels solid and has a nice grip. And though the inside guts are more akin to the A6000, the body is definitely more entry-level. There is no EVF and sadly, no Multi-Interface hot shoe either. The camera’s predecessor had a small flash that would clip on to the hot shoe… so while I admire the fact that Sony managed to fit in a built-in flash, the missing hot shoe isn’t optimal. It simply means one can’t use a hot shoe-mounted microphone, a big omission especially as the camera doesn’t have a mic input jack. Given the multitude of video features, this prevents an otherwise impressively specced camera from being a serious video device. 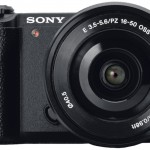 From the front, the A5100 looks extremely similar to the NEX-5 series. It is lightweight and though the kit power zoom lens does not have the best of optics, it pairs well with the small-sized body. 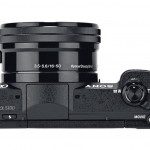 Unlike its predecessor, the A5100 does not have a hot shoe, and instead, just has a built-in flash. Maybe Sony believes that this category of consumer would not bother with an external flashgun. 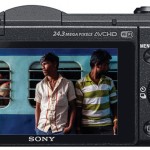 The back is familiar in design and similar to previous mirrorless cameras from the company. There is no Electronic Viewfinder, but the camera does have a touchscreen, which comes handy while shooting video.

Performance
The headlines are all being taken up by 4D autofocus, a technology that is shared with more expensive high-end cameras like the A6000 and A77M2. That may lead one to believe that the focusing system of the A5100 is as good as the A77M2. To put it straight, it isn’t. The A77M2 is an astonishingly fast camera and though the A5100 is reasonably speedy, it comes nowhere close to the APS-C flagship.

I believe the 4D moniker is just a bit of branding, a different way of describing predictive AF, a technology that is there in many other cameras. Although, in most mirrorless cameras, predictive AF does not work well. The A5100 manages to track movement extremely well, when shooting at the wide end of the kit zoom. The story changes a bit when zoomed in, or when shooting at close-up distances… that is when continuous autofocus struggles to keep up with the subject.

It may not be as fast as a DSLR and the lens lineup is not friendly towards an action shooter, but for street photography, candids of friends and photos shot in one’s day-today excursions, this Sony does well.

The touchscreen of the A5100, along with its 179 AF points that are distributed all over the frame, make it superbly easy to command the camera where to focus, especially for off-centre subjects. That’s just as well, for if you actually want to change the AF settings and points, you need to go deep into a menu, an ergonomic trait that affects a lot of Sonys. The flash is not very strong, but was sufficient enough for fill, despite stopping down the lens to get both the meter and man sharp. Photograph/Raj Lalwani

Battery life is very good by entry-level mirrorless standards, but in-camera USB charging is a roadblock. The absence of a dedicated charger means that the charging process is painfully slow. Moreover, you cannot prepare an extra battery while you are shooting with another, and that would be a downside for the serious travel photographer. Invest in a dedicated charger and two or three batteries if you like to shoot for long hours.

Though the burst rates are not as fast as the A6000, the photos made at 6fps get written fast and the buffer clears quickly. The new processor has really taken the entry-level Sony camera to the next level.

Image quality is usually one of Sony’s strengths, and the A5100 does not disappoint. Dynamic range is fantastic and the much proven 24.3MP produces great detail in the RAW files. One can use up to ISO 3200 without any worries. Beyond this, you may need to be a little careful in terms of exposure and postprocessing.

The hindrance in the way of getting the best out of this sensor is the kit lens and the JPEG engine. Kit lenses have never been the best tools for quality-conscious users, but in recent times, Olympus and Fujifilm have redefined the quality one can expect. The Sony 16–50mm that was pretty decent on the 16MP sensor of the NEX-5T, is not able to do justice to the 24.3MP body here.

While the default rendering can be overtly vibrant, it is a very pleasing look. While Sony’s JPEG handling has improved over the years, Noise Reduction is still extremely aggressive (even when set to Low… you can’t switch it off). For a camera targeting consumers, I expected better JPEGs.

Conclusion
The Sony A5100 is a decent upgrade to what was already an efficient entry-level mirrorless camera. The sensor has its advantages but the extra detail that it can capture gets negated by the quality of the kit lens and an overzealous Noise Reduction.

Video and AF are the two big advantages. Video, especially, and even though there is no mic provision, a consumer would love the quality and convenience. The AF, while not as magical as 4D hypes it to be, is quicker and more assured than any APS-C mirrorless camera at this price point. The A5100 has quite some way to go in terms of matching a DSLR in terms of battery life, lens options and continuous autofocus. The ergonomic control and lens choice, too, is not as good as some other mirrorless cameras. But for the kind of user who wants an easy-to-use camera but is very quality conscious, the A5100 is a great choice.

A serious photographer, though, may want to take a good, hard look at the RX100 series, or a camera like the Canon G7 X that we have tested in this issue. Especially if you are going to stick to a basic kit zoom range, the 1-inch cameras have faster lenses, more effective stabilisation, better control and a more solid, professional feel. As a result of the low light in the train, the AF got fooled and would hunt for focus; manual focus and focus peaking saved the day. Photograph/Raj Lalwani