Supriya Joshi takes a trip with the Sony E 18–200mm f/3.5–6.3 OSS, and wonders if she has found the perfect travel companion.

Think about the last time you went on a trip and made several photographs of the world around you. I am certain that the biggest grouse you must have faced while making photographs was that the focal length of your lens just was not enough to capture every scene you saw. Enter Sony E 18–200mm f/3.5–6.3 OSS, a superzoom travel lens for Sony’s mirrorless system. I paired the lens with the Sony NEX-7 camera and took it for a spin.

Features
The Sony 18–200mm lens was announced in May 2010 along with the 16mm f/2.8 pancake lens and a standard 18–55mm f/3.5– 5.6 stabilised kit zoom lens. While other lenses have been announced since then, in India, these are the only ones available.

The lens construction features 15 elements in 13 groups, with seven diaphragm blades. Two inner lens tubes are used to extend the lens. The front element of the lens does not rotate so it is suitable for using different types of filters.It also features a field of view equivalent to about 27–300mm (11x magnification ratio) plus Optical SteadyShot image stabilisation with Active mode at wide angles for steadier movie shooting. Sony also claims the use of four aspherical elements and one ED element inside the lens.

Handling
As far as design goes, the lens looks nearly identical to the Tamron 18–200mm lens, who is also its contender. In combination with the NEX-7, the lens looked almost comical, like a battle between David and Goliath. Think about it, a lens of such a massive focal length paired with a compact camera body does look ridiculous.

That aside, the construction of the lens is very sturdy. The lens has a smooth metal finish and features metal focus and zoom rings, combined with a metal lens mount and a plastic filter ring.

The focusing ring does not have hard or soft stops, so you could practically rotate that ring for eternity. The zoom ring offers 90 degrees turning action and is not as smooth as conventional zoom rings go.

Because of the placement of the onboard flash, photographs would end up with a harsh shadow on the bottom half of the frame. To overcome this, the company also announced the release of the NEX FA-EX1S flash extender. The extender works with the standard flash and moves it up so that the 18–200mm supposedly does not cast a shadow in photos. Sadly, this accessory is sold separately.

At 18mm, there is a strong barrel distortion. The lens performs averagely at controlling flaring and ghosting.

Focusing is quick and mostly accurate; however it would miss the mark several times at the telephoto end.

Optical Steady Shot works really well, especially during video. I could not find any difference in the experience of using it through the viewfinder or the LCD screen. The seven diaphragm blades give bokeh that is a little rough, but circular.

Conclusion
In the true sense of the term, the Sony E 18–200mm is a universal lens. However, its large size in comparison to the NEX cameras is a little baffling. The reason one would choose a mirroless camera over a DSLR is for its compact design and easy portability. So, wouldn’t a lens like the Sony 18–200 defeat the purpose of a mirrorless camera?

That said, the lens is a good investment for NEX users who are looking for a propietary alternative to a telephoto lens. Video enthusiasts will particularly enjoy this lens for its range and video AF abilities.

Its handling is not the best that there can be, , but those looking for a travel lens can definitely make do with this solid performer. The lens’ sharpness is commendable, along with the pleasant bokeh it provides. Exposure: 1/160sec at f/6.3 (ISO 100). Photograph/Supriya Joshi

Who should buy it?
NEX users and video enthusiasts who want a large focal range and do not mind a bulky, awkwardly sized lens.

Why?
For its zoom range and its all-round competence, the 18–200mm is a good, albeit expensive option. 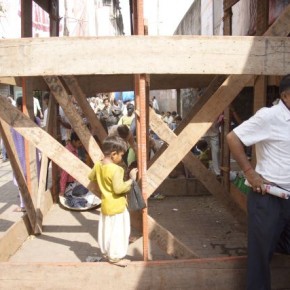 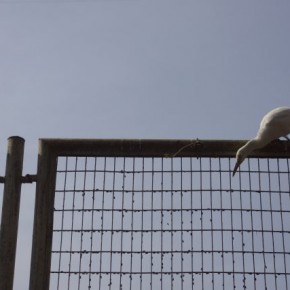 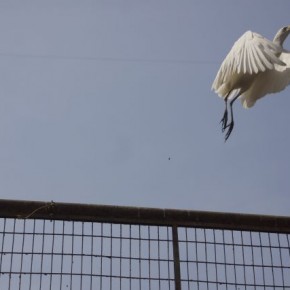 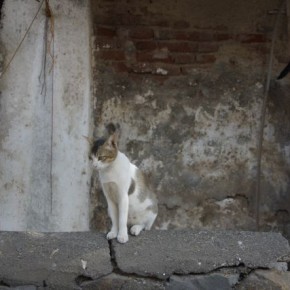