The Olympus M.Zuiko Digital ED 9–18mm f/4-5.6 is the tiniest ultrawide zoom lens we have tested so far. How big is it when it comes to performance? K Madhavan Pillai finds out with some extensive on-field tests.

Before we get into the review, let us take a brief look at the history of Olympus and the legacy of this lens. Back in the days of film, the Olympus OM system was known for their small cameras and Zuiko lenses, which performed brilliantly. With the old PEN half-frame cameras, Olympus did what others manufacturers only managed to clumsily emulate… it miniaturised the SLR into the size of a compact camera. The lens on test in this issue belongs to the new digital series of PEN cameras,which I am glad to say is everything that the old film PEN series stood for—versatility and quality in a tiny, good-looking product. The winner of this year’s EISA award for the best micro system lens, the Olympus M.Zuiko Digital ED 9–18mm f/4-5.6, proves the exception to the rule that ultrawide zooms have to be big and heavy.

Features
Achieving the true potential of the MicroFour Thirds mirrorless system of Olympus, the diminutive M.Zuiko 9–18mm weighs 155 grams and measures just 49mm inlength. This lens also has a 35mm focal length equivalent of 18–36mm, providing the user with a 100% ultrawide field of view. It also has the ability to focus down to just 0.25m, with a maximum magnification ratio of 1:10. The filter diameter is a rather convenient 52mm. The lens boasts of a quiet AF performance that allows a faster response to locking the focus. The lens is compatible with all Micro Four Thirds Olympus PEN cameras, and all other cameras that comply with the standard, including the Panasonic Lumix series. When mounted on a PEN camera, the user gets the additional benefit of the camera body’s built-in image stabilisation
What is interesting about this lens is that if features a retractable optical system to make it even more compact during transport. One needs to move the lens to its working position before taking pictures. This simply involves zooming to the 9mm setting. Once you are through with your shots, you can retract the lens back by unlocking the zoom mechanism with a switch, and zoom back again. This, again, is a feature only found in two Olympus Micro Four Thirds lenses so far.

Handling
While a retracting lens sounds a bit cumbersome to use, it is extremely simple. I got down to doing the retraction operation without even thinking about it after a few hours. During outdoor trips with this lens, I began to appreciate how advantageous it was to have such a small, light lens to carry along. Though it is light, it is built well enough. The focus and zoom rings are ribbed and quite smooth. The lens uses a focus by-wire mechanism, which is quite accurate in MF, also partially because the camera switches to a high-magnification view as soon as you turn the focus ring. The AF is fast, silent and accurate. The only handling glitch, which is a camera firmware error, is that it does not autofocus at the minimum focussing distance. I found myself resorting to MF in these instances.

Performance
Distortion is the bane of most ultra wide zoom lenses. Apart from some marginal distortion visible at the edges (which can be corrected by using Olympus’ freely downloadable RAW software), the 9-18mm is surprisingly free of it, probably because of in-camera distortion correction. Vignetting is superbly controlled and barely visible at f/4 at the wide end. In terms of sharpness, the M.Zuiko is one of the very few ultra wide zooms capable of performing excellently at the widest aperture. Center definition drops towards the edges, but it was still a lot better than most other lenses. Some loss of sharpness is caused by diffraction beyond f/8, but it is still reasonably good. There is slight red/blue lateral fringing in images enlarged to 100% on the computer monitor in back lit photographs. But again, it is minimal and can be easily removed during post processing. It does not affect the final print in any way. Generally, the lens performs extremely well across parameters and is certainly the best all-rounder in this category.

Conclusion
The lens is priced at USD 700 (approx. Rs.32,000), which makes it the least expensive ultra wide zoom for Micro Four Thirds cameras. Coupled with its performance and convenience, it becomes one of the best buys available for anybody owning a PEN camera, especially if you enjoy wide angle photography. 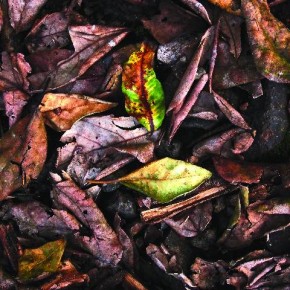 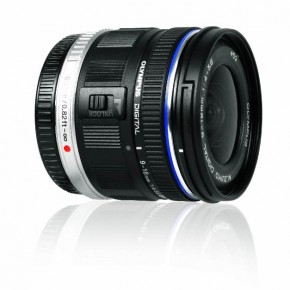