HANDS -ON PREVIEW: Sony has delayed in releasing its mirrorless series in India, but we managed to get our hands on the NEX-3 at photokina 2010. Shridhar Kunte reports.

The Sony Alpha NEX-3 is the youngest entrant in the all-new Alpha NEX system of cameras, which also includes the highend NEX-5. The two cameras are actually quite similar, except for a few subtle differences in their build and feature sets. The Alpha NEX-3 that we used is made of polycarbonate while the NEX-5 has a superior build quality—it is made of magnesium alloy. Also, the AlphaNEX-3 shoots only 720p HD video, as compared to the NEX-5 that offers Full HD AVCHD video recording.

An APS-C Sized Sensor
In its tiny body, the camera has packed in an Exmor APS-C-sized sensor measuring 23.4 X 15.6mm, thus making it even larger than sensors used in Micro Four Thirds cameras. The benefits of this are excellent noise performance at high ISO settings and superior detail and dynamic range. According to the initial shots we took with this camera, even images shot at ISO 6400 have an excellent amount of detail.

It is All Proprietary
The camera has no built-in flash. Insteadthe user needs to buy the flash separately.Unfortunately, the camera has a proprietary port and can only use the NEX flash that has been announced with the camera—it is not even compatible with the Alpha flashguns that are used with Sony’s DSLR cameras! While shooting video, this connector can be used to attach a microphone.

An Inadequate Grip
The NEX series is one of the slimmest amongst the mirrorless cameras that are currently available. In my opinion, the grip is not satisfying. It is shallow and does not give you a feeling of security. For two days, I used the camera with an 18–55mm lens attached. Considering that the sensor of the NEX system is larger than most other mirrorless cameras and since the lenses are stabilised, they are larger than conventional Micro Four Thirds lenses. This causes the weight balance to shift to the front.  For sharp images, it is imperative to grip the lens with the left hand for sturdy support. The user interface and menu system has already got a fair share of criticism, but Sony has addressed the concerns through a firmware upgrade. The philosophy behind the menu system is rather different from Nikon and Canon cameras, but with a little practice, one can get used to it easily. The feature I enjoyed most is the SweepPanorama feature, as it allows you to easily shoot panoramas within seconds. While the feature has already been available in Sony Cyber-shot compact cameras, we are glad that it is now available in a larger sensor camera like the NEX. 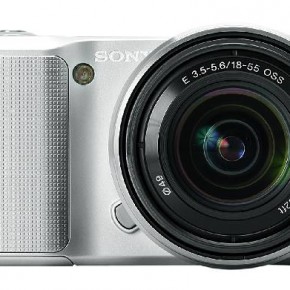 The Sweep Panorama mode of the NEX-3 is extremely impressive, and is the first time this feature is being incorporated in a mirrorless camera. Photograph/ Shridhar Kunte 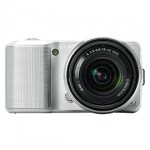