The first of the successors of the rather brilliant and esoteric Merrill trio, the Sigma DP2 Quattro is certainly a conversation starter, at the very least. K Madhavan Pillai finds out what it can do, at its very best.

Without rancour, the Sigma DP2 Quattro must be the most exotically designed camera in recent times. While I am quite sure that the research teams at Sigma had their reasons for the strange shape, it also makes wonderful marketing sense—give the cult followers something to really talk about and make a few ripples across the photographic fraternity at the same time!

Features
Of course, what is really worth talking about is the new 29.4MP Foveon sensor of the DP2 Quattro that outputs a 39MP file from the RAW. The sensor does not come with a Bayer array. Instead, the blue, green and red photo sensitive diodes are stacked on top of each other, in that order, allowing every colour to be recorded at every pixelsite. The ratio of the blue to green to red is 4:1:1 (as opposed to 1:1:1 in the Merrill), with the additional data captured by the blue layer to be used for brightness information added to the green and red layers. This potentially has the advantage of a greater apparent resolution, with less luminance noise from green and red layers. Since there is no Bayer filter, there is also no need for demosaicing, and there is no moiré. Fine detail, subtle yet controllable tonality, and a superbly sharp, 30mm fixed lens can veritably do magic, but necessitates patience. It can also magnify the slightest of errors. Exposure: 1/30sec at f/2.8 (ISO 100). Photograph/K Madhavan Pillai

The other feature worth noting is the 30mm (45mm equivalent) lens. The optical design of this lens is identical to the Merrill in terms of optical construction. This is good news especially considering how incredibly sharp the lens of the Merrill turned out to be. Interestingly, the Quattro has a leaf shutter, like the Merrill. While this has its advantages especially with high speed flash synchronization, it also limits maximum shutterspeeds at the wider apertures. This, in turn, limits the maximum aperture of the Quattro to f/2.8, at which point the maximum shutterspeed is 1/1000sec. Technical improbabilities notwithstanding, I personally would have preferred the widest aperture to be f/1.4, even if the maximum shutterspeed dropped to 1/250sec. It would have given me more creative options. Set to Standard, colours appear a bit unsaturated, but with a lot of tonality. And yet, when you start adjusting colours in RAW, you can make them wonderfully rich. Photograph/K Madhavan Pillai

The camera is fantastically constructed and built of metal. It has an interesting, rather wide selection of colour modes. It does not have onboard flash, EVF, incamera stabilisation, or video. It would be quite pointless to begin a discussion on what the camera does not have, especially in comparison to other advanced compact cameras. There is plenty. But then, other cameras also do not have the one thing the Quattro does… an almost perfect marriage between a superb lens and a high resolution sensor.

Handling
The unique design of the camera does take some getting used to. Initially, I thought that the grip was quite uncomfortable and that access to controls was compromised. While I am able to use the DP2 Merrill single-handed, the Quattro needs two hands to stabilise the camera because it is lens-heavy on one side. However, I realised that the design was particularly good for vertical shots and once you get used to it, it handles quite comfortably. The button layout is well designed. For an advanced user who presets the camera and needs immediate access to just a few important controls, the Quattro does very well indeed. 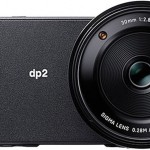 The DP2 Quattro is almost panoramic, with no controls accessed from the front. Interestingly, the AF assist lap is built into the edge of the lens, making the lens larger than the convenient 49mm of the Merrill, and thus making it necessary to use filters with a of 58mm thread. 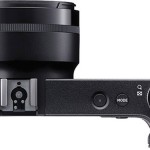 The camera is flat. The grip affords a handhold rather than just a fingerhold that most compacts have. The top is characterised by two well designed, easily accessible input dials, the power and exposure mode buttons. The accessory shoe can take the optional OVF or a flash. 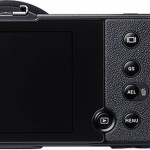 Large, convenient buttons dominate the back with the most immediately necessary controls. The four-way controller with the focus mode and point selection is a bit inconvenient because it sits right on the handgrip. One gets used to it after a few days of use though.

At photokina 2014, I tried out the DP2 Quattro with the newly released LCD Viewfinder accessory. Holding the camera to the eye with one hand supporting the lens felt extremely natural and exceptionally steady. Unfortunately, it is not a small viewfinder and with it, the camera loses out on its non-descript advantage.

Performance
The Merrill truly astounded me in terms of its optical and resolution brilliance, but fared poorly in terms of high-ISO capabilities and was generally a slow camera. What I expected from the Quattro, at the very least, was an improvement in these areas. And the Quattro came through. It showed a significant improvement in both shooting and writing speeds, and at least a stop of advantage in noise performance, making ISO 1600 usable. While it does not compete with many of the other fixed focal length lens compact cameras in terms of noise control, it compensates with its magnificent low ISO performance. The AF seems marginally improved, but still tends to hunt badly in low light. The Quattro has a JPEG processing engine that produces almost no artifacts, with an excellent degree of control over saturation, contrast and sharpness. Photograph/K Madhavan Pillai

The resolution of the Quattro and the sharpness of the lens is the real gamechanger. Up to ISO 400, it delivers a level of sharpness and resolution I have never seen in any camera before this, except for the new Nikon D810 with a good prime on it. In fact, at ISO 100, it goes head to head with the D810. And that says a lot! The definition is subtle, and devoid of artefacts. The details are exceptionally high. Aberrations are practically absent, but pixel peeping showed a very slight blue fringing at the edges in backlit conditions. This is so slight that it does not make any real world difference even for large sized prints. Colours are excellent. I liked the toned down colours of the Merrill more in some high contrast situations, but then the colours produced by the Quattro are more pleasing in general, and wonderfully controllable, especially in the RAW files. A lot of the magic resides in the RAW files. Both in dynamic range and cleanliness of tones, the Quattro excels even when pushed hard in postprocessing. Phtoograph/K Madhavan Pillai

A key difference between the Merrill and Quattro is how their respective RAW files behave. Both the RAWs display a huge level of recoverable delail. But with the Merrill, exposures had to be spot on for the RAW file to deliver its best results. The Quattro is more forgiving, by about a stop.

Conclusion
The DP2 Quattro is priced at Rs. 75,000. At this price, it offers exceptional value for money. The only other camera of its kind that I can recommend would the DP2 Merrill. It is not as fast or as forgiving as the Quattro, but at a price of Rs. 35,000, it is an absolute bargain. Your decision on whether to buy the Quattro or not must be based on the type of photographer you are. Other advanced compacts cameras are able to deliver results even straight out of the box. The Sigma DP2 Quattro, on the other hand, can be quite unforgiving to the casual user. The very slightest mistake, a tiny camera shake or shift of focus, for instance, can be amplified many times because there is no in-built stabilisation and because the resolution is so high. However, for the careful, advanced user, no other small camera can produce the level of detail like the Quattro.