The Micro Four Thirds system has got its second superzoom lens. After Panasonic introduced one last year, Olympus has now launched the M. Zuiko Digital 14–150mm f/4-5.6. We put the lens through its paces by testing it on three different camera bodies—the Olympus PEN E-P2, E-PL1 and the Panasonic GF1.

Features
The Olympus 14–150mm lens gives an equivalent focal length of 28–300mm, which makes it an incredibly versatile lens for almost any kind of photography. As it is an effective all-in-one package, it is useful for casual and travel photography. With an aperture that is only as wide as f/4 at the wide end, the lens is not the best option in low light, but this is one of the few compromises of such a large zoom range. The lens has a circular aperture that gives excellent bokeh when you shoot at the telephoto end. Importantly, it has been optimised for AF during video shooting— AF is extremely silent and does not get recorded while shooting movies.

Handling
Lenses that have a zoom range of over 10x are usually quite bulky, which is why the Olympus 14–150mm lens is an astonishing lens. It is around the same size as a regular DSLR kit lens, and extremely light! In fact, it is a lot smaller than the other Micro Four Thirds superzoom lens, the Panasonic 14–140mm OIS lens. This difference in size is primarily due to the fact that the Olympus version lacks optical stabilisation, which is alright for PEN users since the PEN cameras have in-body IS based on shifting the sensor instead of having it within each lens. Coupled with the manual focusing aid of the camera, I found it quite easy to switch off autofocus and shoot in a number of situations. I used the rain to shoot interesting cloud formations just after a heavy downpour, and also used its wide-angle end to shoot some urban structures and bridges in Mumbai. While using the lens, I noticed that the zoom action was slightly more stiff than usual, but this ensured that there was absolutely no zoom creep.

Performance
When the PEN cameras were first introduced, they were criticised for being rather slow in terms of focusing. A few firmware upgrades tried to solve that problem, however things virtually changed overnight due to the introduction of this lens. The AF of the 14–150mm lens is extremely fast, and almost makes the PEN E-P2 a different piece of equipment altogether! That, in itself, is probably the most compelling reason why any Olympus PEN user would be attracted to this lens. Optically, the 14–150mm lens is a decent performer. In fact, at the middle of the zoom range, its performance is excellent, as compared to most superzoom lenses. The images are sharp and contrasty, and the colour rendition is excellent. However, the images do show some problems at the extreme ends of the zoom. Corner sharpness suffers at the wide end of the zoom, and while shooting at the telephoto end, images shot beyond 120mm are not as sharp as we would like them to be. Images shot with this lens barely show any distortion. Interestingly, that is not due to good optics, but because the PEN cameras correct the distortion through in-camera software. Even RAW shooters do not need to worry about distortion, as most RAW converters automatically detect the distortion-correction profiles and correct any problems. The lens does show quite a bit of fringing though, which is an optical aberration that the PEN cameras do not correct. Of course, if you are using this lens on a Panasonic camera, you will get the benefits of incamera fringing correction. Control over flare was excellent and took us by surprise, considering the large zoom range of the lens. Even photographs that included burning flames and light bulbs in the frame barely showed any flaring.

Conclusion
At the end of the day, almost any superzoom lens is a compromise of sorts. The advantages of versatility and all-round portability come at the cost of reduced optical quality, as compared to a lens of a smaller zoom range or a prime lens. This 14–150mm lens suffers on similar counts, but some of its inadequacies can be ignored due to its overall utility. Panasonic users may choose to ignore this lens though. Since the Panasonic Micro Four Thirds bodies do not have in-body image stabilisation, the 14–150mm will prove to be too slow and long for anyone to use without the benefits of IS. In fact, the Panasonic 14–140mm lens will be a better choice for the G-series of cameras, as it features optical image stabilisation. That said, this Olympus lens does pack in quite a bit for the PEN user who has the benefit of in-body stabilisation—a very useful zoom range, quick AF and decent image quality in a reasonable package. The fact that it is the smallest superzoom lens in the world only makes it a better deal. 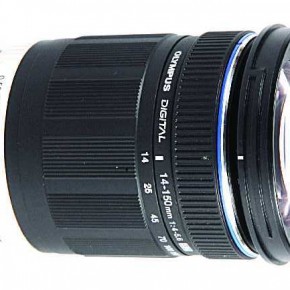 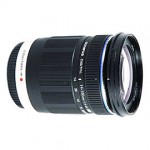 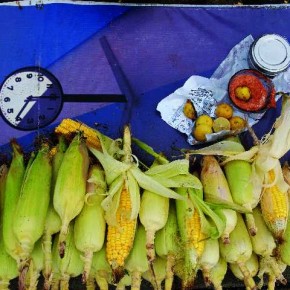 The lens produces images that have excellent colours and contrast, but the corners are slightly soft. Exposure: 1/60sec at f/8 (ISO 400). Photograph/Raj Lalwani