Samyang is well known for its range of manual focus lenses. But in recent times they have been focusing on autofocus lenses. Shridhar Kunte puts this portrait specialist—the Samyang AF 85mm f/1.4 EF, through a series of gruelling tests.

This review was originally published in December 2018. 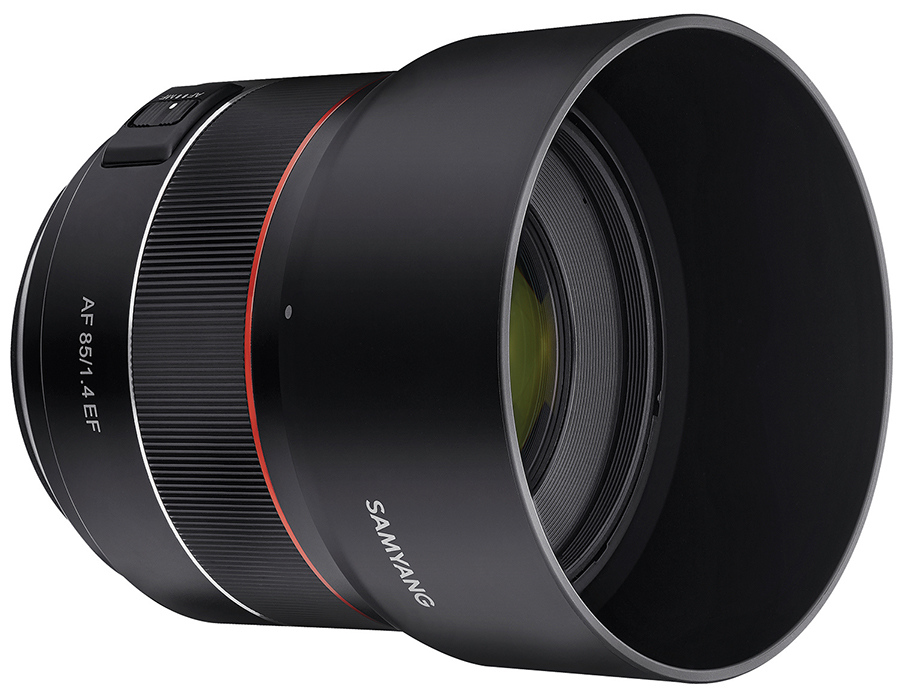 Based on the success of the Sony E-mount AF lenses and the AF 14mm f/2.8 EF Canon mount lens, Samyang has launched the 85mm lens with the most sought-after traditional specifications that are seen in portrait lenses. This focal length is known to offer very natural-looking perspectives for capturing portraits, from a comfortable working distance. This focal length will also come handy for landscape, architectural details, and indoor sports and for low light shooting as well. The newer lenses are designed to complement future higher resolution sensors, and also support 8K technology, that one would expect to see in the near future.

Features
The lens is constructed of 9 elements which are arranged in 7 groups. There is one hybrid aspherical element, which controls distortion and spherical aberrations in order to yield greater sharpness and clarity throughout the entire aperture range. It also has an Ultra Multi Coating, a process used to reduce ghosting and lens flare. Each element receives a special treatment, an ultra multi coating is applied in order to reduce flare and ghosting for increased contrast and a neutral colour balance. The built-in electronics transfers all the necessary information to the camera body. For focusing, the lens employs a linear dual ultrasonic motor for quick and accurate focusing. The electromagnetic diaphragm which consists of 9 blades helps to create beautiful, and soft, blurred backgrounds. While focusing, the overall length of the lens remains the same, as the lens adopts an internal focusing system. The lens has a minimum focusing distance of 0.9 m, which is acceptable, considering the focal length, and offers an angle of view of 28.4°. The magnification ratio is just 0.11x, so the lens doesn’t provide very good macro performance. Regardless, this is not to be expected from this lens. In the box, along with the lens, there is a lens pouch and lens hood, which is helpful at such a wide focal length.

Handling
For most of the testing process, I used the lens on the Canon EOS 6D, but only for a few days. Mostly, I used the lens on the EOS R, along with the mount adaptor. The lens body combination balances well in my average size hands. In hand, the lens feels extremely well built—polycarbonate construction. As you start to compare this lens to premium alternatives, you realise that the build quality is not in the same league. The overall construction is not bad at all, it’s just that the barrel feels quite plasticky and the manual focus ring isn’t rubberised. The manual focusing is achieved by using the fly-by-wire method. It also has a full-time manual focus override ring, useful to give slight tweaks to the AF position, but no aperture ring, as it is controlled electronically through the camera body. The focus ring is wide enough to grab while manually focusing and offers just enough friction. It also has a ribbed texture. 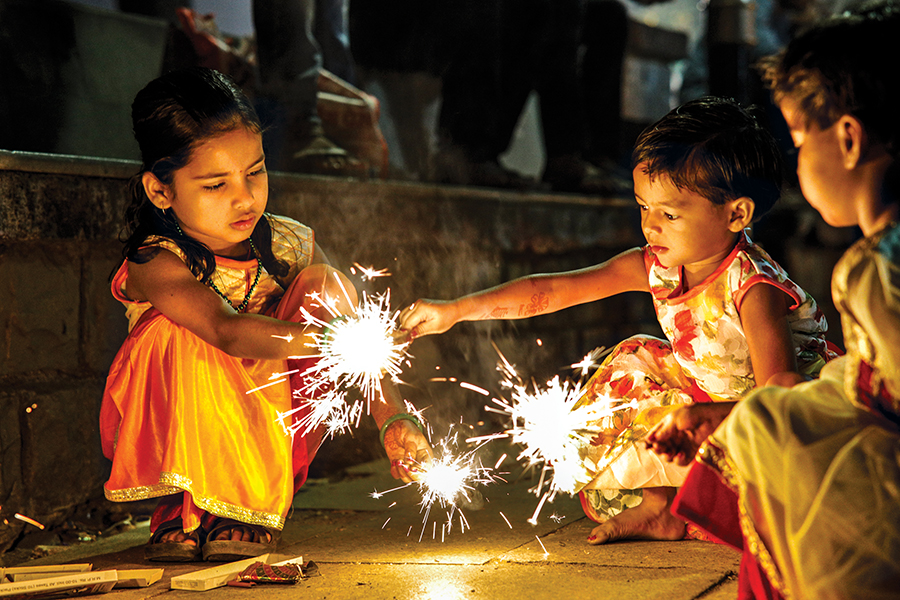 After shooting for few days, I realised that to get optimum sharpness, f/4 is the best option. The 85mm focal length allowed me to isolate myself from the subject. Exposure: 1/40 sec at f/4 (ISO 2500). Photograph/Shridhar Kunte

Performance
AF is still new in Samyang’s lineup of lenses. It did a good job with the help of the dual linear ultrasonic motor, but the focus locking is not as snappy as the Canon 85mm f/1.4 lens. AF is not completely silent, so you can hear the noise from the motor when you use it in a quiet environment, while capturing video. But while shooting outdoors, the noise is unlikely to be intrusive. While shooting at wide open, I observed corners darkening. This works as an advantage, as this helps to emphasise the subject. The lens regains uniform illumination from f/4. It produces dramatic bokeh at this focal length, but the combination of good centre sharpness and a nice gradient of blur, produces nice pictures at f/2. There is a noticeable chromatic aberration on the edges of the bokhe in the images captured in bright/high contrast light. There is an improvement in chromatic aberration from f/2.8, but when the lens is stopped down it vanishes. The lens hits the peak performance at f/4 in all respect. The light fall off is clearly visible at f/1.4. It starts reducing from f/2, and improves considerably from f/4 onwards.

Conclusion
As far as optical performance of this lens goes, it struggles a bit to keep the pace with the other 85mm lenses that we have tested so far. The Samyang is priced at Rs. 54,990, which is about 15% less than the Tamron 85mm f/1.8 lens. In the 85mm league, there is a cutthroat competition, but this lens makes a statement in terms of its lightweight and compact design. Samyang has done a good job when you think of construction quality, especially with the decent amount of weathersealing and the comparatively low pricing. But in terms of image quality it is just a tad behind the big four in the fray.