Samsung NX1000: Worth a Connect The Samsung NX1000 fights hard to stay relevant amidst some strong competition, but it has one neat trick up its sleeve. Raj Lalwani finds out.

The arrival of every new camera brings a fresh buzz to the Better Photography office. While we are strong proponents of the fact that the camera does not determine how good a photographer is, we are also a bunch of geeks, at heart. When the Samsung NX1000 arrived on the test bench last month, we weren’t quite sure how to react.

At one level, I was very excited. After all, this, is the first interchangeablelens camera that has inbuilt WiFi (it was announced before the Canon EOS 6D). But my response was also a little guarded… after all, Samsung themselves seem to promote their consumer gadgets like the Galaxy camera much more. Would the NX1000 find its place in a brand-loyal, price-conscious India?

Features
The NX1000 is a camera that seems to be simplistic and low-end, but it also has several interesting shades. For those who are late to the party, Samsung are actually quite experienced in the mirrorless game—this is the eighth camera in the NX lineup. Though it only has entrylevel aspirations, it packs in a decent number of features from its high-end predecessors as well.

The NX1000 has a new 20MP APS-C sized sensor. This is a stepup from the older 14.MP sensor that wasn’t as good in terms of resolution and noise performance as competing APS-C sensors. The camera comes with a kit lens that has a rather curious focal length. The20–50mm (equivalent focal length of 30–75mm) is neither as wide as regular kit lenses, nor does it get as close.

While one may question why Samsung has made such a choice, I think it has a few advantages. The smaller zoom range is not something that gave me too many problems, and the size of the lens is perfect for a camera this small. At least we do not have a situation like Sony NEX, wherein the lenses completely dwarf the bodies. The camera is nice and responsive, but since the 20.3MP files are large, you need to use a fast card to get the possible performance. Exposure: 1/500sec at f/8 (ISO 1250). Photograph/Raj Lalwani

The Magic Smart Filters aren’t as refined as similar modes in Olympus and Sony cameras. The Vignette filter gives great results, but it sometimes results in banding, when the sky is in the frame. The lack of a great in-camera B&W mode was something else I missed. The Magic Frame options are downright childish though, even cell phone users do not play with such effects anymore.

WiFi, as I mentioned, is the big trump card of this camera. And before you dismiss that as a gadgetry gimmick, let me tell you the various things one can do. Imagine the ease of immediately uploading something the moment you have shot it, just like one does with their cell phones. Such functionality would be appreciated by both consumers and professionals on the go!

One can also use the connectivity in other, interesting ways. Smartphone users can download an app that allows you to see exactly what the camera is seeing… so you can keep the camera in one location, and monitor its framing from somewhere else altogether. Not just that, you can change settings and even fire the shutter remotely! A big thumbs up to Samsung for including this vital feature… something that other manufacturers are still catching up to. The NX1000’s high ISO performance is much improved. There is only some luminance noise and colour fidelity hasn’t been affected. Exposure: 1/10sec at f/5.6 (ISO 6400). Photograph/Raj Lalwani

Handling
There are a few basic handling quirks, but those apart, this is a remarkably well thought out camera. My praise comes from the fact that almost every company has made compromises while keeping the size of their mirrorless cameras down.

Since the negatives are few, let me first quickly mention them. The plastic body of the camera, while nice and solid, is extremely smooth and slippery. Thankfully,it has a large grip, but this isn’t a camera I would be comfortable holding without a strap.

The On/Off switch is smartly nestled around the shutter-release button, but it is very loose. There were occasions that the camera accidentally switched on, while inside my bag. Though the styling is modern, Samsung’s menu system will please the traditionalists. Unlike Sony (gimmicky and unintuitive) and Olympus (detailed, but complex), the menus of the NX1000 are perfectly categorised.

The 921k dot LCD is very sharp. Thoughthe camera does not have an AMOLED screen like its more expensive brethren, Iwelcome that. LCDs may not be as easy to view in daylight, but Samsung’s AMOLED screens are way too vibrant, making it difficult to gauge what the picture actually looks like. The hot shoe and tripod socket are perfectly aligned with the lens. 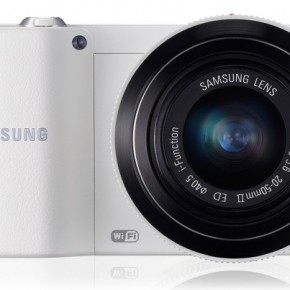 Like most mirrorless cameras, the front of the camera is completely minimalist, with no real controls. The grip is nice and deep, but the overall plastic body is quite slippery. Handle carefully if you are shooting in difficult conditions! 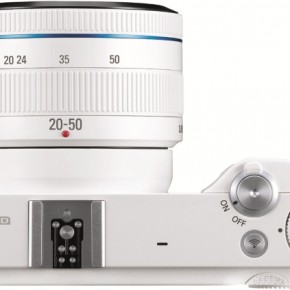 The direct-access button called Smart Link helps connect the camera to a smartphone via WiFi instantly. Thankfully, the camera has a mode dial, unlike some other entry-level mirrorless cameras that tend to exclude one 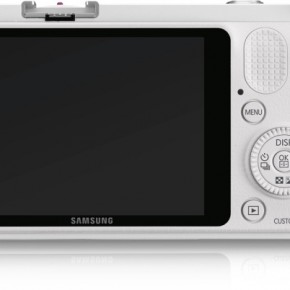 The LCD screen is sharp and detailed, but there is no touchscreen functionality. I never had a problem in accessing any particular function. Samsung must be appreciated for keeping a good number of directcontrol and customisable buttons on the camera

Performance
The NX1000 is a consistent performer. In terms of AF, Samsung hasn’t reached the speed levels of the competition, but there was never a situation when I missed a photo due to focusing. When used with a fast card, the camera is nice and responsive (8fps!), but the startup time could have been better.

Colour fidelity is excellent, as is dynamic range. TheNX1000 does not match the Sony NEX-5R in terms of high ISO performance, but it is far better than previous Samsung cameras. ISO 6400 is not bad, if you are willing to spend time processing the RAW files. Battery life is excellent for this category of cameras.

The quality of the 20–50mm optics is excellent. There are minimal aberrations and sharpness is very good. For once, we have a kit lens that does reasonable justice to a high-resolution sensor.

The colours straight out of the box are vibrant, without being overdone. A P Wiz mode allows you to bracket between three different Picture Wizard settings. Photograph/Raj Lalwani

The Samsung faces some very tough competition. The Sony NEX-5R only costs a little more and produces better quality at high ISOs. A serious photographer would also be tempted to go in for the pocketable RX100, which may not change lenses, but gives incredible image quality and value.

There are two things that go in the Samsung’s favour though. Unlike Sony (the only other mirrorless brand whose pricing comes close), their lens system is actually quite nice, with a bunch of pancake prime lenses that make perfect sense on a camera of this size. The second, of course, is the fact, that this is the first mirrorless camera that can share images instantly. If you appreciate small primes, simplicity or connectivity, this should be your mirrorless choice. The startup time and the amount of time the camera takes to recover from the Sleep mode is a little more than ideal. Once it is up and running, the shot-to-shot time is fast. Photograph/Raj Lalwani

Ergonomics
Excellent menu system, simple without being restrictive in any way
13/15

Who Should Buy It?
Those who enjoy shooting with a small camera, and also want to share them instantly.

Why?
Unlike other APS-C mirrorless cameras, Samsung has several small lenses that one can use on this intuitively designed camera. Inbuilt WiFi is another big advantage. 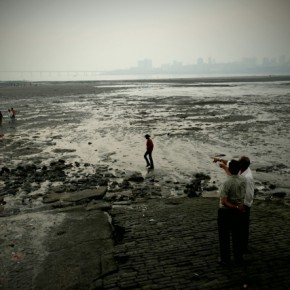 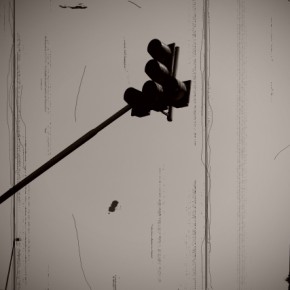 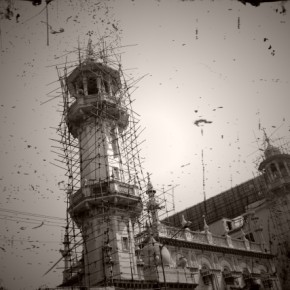