Ambarin Afsar tells you about the only question you need to ask yourself while considering the Samsung Galaxy Camera EK-GC100.

Cameraphone technology has been evolving at breakneck speeds. Cell phones are striving to offer better sensors and more megapixels. The point-and-shoot market is being eaten into, and the latest wave of revival seems to be cameras which run the Android OS system and offer the facility to connect to the web instantly via WiFi or 3G.

Features
The Samsung EK-GC100 is a 16MP compact offering 21x optical zoom (23–483mm), with a 4.8-inch high definition capacitative touchscreen, the Android 4.1 Jelly Bean OS and a 1.4GHZ quad core processor. All these essentially make it a Samsung Galaxy SIII phone with a superzoom lens, slightly larger sensor, a popup flash and an inferior screen.

You can use a 3G microsim or use a WiFi hotspot to do everything that a smartphone does, except make actual voice calls.

The camera has the usual suspect PSAM modes, 15 Scene modes and 15 Effects or Art Filters. I found the Galaxy camera performing really well when it came to effects like Old Photo, Gothic Noir, Impressionist and so on. But when I viewed the images on the PC, I realised that they had all been downsized from 16MP to 2MP without so much as a warning! The camera can record Full HD 1080p video well as slow motion video at up to 120fps. 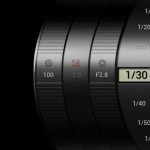 Annoyances Within the Galaxy Camera’s Interface: Camera controls are provided in the form of a virtual lens barrel which covers half the screen while shooting, making one miss what is going in the frame. 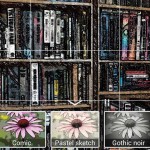 The most frustrating thing about the Effects line-up is that every time you get back to shooting, from playback, the camera forgets which effect you had chosen.

Handling
The camera is very large and it weighs a whopping 300g! This is considerably heavier than most point-and-shoots and smartphones. The design of the camera is quite minimalist. The rear is only dominated by the 4.8-inch touchscreen. Surprisingly, this did not deter me too much.

The interface is fairly easy to understand and the camera is not sluggish.Third-party apps as well as native apps work quite well. Battery life lasts around 2-3 hours of continuous shooting. The CIPA rating given to the camera is around 340 shots, which more or less matched up to what I found. However, regardless of whether you are a moderate or heavy app user, be prepared to charge the camera by evening.

Performance
The image quality of the Galaxy camera is much like that of a basic compact, and in that, it is disappointing. There is ruthless noise reduction at almost ISOs, and even at ISO 100, images soften up, display oversharpening and artifacts. All of this gives the images a mushy appearance when viewed at 100%.

The colours are punchy and contrasty straight out of the camera and Auto White Balance does a good job in almost all situations. Autofocus is also fairly decent and intuitive at the wide end, while at 21x, it gets slightly slow. The touch focus and touch shutter features are quite responsive.

The lens functions smoothly throughout the zoom range, however, it shows some fringing in high contrast situations. The Vintage filter lent a nice cool blue tint to my images. The camera’s strengths lie in its filters. Exposure: 1/320sec at f/4.
Photograph/ Ambarin Afsar

Conclusion
The EK-GC100 has plenty of glitches to be ironed, in terms of the interface and image quality. In order to be a true convergence device, the camera needs to be at par with the smartphone experience, which has not happened. Priced at Rs. 26,520, you have to ask yourself whether you really need this gadget. If you really want good image quality, you could simply opt for the Canon SX50. But if you have your heart set on this camera, then wait for the WiFi version.