Raj Lalwani falls in love with the charm and feel of the Fujifilm X-Pro 1, only to realise how difficult and frustrating love can sometimes be.

The first time I saw her was in a taxi. I had heard about her before, but it was the first time that we were actually meeting. She was lit gloriously in sodium vapour streetlight. I looked at her, and sighed.

Let me introduce you to her. Her name is the Fujifilm X-Pro 1. I usually do not think of cameras in terms of their looks, but trust me, this camera is hard to resist. Retro, analogue, maverick, hipster… or maybe just classic and timeless. Holding the X-Pro 1 feels like being in a different world, like being in love.

Features
Meet the Fuji. The X-Pro 1 is the high-end version of the X100, a camera that has attracted its share of diehard fans and critics, since it released. How is it different? The X100 had a fixed lens that gave an equivalent focal length of around 35mm. With the X-Pro 1, you can see the world in three different ways— through a wide angle view of approximately 27mm, through a normal perspective and then up close, with a 90mm equivalent macro lens.

A few days into our liaison, I thought that the novelty would wear off, but the camera continued to engage me. The X-Pro 1 has an APS-C sensor (only, did you ask?). Interestingly, the company has claimed that it would outperform full frame DSLRs. One of the reasons, they said, is the fact that the camera has no anti-aliasing filter.

AA filters are usually placed in front of the sensor, to reduce the formation of an ugly pattern called moire. But while fighting it, they end up reducing sharpness too. Fujifilm has changed the pixel arrangement to get the best of both worlds—images are tack sharp, but moire is kept away. Rarely does a camera feel so good, that it becomes an extension of ones eye. Photograph/Raj Lalwani

This may sound contradictory, but besides the looks, what attracted me to the Fuji was her simplicity—no exaggerated effects, no 60fps shooting, no dedicated movie button, no WiFi, no Dog or Cat Recognition.

That, for me is the soul of this camera. The Fujifilm X-Pro 1 is not a feature-packed gadget, but a simplistic photographic tool. It is refreshing to not be bombarded by a hundred modes that tell me what to do. When I am shooting, I like to be directed by the place, the people, the activity and feel. The last thing I want is a camera that tries to think for me.

The X-Pro 1 is a relatively softspoken camera, but she talks more audibly than the near-silent X100. That is because it has a focal-plane shutter instead of the leaf shutter used in the X100. This is both good and bad. It is nice as one can use the fastest shutterspeeds of the camera, even while using the widest apertures. However, the downside is that the Sync Speed is a conservative 1/180sec instead of the crazy 1/2000sec, offered by the X100.

Talking about flash, where did it go? The X100 is one of the best cameras today in the manner in which the flash balances with ambient light. But since the X-Pro 1’s name says ‘Pro’, the company has decided to do away with the flash. Certain companies tend to assume that pro cameras should not have an onboard flash, which is quite shortsighted, I think. An onboard flash, if used correctly, can play several roles. I believe that instead of showing the viewer what the subject looks like, a photograph should ideally convey what a place feels like. To convey this, one may wish to use techniques that go beyond the obvious, such as this. For this photograph, the camera was kept still for around half a second and then deliberately moved, almost like the motion of a steering wheel. On paper, one may think that the lack of stabilisation means that it is difficult to use slow shutterspeeds with the X-Pro 1. But then, as I realised, the lack of mirror slap actually makes the whole process so much more intuitive. The Monochrome Blue Filter mode and some increased contrast resulted in a rather abstract rendition that probably represents the creative possibilities of the camera. Photograph/Raj Lalwani

Handling
Love can rarely be reasoned, but somewhere, somehow, it just feels right. Similarly, a great camera is one that feels good. The X-Pro 1 fits the bill as it easily becomes an extension of the eye.

The camera is very discreet. Walk quietly, click and move on. The shooting process is also a lot more intimate. The first time I looked through the Hybrid Viewfinder, I realised how much more useful it can be, as compared to regular DSLRs.

But then, the honeymoon period soon got over. The X-Pro 1 does not seem to do her bit in making the relationship more stable. Besides the lack of stabilisation, the Auto ISO functionality is laughable. One cannot set the minimum shutterspeed that must be used in this mode!

This is not an easy camera to shoot with. You need to concentrate and be in the zone all the time. But then, though the camera demands all your time and effort, she herself tends to be lazy. This may sound like a common complaint… but she takes her own sweet time to get ready for the shot!

The graphical user interface is better than what we had seen with the X100, but still feels a little buggy. For instance, the time taken by the camera to write an image is actually longer, when playback is switched off! The Macro mode allows the lens to focus closer, but shouldn’t the camera do this automatically, whenever needed?

I personally love the Quick Menu button. After all, you do need someone who helps you present your views, gives you some perspective on what options you have, and so on. Considering that the camera has several choices for Film Simulation, Dynamic Range and so on, such a menu makes sense. 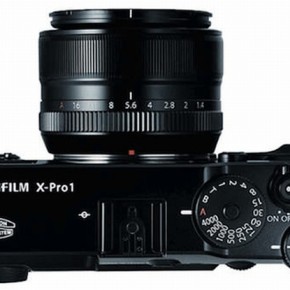 The retro external control for both aperture and shutterspeed is a delight to use on field. I did not find the use of a lock on the shutterspeed dial though. It only came in the way of shooting. Shockingly, there is no dioptre adjustment. 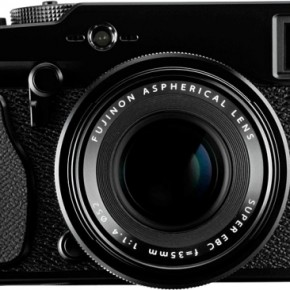 Unlike pro cameras from other companies, it is heartening to see that Fujifilm has included a dedicated switch to toggle between autofocus modes. Differently done from the X100, the viewfinder toggle points downwards, making it easier to access. 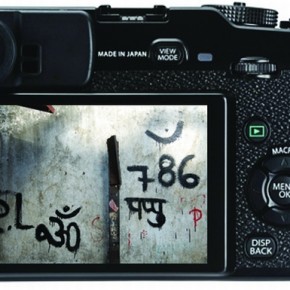 The buttons at the back of the X-Pro 1 are less flimsy than the buttons on the X100. The addition of a dedicated Quick Menu button improves the overall ergonomics and the LCD resolution is brilliant. The image-write indicator keeps flashing in front of the eye and can be irritating.

Performance
This camera and I had our first real fight when she ended up missing a few moments due to a slightly sluggish AF. The autofocus performance is not bad. But considering that this is a pro product at an equally pro-like price, one expects more. Also, the camera sometimes gets confused when trying to focus on a closeby subject. The amount of time it takes to regain focus—especially with the normal lens—is quite a bit.

After the fight about AF, we were on shaky ground. The love seemed to be dying out. But that is when I decided to just look at the pictures I had made. When you realise that a camera’s quality is so stunning, everything seems forgiven. The Fujifilm X-Pro 1’s sharpness and dynamic range are staggeringly good—even superior to some full frame cameras today. When I saw a couple of clear, detailed photos made at ISO 6400 and ISO 12,800, I felt like going out with the camera all over again… in candlelight, this time! Conclusion
Any camera is only as good as the pictures you make with it. Or maybe, as good as the amount it inspires you. While it fulfills both these aspects, the X-Pro 1 is also backed up by outstanding results. The quality is significantly better than what we have seen in any cropped-sensor camera. In fact, it is as good as some full frame DSLRs too.

The camera is priced at Rs. 1,04,999 (with each lens worth an additional Rs. 30,000). If you cannot appreciate its simplicity, you may want to look at the Olympus E-M5 or Sony NEX-7, both of which are cheaper, but really lag behind in quality. The X-Pro 1 comes close to the feel of a Leica at a fraction of its price—with better image quality. It does not sound overpriced anymore, does it?

And yet, there are so many problems— the need for multiple firmwares, the sluggish AF, the idiosyncracies. I have never had such drastic mixed feelings about a camera. I feel like strangling it for some of its quirks. At the same time, I don’t want to stop using the camera. I don’t want this to be a short story.

Will I trust the camera blindly? No, but let me put it this way. Unlike most great cameras, the X-Pro 1 is not a machine. It is more human, a bundle of imperfection… a lot like love. But that is what makes the journey worth the ride and the whole experience of using the camera a lot more real. The retro look of the camera extends to its functioning and its Film Simulation modes. Photograph/Raj Lalwani

Final Ratings
Features
Motion panorama, no AA filter, no IS
12/15

World’s best APS-C sensor, matches full frame in some aspects too, AF can be better
43/45

Who Should Buy It?
Street and travel photographers who want the ultimate in image quality.

Why?
Not only does the X-Pro 1 produce better quality than any mirrorless camera, its sheer feel takes the photographic experience to a whole new level. 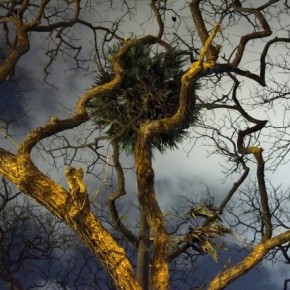 The image quality of the X-Pro 1 at ISO 12800, is actually better than some of the full frame cameras in the market today. Photograph/Raj Lalwani 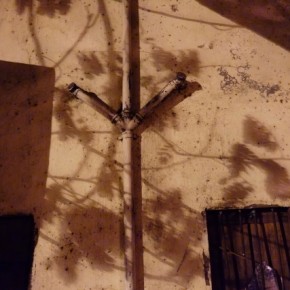 Coupled with the fast aperture of its prime lenses, the camera is ideal for low light shooting. Photograph/Raj Lalwani 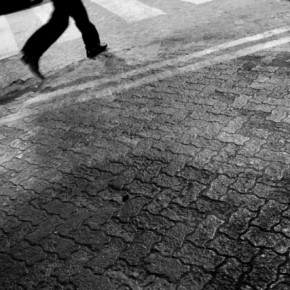 The fly-by-wire manual focusing is not smooth, but it is easy to prefocus and make use of the large DOF offered by the 18mm lens. Photograph/Raj Lalwani 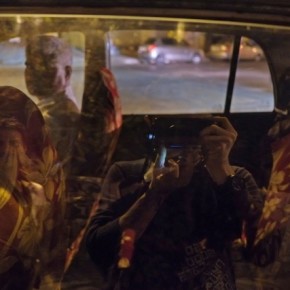 AF speed lags behind other mirrorless cameras, but it is always accurate. Photograph/Raj Lalwani 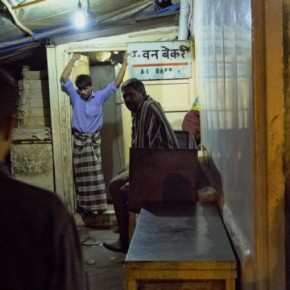 The camera is ideal for discreet shooting. Photograph/Raj Lalwani 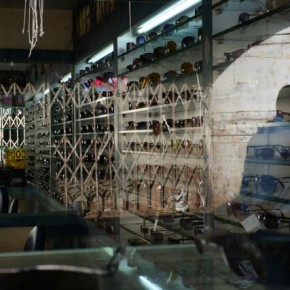 With features like Film Simulation Bracketing and Dynamic Range Bracketing, one rarely needs to use the RAW format. Photograph/Raj Lalwani 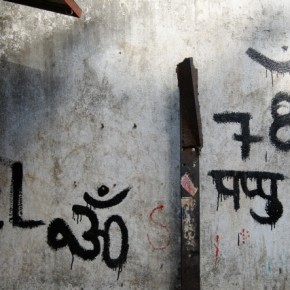 While we will be doing full-fledged reviews of the various XF lenses in the near future, one can easily conclude that they do justice to the excellent sensor of the X-Pro 1Photograph/Raj Lalwani 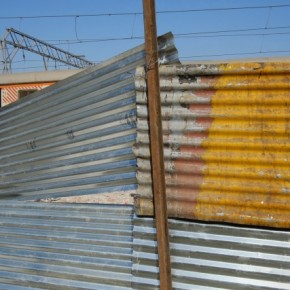 Personally, I enjoyed using the 18mm lens more because the AF performance was faster. Also, with a camera of this nature, using a wider focal length is preferable because you can get close, frame quickly and move on to the next subject.. Photograph/Raj Lalwani 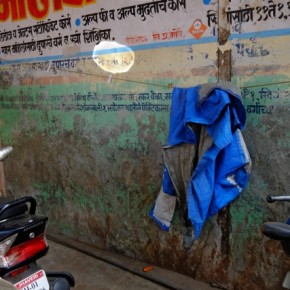 The amount of detail retained in the highlights is exceptional. Photograph/Raj Lalwani 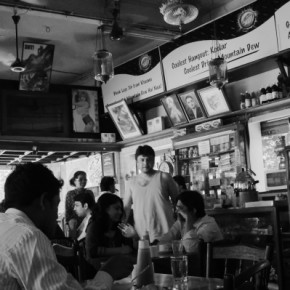 The retro look of the camera extends to its functioning and its Film Simulation modes. Photograph/Raj Lalwani 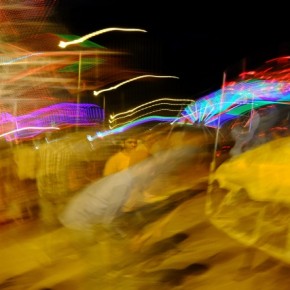 While a similar effect can be achieved by using Slow Sync flash, I made do with the lack of an on camera flash by keeping the camera steady for half the exposure. Photograph/Raj Lalwani 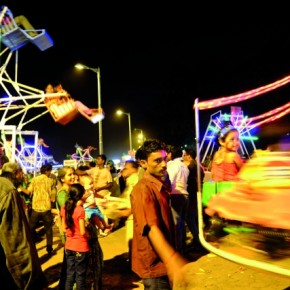 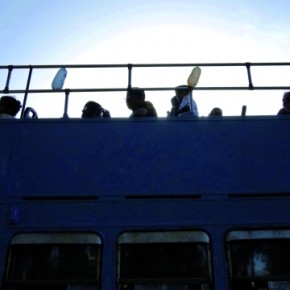 The camera makes you see in a different way. It does not cover for your mistakes, but once you understand its quirks, you can make the X-Pro 1 work to your advantage. Photograph/Raj Lalwani 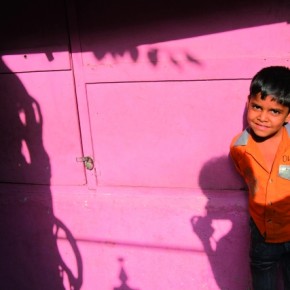 Plenty of people on the streets came up to me and asked if I was using a film camera. The camera is digital, but the Film Simulation mode is fun and effective. Photograph/Raj Lalwani