K Madhavan Pillai takes a look under the hood of the Ricoh GR, and finds a whole host of serious features backed by rock-solid performance.

Since the acquisition of Pentax by Ricoh in 2011, the GR is the very first Ricoh camera to be released. Thrilling aficionados of the venerable series, the new GR (the fifth) now sports a 16.2MP APS-C sensor nine times larger than previous GR editions. In India, the similarly priced Nikon A is vying for exactly the same markets. The Sigma DP1 Merrill, while falling in the same price bracket, is a very different kind of beast. So is the more expensive Fuji X100S. On the test bench, we discovered that the GR can certainly hold its own.

Features
The sensor does not have a low pass filter, which means that the GR delivers much sharper images, but a greater propensity to produce moiré. So Ricoh has built in a moiré correction option in the playback menu.

The GR houses a 18.3mm (28mm on a full frame) f/2.8 lens which has a 9 bladed aperture (2 more than the Nikon A) which also doubles as the lens shutter. The GR offers a shutterspeed range of 1/4000– 300sec (much wider than the Nikon A), and unlimited JPEG burst depth (the Nikon A is limited to 26). The GR includes built-in ND filter and full HD video with stereo sound at 30/25/24fps (but with no manual controls).

There are no scene modes, but there are picture effects accessed through a dedicated, customisable button. There is a macro mode, interval timers (including interval compositing), bracketing (exposure, effects, dynamic range, contrast), dynamic range compensation, multiple exposures, and also has DOF indicator as well as DOF preview! With no low pass filter, the sensor makes excellent use of the superbly sharp optics, especially when the lens is stopped down at narrower apertures. Exposure: 1/250sec at f/11 (ISO 100) Photograph/ K Madhavan Pillai

Manual focus in the GR comes with many ways to confirm focus. You can move the target, select magnification, and view using four different ‘edge enhancement’ options (the GR’s version of Focus Peaking). Apart from the regular slew AF modes, you also find ‘Pinpoint’, Snap AF, and infinity focus.

I was particularly thrilled with Snap AF, which snaps the focus to a predefined distance when the shutter button is slammed all the way down, without stopping to actuate AF. This is exactly what I very sorely missed in other fixed lens cameras… perfect for setting hyperfocal distances.

In sheer features, the GR’s magnesium alloy cup (as opposed to the Nikon A’s heavier aluminum alloy) runneth over…overwhelmingly so. That is until you get to the handling customisations possible. 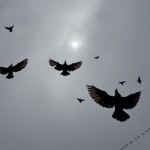 Responsive Enough for Quick, Spontaneous Bursts of Shooting The GR is able to shoot bursts of 5 RAW plus JPEG images at about 5fps (with an average write time of a respectable 5 sec to clear the buffer), or an unlimited number of JPEG at 4fps, on a fast card, until the card fills up. Photograph/ K Madhavan Pillai 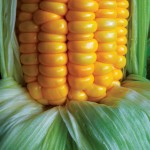 Handling
I was initially daunted by the presence of so many little buttons and the bevy of options. But once I got around to it, the GR delivered a fantastic level of operational smoothness.

For example, I could select up to five settings (from 13) to be controlled by the rear Adjust ‘flick-press’ lever. A sixth function, ISO, could also serve as the optional default, if flicked without being pressed. The front command dial would scroll, while the Adjust lever would be flicked between options, and pressed to confirm. Between these controls, I had almost every important option I needed for fast single handed shooting. 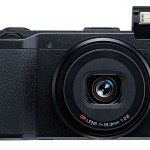 The camera eels reassuringly sturdy and is comfortable to hold. The lens is recedes back almost in line with its slim body when switched off, making the GR particularly ‘pocket friendly’… a small but practically useful feature. 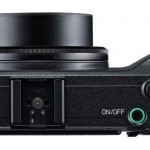 The accessory shoe is also used to mount the optional optical viewfinder. The mode dial lock needs to be depressed before rotation, preventing accidental changes. The new TAv mode is a visible Pentax influence. 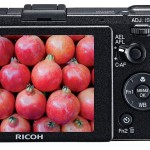 The display is excellent. The buttons are extremely customisable. For a camera that does extra to prevent accidental changes of modes, the compensation buttons are just as easily accidentally depressed while shooting.

There are a total of 26 functions apiece that can be assigned to the Effect, Fn.1 and Fn.2 buttons. There are three My Settings positions on the mode dial, each of which remember complete GR setups. Six such setting groups can be registered to the GR’s memory, then swapped with those assigned on the Mode dial.

Both in terms of camera behaviour and controls, the Ricoh GR is the most user customisable camera I have tested.

Performance
I found myself using hyperfocal distances in the Av mode, with Snap Focus, along with single point AF, very frequently. After the handling customisations, this is easily my favourite feature of the Ricoh GR.

AF speed, while not the best amongst APS-C mirrorless cameras, is reasonably quick to respond and lock. In lower levels of light, it took slightly longer, but it locked quite convincingly. Admittedly, I rarely used manual focus, despite the camera offering so many wonderful confirmation options.

With no anti-aliasing filter, images with the Ricoh were wonderfully sharp. Most of the subjects I shot did not produce visible moiré. The lens did a very good job in keep up with the sharpness of the sensor. I was particularly impressed by the respectable center to edge sharpness wide open, at f/2.8. Of course, stopping down does help improve edge sharpness. At f/11 and f/16, there is the slight expected drop. Yet, across the aperture range, the lens delivers results.

The GR delivers 12-bit RAW as opposed to 14-bit RAW on the Nikon A. The real world significance of this is debatable. However, the dynamic range of the GR is quite impressive to begin with.

Conclusion
Between the GR and its closest foe, the Nikon A, there is hardly any difference in quality of image, noise levels or dynamic range. It is apparent, though, that the two cameras see images slightly differently. Saturation with the GR is slightly muted and contrast is lower. The GR gains over the Nikon A in is sheer customisability, overall handling, AF speed, and features like shutterspeed range, Snap Focus, and continuous JPEG burst shooting. All of these are very significant, making the Ricoh GR the best available choice for this type of camera in the market today.

There is always trouble in paradise, or at least in India, when money comes into the picture. The Ricoh is priced at Rs. 59,495. This is eight percent more than the Nikon Coolpix A. As mercenary as this sounds, this difference would have been acceptable, considering all that the GR has to offer…until one learns that the GR is priced about 30 percent lower abroad!

Let me be be clear… the Ricoh GR is indeed a superb camera that you will not regret buying. Yet, Ricoh’s extreme pricing makes yet another brilliant camera seem worth saving up for… the Fujifilm X100S, which costs just 15 percent more.