How do you improve a lens that is already supposed to be one of the sharpest lenses ever? Raj Lalwani tests the new Nikkor AF-S 85mm f/1.4G ED, to see what this upgrade offers.

Traditionally, the 85mm lens has always enjoyed a cult status of sorts. This short telephoto lens is a part of almost every manufacturer’s lineup and is known for its stunning performance. For instance, the old Nikkor 85mm f/1.4D has been long known as one of the world’s sharpest lenses! This is precisely the reason why I was wondering what an upgraded version of this lens would mean. Does it really bring anything new to the table? These were the thoughts that were going on in my mind as I unpacked the all new Nikkor AF-S 85mm f/1.4G ED lens.

Features
The 85mm f/1.4G is an ideal lens for photographing people—the distance at which you need to operate ensures that you get a slightly flattened, flatteringperspective that makes your subject look great. Also, the amount of depth control one can achieve at f/1.4 is excellent,making it ideal for any work that demandsthe use of shallow DOF and bokeh. Coupled with the high ISO capabiliies of most DSLR cameras today, it is also an effective low light tool for wedding, stage and event photographers. The optical construction of this new lens is similar to its predecessor, except for the addition of Nikon’s proprietary Nano Crystal Coating—a technology that has successfully been used in many recent pro lenses, to minimise ghosting and flare. However, considering that the older 85mm was already an excellent performer in terms of flare, we did not find any significant improvement in the new version. Prior to the release of this lens, rumours were abuzz that Nikon had filed a patent foran 85mm f/1.4 VR lens, but the lens that has been finally announced does not featureVibration Reduction. While the lack of VR helps keep the size and weight down, it is a feature that could have helped this lens distinguish itself from its predecessor.

Handling
The advantage of an f/1.4 maximum aperture has to be literally seen to be understood. The fast aperture ensures that the large viewfinder of the Nikon D700 is even brighter than usual, making the shooting experience enjoyable. In fact,the first photograph I shot with this lens was mid-air, while flying from Mumbai to Bengaluru, at night. A slower lens while shooting through the polarised glass of the aeroplane would have made it really difficult to frame the image through the viewfinder. As with every pro Nikkor lens, the build quality is impeccable. The lens balances superbly on the full frame D700—I tested it on several cameras and realised that it balances well on all cameras, including the relatively small-sized D90 and D3100. One advantage this lens has over the previous 85mm f/1.4 is the ability tomanually override and fine tune autofocus. This is useful while shooting video, and also when shooting at its fastest aperture. The AF-S technology that this new lens gets, ensures that the focusing is absolutely silent, which is ideal for videographers andwildlife photographers.

Performance
However, it is this same AF-S technology that brings us to something we did not quite like. The previous 85mm lens’AF system was loud and clunky, but it was extremely fast. In comparison, the autofocus of the new lens is much slower. While this will not affect portraitists, it will be a problem for someone who wishes to shoot any extremely fast-moving subject with this lens. The improvement in sharpness over the previous lens is not much, except at f/1.4—this new lens is much sharper at this setting. The contrast and resolution at all aperture settings is excellent, and the control overflaring and fringing, superb. The quality of bokeh is beautiful, with a smooth and pleasing blur behind the tack-sharp subject.

Conclusion
Despite the stunning optics, one must admit that the difference in qualitybetween this lens and its predecessor is not much. We recommend the new G version only if you really need the ability to override AF, or have a high resolution body like the Nikon D3X. For others, the older AF-D lens still has great optics, and its price has been dropped to Rs. 64,180, which is an incredible deal—Rs. 50,000 less than this new, upgraded version! The NikkorAF-S 85mm f/1.4G ED is an exception allens, with its only undoing being the fact that it is much more expensive than its near-perfect predecessor. You can improve perfection only by so much. 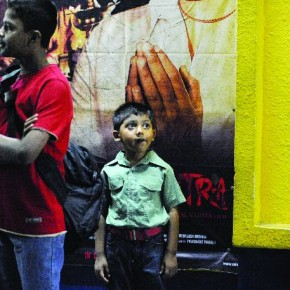 The lens produces sharp, contrasty images at all apertures and is ideal for shooting in low light. Exposure: 1/250sec at f/2 (ISO 3200). Photograph/ Raj Lalwani 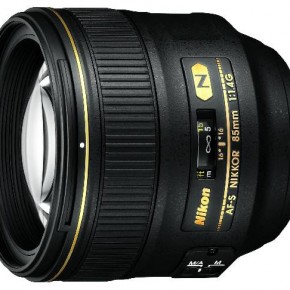