While its predecessor had a huge fan base, the Canon EOS 5D Mark III seems to have undergone a complete revamp. Shridhar Kunte finds out.

Until recently, Canon was a big player in the megapixel race. Now, it seems that they have decided to go slow in that aspect and concentrate more on the other technologies and parameters in which the competiton had raced ahead. This is what underlines the arrival of the new EOS 5D Mark III, the third iteration of what has been a very popular series of cameras.

Features
For the 5D Mark III, Canon has borrowed some advanced features from their APS-C flagship, the cheaper 7D, and their new full frame flagship, the EOS 1D X. This has been done while keeping the resolution similar to the 5D Mark II, at 22.3MP.

The main difference between the sensors is the redesigned photodiode and microlens construction. The Mark III sensor includes gapless microlenses that have been moved closer to the photodiodes, in a bid to improve light sensitivity and give better quality at high ISO settings. While it is an appreciable step, the ‘conservative’ resolution count is interesting, considering it comes at a time when the competition has jumped to 36.3MP.

Focusing was the Achilles’ heel of the 5D Mark II, which had the same outdated AF system as the original 5D. For the first time, Canon has decided to use the focusing system of their pro flagship in a small-bodied full frame DSLR. Just like the 1D X, the 5D Mark III has a 61-point AF system. Of these, 41 are cross-type sensors and five are dual cross-type points. This is a big improvement. However, just like the 1D X, the camera does not support f/8 AF sensitivity (which the latest Nikon full frames do). This restricts the use of teleconverters with slow lenses.

The AF system is highly configurable; when I was using it for the first time, it took me quite a while to get used to it. If you pick up the camera just before an assignment, you may want to spend all your time familiarising yourself with the intricacies of the various AF options available. The camera uses the iFCLC metering system that we first saw in the 7D.

While the 5D Mark II signified a massive revolution in the world of DSLR video, the 5D Mark III is more of a natural evolution. Improved compression formats, variable frame rates and the general improved sensitivity of the sensor means that you can capture superb video, even while shooting in very low light… ideal for a documentary filmmaker or multimedia photojournalist. The camera has a headphone output jack that helps monitor audio. This is a great feature that we first saw in the Nikon D4 and D800. However, for serious use you may want to record audio separately. Handling
From afar, the 5D Mark III looks similar to its predecessor but the control layout and feel is actually closer to 7D. The weather sealing has definitely been improved and the magnesium alloy body seems a lot more durable.

The Mark III feels more rounded on the corners. I certainly feel that the new design is easier to grab, which is useful during long hours of shooting. On earlier models, there was only one single lever for power ON/OFF and to lock the rear command dial, which annoyed some users. On the Mark III, this is being separated into a Power button on the left of the top panel and a dedicated locking button.
This welcome distinction should prevent photographers from accidentally locking their camera’s settings, while switching on their camera. The welcome change is the addition of a mode dial lock. Addressing the Light Leaks: The Mark III has courted some controversy due to a light leak problem that affects the metering system in some conditions. An exposure shift is seen if you switch the top LCD’s backlight while shooting in total darkness during the exposure. Canon has issued an advisory notice for the same. While it does not affect most users, one wishes they did not have to see such a bug in an otherwise great camera.

In an interesting feature that has not been seen in any other camera, the Playback mode allows to view any two images beside each other, so that you can compare them. This is really handy while capturing portraits or candids, as you can compare photographs that lead up to the moment, to check which one has the better composition or expression. One can even compare histograms side by side.
The camera has a new dedicated switch that enables Live View and Video mode with greater effectiveness than previous Canon cameras. Video recording is engaged by using a button centred in the switch.  The addition of this controller strengthens Canon’s commitment to hybrid photo-video shooting. In a new move, the inside circle of the rear wheel is touch sensitive and tapping up and down allows you to control shutterspeed, aperture, ISO or audio values.

However, all the ergonomic changes are not great. In the Playback mode, the Zoom In and Zoom Out buttons are no longer there. Instead, you have to go through the pain of first pressing a magnifying button on the far left and then turning the front command dial, to zoom in or out. 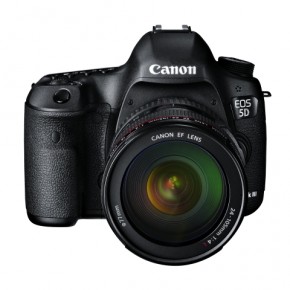 Not many controls are visible from the front. In the top right corner is the mono microphone for recording sound while capturing videos. On the handgrip is the IR sensor that will sense the signal transmitted from IR remote control. 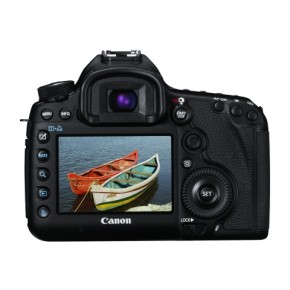 The important buttons on the back of the camera are arranged vertically down the left side, with ample spacing. The LCD covers the major part of the back. Just above the top right corner of LCD is the dedicated video recording button. 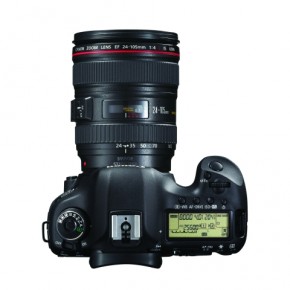 The mode dial is on the left below which is the ON/OFF lever. The mode dial now has a lock to avoid accidental changes. Four function buttons run along the top side of the LCD screen out of which three are dual function.

Performance
The focusing speed is excellent and locks onto the intended targets with ease. Serious users can tweak the camera’s tracking sensitivity to their individual needs, but for casual shooting, six presets options are capable of give great results.
I was happy that Canon has given option of storing images on SD as well as CF cards. While using a top-of-the-line CF card, I could shoot RAWs at the expected 6fps, but with a Class 10 SD card, the speed maxed out at about 5fps. This is purely because of the writing speed of the SD card.

The images captured at ISO 12,800 shows quite some noise and also some artefacts, But even at this ISO the camera maintain good dynamic range. There is a difference of almost two stops between the 5D Mark II and Mark III. Even at ISO 12,800 it is easily possible to make large prints of 12 x 16 inches. Conclusion
Canon has once again done an excellent integration of still and video in one single package. This is not a minor upgrade of the EOS 5D Mark II, but a completely new camera. However, the pricing is a little steep. At an MRP of Rs. 2,06,095, it is approximately double the current price of the 5D Mark II, and also far more expensive than the equally competitive Nikon D800.

While you may want to wait for the pricing to drop, for a 5D Mark II user, the AF and high ISO performance itself are definite reasons to upgrade. Most significantly,the Canon 5D Mark III represents the new technologies that will define the EOS system in the coming future, and that is a sign of an exciting future. The 5D Mark III’s JPEGs can correct for several lens aberrations. While this is great, it is not as well implemented as other cameras as not every lens is supported yet. Photograph/Shridhar Kunte

Who Should Buy It?
Professionals who want a complete stills-video package for a variety of genres

Why?
It may not have class-leading resolution or noise performance, but the Mark III’s speed, AF and quality ensure that it does well in practically every genre of photography 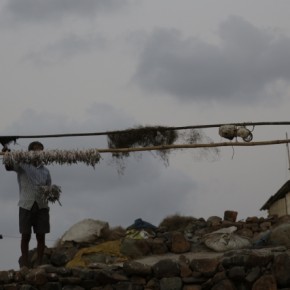 Despite the slight underexposure, the JPEG file shows good detail in the shadow areas. Photograph/Shridhar Kunte 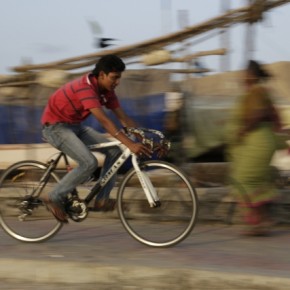 Unlike the rather outdated AF system that the 5D Mark II has, the Mark III is excellent for tracking moving subjects. Photograph/Shridhar Kunte 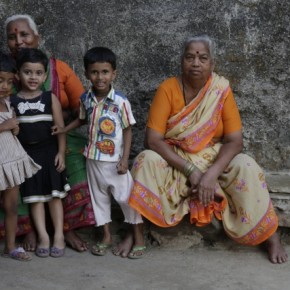 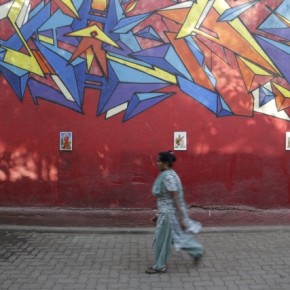 The colour reproduction of the 5D Mark III is quite realistic. Photograph/Shridhar Kunte 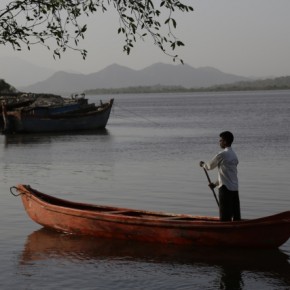 While the kit lens has a useful zoom range, the true magic of the camera’s sensor is seen with better optics. Photograph/Shridhar Kunte 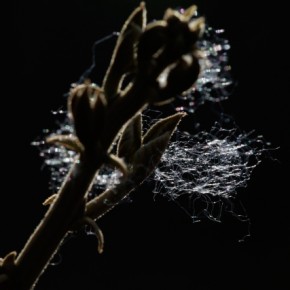 While the resolution is no longer class leading, it does help capture a good amount of fine detail. Photograph/Shridhar Kunte