Another rugged compact camera hits the stores, in the form of the Pentax WG-3 GPS. But is it the best? Supriya Joshi puts it to the test.

Rugged cameras are the early 2000s equivalent of cell phones—at least look wise. They are uniquely designed, come in a myriad of colours and if they fall, are capable of denting the floor without a scratch to themselves. Pentax has a whole line of rugged cameras, and new on the block is the WG-3. It has been labeled as ‘adventure proof’ by the company, but how does that translate to actually using the camera?

Features
The WG-3 was launched in two variants, one with GPS and one without. For this review, we tested the GPS version. The WG-3 is a 16MP waterproof, coldproof, dustproof and shock-resistant camera. It can be used at a depth of up to 14m, withstand a 2m drop, cold up to -10°C and can hold weight up to 100kg. Also, this is currently the only camera that can be charged wirelessly. Sadly, the wireless charger is sold separately.

The camera features a 4x internally stacked optical zoom lens (25–100mm in 35mm parlance) and its maximum aperture is f/2 (at the wide end).

One of the unique features of this camera is a built-in ring light, made up of six LEDs which surround the lens. It is specifically designed for shooting macros, but it is not the brightest. Expect to be really, really close to a fish in order to use the ring light on it underwater. But in the Macro mode, it really helped bring out the textures of the subject.

One can view images on a 3-inch LCD at 460k dot resolution with anti-reflective coating. Some of the Scene modes are interesting. For instance, Digital Wide stitches together two shots to make a wider frame. There is also an Interval Shooting mode and a 1cm-Macro Movie, where the ring light illuminates all through the recording.

Handling
Because the lens is internally stacked, one must be careful about how they are holding the camera at the wide end, as several times I have made images with my fingers in the frame!

Interestingly, the camera features a backlit LCD screen on the front of the camera which displays the current time and can also display altitude and barometric pressure. While the screen is visible even when the power is off, pressing the shutter release button will power the backlight.

The battery life of the camera is not the best. As per CIPA standards, the camera takes 240 shots per charge, which is not so great. It took about two to three hours of shooting for the camera to discharge. Switching on GPS made it even worse!

To test the adventure-proof abilities of the camera, we did everything imaginable—dropped it, dunked it in water, put it in a refrigerator and even stood on it. The camera emerged unhurt, each time. However, the LCD screen did not fair too well… it was subject to several scratches. If the camera is adventure proof, we wonder why they couldn’t make the LCD screen that way too.

Performance
The Pentax WG-3 produces images with good colours and accurate exposure settings. Image quality starts deteriorating from ISO 800 onwards and details start smudging. However, if you are not looking at making really large prints, even images at ISO 1600 are largely usable in smaller sizes. The camera features an IQ Enhancer mode, which claims to give clearer details in images. This is basically a fancier term for noise reduction, but there was practically no difference between images with IQ mode on and off.

Outdoors, the GPS locks quick enough. In image playback one can view the altitude, barometric pressure, direction, and longitude and latitude for each picture.

The camera’s autofocus capability is not so great, especially in low light conditions. However, the sensor-shift image stabilisation is quite good.

One of the better things about using the camera underwater was that the lens would not fog, an issue tough cameras deal with.

Conclusion
To sum it up, the WG-3 is an interesting camera, to say the least. The f/2, 25mm equivalent wide-angle lens is definitely bright, but it is also the same lens that is found on the Olympus Tough TG-2, which is priced at Rs. 22,990. The WG-3 is at least Rs. 1000 costlier. However, the WG-3 certainly has the advantage, with the addition of the ring light, present in no other camera today. 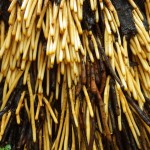 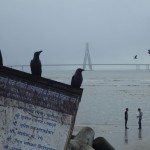 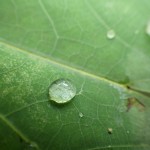