Pentax K-1: First of its Kind Pentax aficionados can finally rejoice! After months of speculation and teasers, the company’s first full frame DSLR, the K-1, is finally here. Despite being quite late in the game to go full frame, Pentax has packed some very exciting features from their earlier models into the K-1, making the heavily weather-sealed, rain resistant 36.4MP DSLR stand out among other full frame high resolution pro cameras from Nikon, Sony and Canon. To sweeten the deal, Pentax has priced the K-1 extremely well, significantly lower than any other camera in its immediate sensor category… DSLR, DSLT, or mirrorless.

Apart from a set of newly launched and existing Pentax lenses (the K-1 I tested came with the Pentax D FA 24–70mm f/2.8ED SDM WR and the SMC FA31mm f/1.8 Limited), many older Pentaxians will also find the backward compatibility of the mount a very attractive proposition indeed. Any of the 200 odd film-era K-mount lenses, and older M42 mount lenses with adapters, including third party lenses, can be used on the K-1, which allows metering and focus confirmation, at the least, and auto exposure and AF with newer mount versions. This is also pertinent to mention because some of the older Pentax lenses are specialised, with superb optics. And with a bit of hunting around, many of them can still be found in India at low prices. Of course, mount adaptations with non-Pentax lenses need to be researched, to avoid damaging the K-1. Among current lens lineups, Samyang, Sigma and Tamron also have lenses that are compatible. Here’s a look at other features that sets the K-1 apart. While the K-1 is not meant for extreme shooting speed, burst speeds up to 4.5fps with a buffer for 13 RAWs (14-bit) along with high quality JPEGs, or 91 JPEGs without RAW, is good enough to capture any anticipated moment. The sensor is able to deliver excellent quality even at relatively high ISO settings, providing the photographer with plenty of bandwidth for manipulating exposure settings. Exposure: 1/640sec at f/5.6 (ISO 8000). Photograph/K Madhavan Pillai

Features
The sensor of the K-1 is currently rated by DxOMark as the third best sensor across cameras, immediately after, and very closely matched, by the Sony A7R II and Nikon D810, both of which are higher priced. The sensor shift based five-axis stabilisation (denoted by the SR on the body, or ‘Shake Reduction’), compensates by a factor of up to 5 stops, with built-in panning detection. Unlike any other full-frame camera yet, the sensor shift mechanism is used in several very innovative ways, some of which were first seen in earlier Pentax APS-C DSLRs. For instance, a sensor vibration function simulates the effects of an anti-aliasing filter, when required, allowing the sensor to be without a physical filter, to maintain the best possible level of pixel sharpness.

Pixel Shift Resolution is yet another significant feature. It works by moving the sensor around by a single pixel four times, for four exposures, that are then combined. This allows every pixel to be recorded in full colour, instead of a single colour of the Bayer array at each pixel site. This increases sharpness, resolution and colour accuracy significantly, while also reducing noise. It increases RAW files sizes from about 45MB to about 170MB. Pixel Shift Resolution is designed to be used on a tripod with non-moving subjects. The Motion Correction (MC) mode helps when there are moving subjects in the shot, but not if the motion is caused by camera shake. A tripod is needed for the best results from this mode. The K-1 sports a rather comprehensive, built-in GPS receiver with an electronic compass, that can be conveniently switched on or off. Using the GPS is also the Astro Tracer function, which shifts the sensor gradually in

The K-1 sports a rather comprehensive, built-in GPS receiver with an electronic compass, that can be conveniently switched on or off. Using the GPS is also the Astro Tracer function, which shifts the sensor gradually in conjunction with the movement of the stars during longer exposures of up to 5 minutes (depending on the lens and position of the camera), so that they remain pinpoints of light and don’t form trails. For those who need it, this function alone makes the K-1 invaluable. Also enabled by the sensor shift capabilities are Auto Level Compensation that makes use of the electronic levels, and Image Composition Fine Adjustment which lets you manually shift the sensor (extremely useful for minimal but quick, accurate corrections when the camera is on a tripod).

Uniquely, the K-1 also lets you individually customise options to switch on or leave off tiny LED lights that lets you see into the card slots, the lens mount (projected from under the pentaprism), near cable terminals, and over the rear controls (the LEDs are behind the LCD panel that you need to lift up)… again, a very thoughtful feature to include for seeing in the dark. The swivelling rear LCD panel is also uniquely designed for strength. It moves on four metal struts The K-1 sports a new AF module, the SAFOX 12, with 33 points. The central 25 points are crosstype. Though not the best in class, three central points in the centre can focus down to a useful -3EV. The viewfinder shows a 100% field of view with a good 0.7x magnification, and features an illuminated LCD overlay with grids, formats and levels.

Video is a regular 1080P30, and microphone /headphone terminals are available with manual audio level controls. There is no clean HDMI output. However, the K-1 has built-in WiFi to transmit and share images and videos wirelessly. The K-1 does not have an on-board pop-up flash (in order to not compromise on the build, but which would have been rather useful in many situations), or a touchscreen. Robust weathersealing makes short work of a bit of rain. The bokeh effects are caused by drops of water on the front lens element. Effective sensor shift stabilisation expands on the possibilities in low levels of light. Exposure: 1/4sec handheld, at f/8 (ISO 250). Photograph/K Madhavan Pillai

Handling
The Pentax K-1 handles exceptionally well (see the box below) but needs a bit of time to get familiar with. The menu opens up a huge variety of customisations with both controls and how the K-1 processes images. For instance, you can fine-tune JPEG image processing behaviour to include how much noise reduction is enabled at various ISOs. The K-1 also has a large number of in-camera RAW processing options, including the application of some fun filters.

Performance
In short… the sensor is brilliant with an excellent dynamic range of over 14 stops at ISO 100, to about 9 stops at ISO 3200. This allowed me to recover a lot of detail from RAWs very easily. Pixel Shift Resolution increases the apparent resolution by at about twice as much in images. JPEGs have a bit too much contrast by default, lending punchy colours, but causing highlights to clip and necessitating an underexposure of about –0.7 stops. However, on processing the RAWs, I felt that the sweet spot for compensation was about –0.3 stops, where shadows were not compromised at higher ISO settings. The AF of the K-1, especially subject tracking, is not as blazing fast as some of the latest (and much more expensive) cameras by competitors. However, AF locks convincingly and is fast enough for most genres of photography except sports and some kinds of wildlife. On the positive side, the AF displays good low light performance without sacrificing speed. Live View focus takes a much longer time to lock. It there is an area of improvement, it would be here.

Conclusion
The Pentax K-1 is priced at Rs. 1,67,707 for the body, which is the lowest price you would pay for a camera with a resolution higher than 30MP. Add to this the range of features and options, sensor quality, sensor shift stabilisation functions, extreme weathersealing, and handling capabilities of the K-1… and what you have is a camera that truly stands apart. This alone makes it a compelling buy for most photographers, even if they are invested in other brands. On the other hand, if you are looking afresh, the Pentax K-1 should certainly be high on your list. 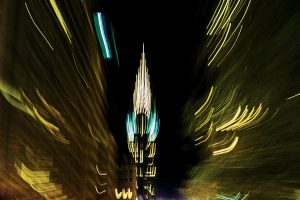 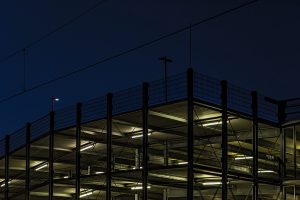