Olympus claims that it has addressed the criticisms that its previous PEN cameras faced. Shridhar Kunte figures out whether the Olympus PEN E-P3 is a tempting buy.

After tasting immense success with their earlier PEN mirrorless cameras line-up, it has become even more apparent that Olympus is viewing it as their mainstream product. As time has gone by, the consumer has been offered a number of new options, and last month’s triple launch continues the same trend. The company launched the PEN EP3, PEN E-PL3 and E-PM1, three cameras that share very similar features, but have a different exterior body and functionality.
The company’s press release that accompanied the launch was rather interesting. They have claimed that the E-P3 (and other two models) focuses faster than any other interchangeable lens camera in the market, when using the AF-S mode. Considering that the focusing speed was the main drawback of the previous generation PEN cameras, I was keen to see whether this line of cameras have finally grown up.

Features
The E-P3 is based on a new sensor developed by Olympus with the same 12.3 megapixel resolution of the E-P2. The default aspect ratio is 4:3, but one can shoot images in aspect ratios like 3:2, 16:9, 6:6 and 3:4. It has a new TruePic VI processor, which makes the overall functioning much faster. In addition to the improved AF performance, the new processor helps minimise shutter lag, improves start-up duration and shot-to-shot time. Simply put, it generally makes the PEN a far better camera to shoot with! For more refined focus, the E-P3 has a 35-zone AF that covers most of the imaging area.
I think Olympus has been listening to their critics very carefully and implementing improvements in the newer models. This can be seen in the placement of the built-in flash, which has shifted to the top-left side of the body, where the mode dial is in the previous versions of the PEN cameras. This flash has various modes which are generally available on entry-level DSLRs, but the most notable of those is the Commander Mode. In Commander Mode, the built-in flash can control external flash guns in three groups. You can individually control the intensity and the sequence in which the external flash guns should fire.
Another problem that has been dealt with is the inclusion of an AF-assist lamp that helps the camera focus in low light. This was something that was missing in the previous PEN models.
The E-P3 box does not include an Electronic View Finder, but the 3-inch capacitive touchscreen OLED screen with a resolution of 6,14,000 dots is quite efficient on its own. Just like the iPhone, you can touch on the screen to activate focus, or even to triggerthe shutter! Thankfully though, while including the touchscreen functionality, the manufacturer has not taken away any manual switches. Traditionalists can switch off the touch functionality and use the knobs and dials of the body, each of which can be customised to a great degree.
Like all PEN series cameras, E-P3 includes a generous selection of Art Filter functions, all of which can be applied to both stills and video. With the launch of this new camera, the company has improved the functionality of the Art Filters, now allowing you to modify them, use variants and also add frames, vignettes and starburst effects. Most importantly, in previous PEN cameras, some of the Art Filters would slow down the camera by a large degree. It would take 5–6 seconds for the camera to write the image on to the card! Now, each of these Filters are applied instantaneously, and can be considered for serious photographers as well.
There is also a unique Art Filter Bracketing mode. Just click the shutter once, and the camera will record ten different images, using each of the Art Filters! The E-P3 offers Full HD in the AVCHD format, with AC3 Dolby Digital
audio recording.

Handling
The E-P3 takes forwards the vintage look and feel we came across with the E-P2. The design may look outdated, but just like many of the respected cameras of the golden age, the E-P3 feels just right in one’s hands. With an all metal frame, it is solid and heavy.
For the first few hours of usage, the touch control screen was fun to use. But soon I realised it is better to keep the touch control switched off while capturing the images, because the camera kept on shooting images even when it I kept it hanging in front of me, simply because it came in contact with my stomach! Unfortunately, the touchscreen functionality is not even close to leading brands of touchscreen phones.
The size of the pop-up flash of the E-P3 is similar to the E-PL1, but the mechanism is slightly better built, with metal parts for more key components. On the back of the camera, the buttons and dials may look a little cluttered, but the controls are logically placed and easily accessible.

Performance
The start-up time is pretty fast, and the camera is ready to shoot almost instantly. The AF speed on the E-P3 is noticeably faster than the earlier PENs. In fact, when I first used the camera, I was practically amazed! However, in some low light conditions, the focus starts hunting and even the AF assist light does not help. That said, the overall performance is certainly superior to any other mirrorless camera.
The JPEG images are sharp and the colours are well balanced and not oversaturated. In my opinion, there is still a limitation in the overall dynamic range of the camera. In high contrast lighting conditions, the highlights do get blown out, more than they would with a leading APS-C sensor DSLR.
The camera handles noise very well till ISO 1200, the base ISO being ISO 200. At ISO 1600, luminance noise is visible with a small amount of colour shift, but the images are still usable. I tried to edit the images using the Olympus software, but was not too comfortable with the results. For noise correction, I would recommend using third party software.

Conclusion
I think the time is not too far when mirrorless cameras will close in on DSLRs. The main criticism that these cameras faced in the past, were the slow AF performance. The PEN E-P3 has obviously addressed this in a big way, at least while shooting stationary subjects. The ability to shoot action-packed moving subjects is still not at DSLR-level, but we are surely in for some exciting times ahead.
The single lens kit is available for Rs. 39,999, while the twin lens kit is available for Rs. 46,999. For the same price, you can buy a DSLR that would have an APS-C sized sensor, and consequently, better imagequality. However, if you do need a small-sized camera for the kind of photography you do, the PEN E-P3 is the best tool in the market, so far. 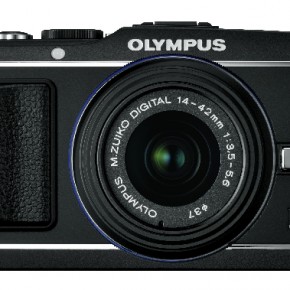 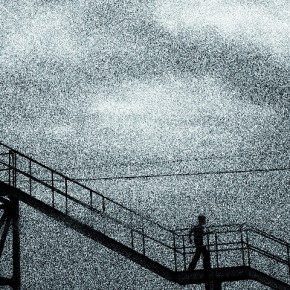 The Grainy Film Art Filter is a fun mode, but it can also make the PEN a serious tool for photographers who can use a similar look to their advantage. There is also the option of using a variant, in which the contrast is not so high. 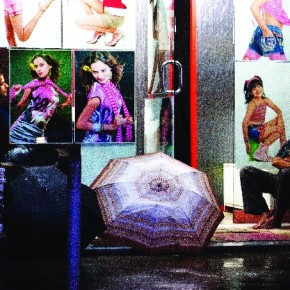 Despite shooting in mixed lighting outdoors, the PEN E-P3 does a good job. There is a decent amount of luminance noise at higher ISOs, but it is structured and looks just like film grain. The AWB performance is excellent. Photograph/Shridhar Kunte 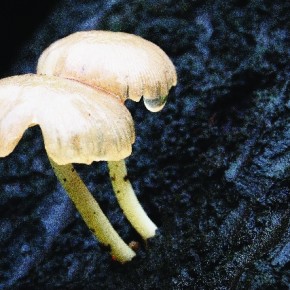 The kit lens is quite sharp and the metering is extermely efficient, even in difficult situations. Exposure: 250sec at f/10 (ISO 1600) Photograph/Shridhar Kunte 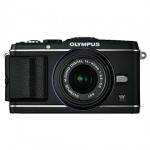