The Panasonic GF6 may be entry-level, but it has the latest in terms of connectivity and features. Shridhar Kunte finds out.

Just a year after the introduction of the GF5, Panasonic has announced the LUMIX DMC-GF6. With the introduction of this camera one can see a clear-cut effort from Panasonic to make a very strong base in the entry-level mirrorless segment. The 16.05MP GF6 has a lot of interesting technology that it borrows from the G6, including WiFi connectivity and NFC.

Features
Panasonic has decided to revamp the look and finish on the new GF6. The camera has the same sensor as the one we have seen in the enthusiast-targetted GX1. It also has an updated processing engine, similar to the one found in the flagship GH3. Both these changes are expected to result in speed improvements, as well as better quality. This was something we did see in practice as well, with a 1EV gain at the high end of the ISO scale, and improved dynamic range.

There is a panorama-shooting mode, but it does not have the kind of finesse that Sony’s Sweep Panorama does. This apart, there are 19 Filter Effects, which can also be used in conjunction with the panorama.

I found two modes really interesting. One is the Stop-motion Animation mode, which works quite well, while the other one is a Clear Retouch function. This mode actually allows one to clone out unwanted elements from a photograph.

Unlike the GH series cameras, the GF6 does not have pro features for video. Even then, the functionality is quite decent. You can record Full HD video, using AVCHD or MP4. You can also manually control exposure while shooting videos.

Just like the G6, the GF6 is also NFC enabled. This technology allows the camera to establish a regular WiFi connection just by tapping two devices together, something where an Android phone may come in handy.

The WiFi capabilities mean that remote shooting and Live View are easily possible via a smartphone or tablet. To make use of the connectivity, you need to download Lumix Link app onto your iOS device or Android device. The graphic user interface of this app is simple enough, and extremely versatile, for both shooting as well as backups.

The unique thing is that if a power zoom lens is attached to the camera, the app allows you to zoom in and out, as well. The communication response time is nearly instant, which makes the GF6 a great tool to shoot wildlife or sports. Handling
As compared to the GF5, the Panasonic GF6 just seems to have much more finesse. One major point which gave us this feeling was the 3-inch LCD screen. Not only is the resolution much better (now an excellent 1040k dots), the touchscreen is now capacitative. This actually works really well while on field, as compared to the resistive, pressure-sensitive screen that was seen in the older GF5.

Although it is not fully articulated, it helps to shoot from awkward angles and also flips up a complete 180 degrees, for shooting self portraits. The Sony NEX-3N that we have tested in this issue has a similar self-portrait optimised LCD, but the GF6 uses this in a much smarter way. Besides flipping completely up, the LCD also has a hinge. This makes both waistlevel as well as overhead shots easy. 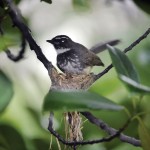 Wireless Flash Control- The flash of the GF6 can be used to trigger an off-camera flash, a feature that is often omitted from entry-level mirrorless cameras. The flash helped balance the exposure. Photograph/ Shridhar Kunte 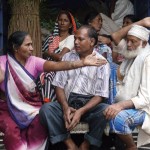 Quick Focusing System- As seen in the G6 that we recently tested, the focusing system on Panasonic’s MFT cameras is even faster now, making it easy to shoot moving subjects on the street. Photograph/ Shridhar Kunte

Thankfully, the mode dial has been brought back. However, the control dial on the back is small in size and can be accidently rotated while shooting throwing your exposure off. Below this dial there are two customisable buttons and other two can be found on the touch LCD. The number of direct-access buttons is thus, more than those found in the older GF5.

The major part of the Menu can be access with the help of touch screen amongst them is the Quick Menu and the Info Display Menu but the Main Menu is still controlled with the help of navigation buttons.

We tested the GF6 with the 14–42mm f/3.5-5.6 HD OIS lens. Despite not being a power zoom, it is quite small, considering that it has a zoom ring, focus ring and stabilisation. 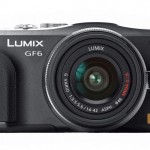 From the front the camera looks shorter than most of the mirrorless cameras. The grip is small, but offers convenience to grip the camera with two fingers and operate the shutter release button with your forefinger. 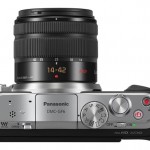 On the top, Panasonic has gone back and reintroduced the Mode Dial on the top. The shutter release button is surrounded by a tele-zoom lever that comes into play when the camera is coupled with power zoom lens. There is no hot shoe. 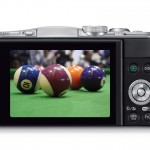 To rest the thumb on the back there is a rubberised thumbrest. It’s good to see that though there is a good quality touchscreen, Panasonic has retained two physical Fn buttons, both of which can be customised to access a wide range of shooting parameters.

Performance
The start up time on GF6 is pretty fast and the camera is almost instantly ready for the first shot. The AF speed was noticeably faster than the earlier G series cameras. The different options while using autofocus are extremely useful. My favourite amongst the lot is Pinpoint, which is extremely accurate if you are shooting with a fast lens or a telephoto, where the margin for focusing errors is minimum.

I set the camera in Natural Picture Mode, I kept this setting while shooting in a jungle, on the streets and even while shooting a stage performance. The JPEG images out of the box show a good amount of detail. At the default setting, they are not the sharpest, but I think that is actually quite good. It means that these images do not have any oversharpening halos and they respond quite well to postprocessing.

The colours are well balanced and not oversaturated. Auto White Balance performance was good for all the outdoor images captured under different lighting.

The video quality is impressive, and the built-in microphone has a good sensitivity to capture sound from about twenty feet. Unfortunately, there is no provision to connect an external microphone.

Conclusion
The GF6 is a competent mirrorless camera that compact camera users are bound to enjoy. The quality and inherent technology is impressive. The only caveat is its price tag in India. For Rs. 49,995, there are plenty of APS-C mirrorless cameras that are in the running, including those with a viewfinder and hot shoe, like the Sony NEX-6.

The Panasonic has some key highlights though. NFC, WiFi, an excellent touchscreen and remote flash control are some of this camera’s prime strengths. The most important factor though, is the Micro Four Thirds mount, which has a much wider range of lenses than the competiton. If you do not intend to move beyond a kit lens, there are plenty of cheaper options, but for those who want to build a system, the GF6 is the right combination of good quality with a small footprint. 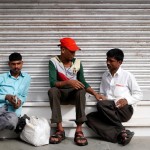 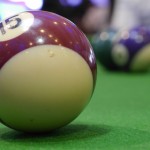 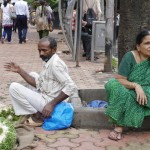 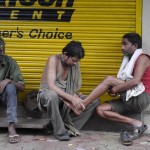