The video expertise of the Panasonic LUMIX DMC-G6 is inspired by the GH3, and as Raj Lalwani finds out, it isn’t a bad stills camera either.

Just before I left for a long trip last month, I was wondering whether one should carry an extra camera to shoot video, in addition to my personal camera (an outdated model that only shoots stills). Almost on cue, the Panasonic G6 arrived at the BP office, with a rich feature set and extensive video control.

Features
The G6 is so packed with video features that it can be called the younger sibling of the high-end GH3. The G6 uses an older sensor though. It incorporates the 16MP sensor first seen in the GH2, but with some modifications. The GH2 had a multi-aspect sensor. This meant that there was no resolution loss when shooting stills at different aspect ratios. The G6 does not have this feature, but the light-gathering capability has been improved. Along with the improved JPEG engine that one saw in the GH3 and GX1, this has brought image quality up to the level that one sees in other MFT cameras like the Olympus OM-D.

This is a speedy camera. It shoots up to 5fps with AF between frames. If one accesses the completely silent electronic shutter, the camera fires away 4MP files at 40fps! WiFi is a big addition to the G6 and besides the usual uploads and backups one can do, it is possible to control the camera remotely, while using the Panasonic Image App. Not only can one trigger the shutter through the app, you can also adjust focus, exposure and even zoom in and out if there is a power zoom lens attached.

The G6 is also NFC-enabled, which makes the WiFi process much smoother. The only part I wished was smoother was Facebook uploads. If one wants to do this directly, they need to set up the LUMIX gateway account, for which computer access is necessary.

The video features see a complete overhaul. So you can shoot Full HD video at multiple frame rates with full manual control. Additionally, the Extra Tele Converter mode gives a 4.8x crop factor, but far superior quality. The video quality in the ETC mode easily surpasses that of other photo-video cameras. Curiously, the G6 gets a few features that are not even there in the more expensive GH3! The ETC mode in the G6 can shoot Full HD video at 60p, unlike the GH3 which tops at 30p (in this mode). There is also focus peaking, a welcome addition that GH3 users miss! 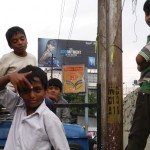 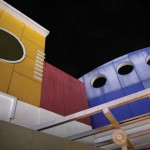 Excellent Colours and Quick AF in Low Light- Autofocus is fast, even while shooting in low light. Unlike some of the older LUMIX cameras, high ISO shooting does not affect the colours in the frame. Photograph/ Raj Lalwani

Of course, besides the pro video functionality, one must remember that LUMIX cameras have a direct advantage over DSLRs as they can use AF quickly during video. This is also the first time that a LUMIX kit lens has the HD tag, which basically implies silent focusing while shooting video. Before this, one needed to invest in the far more expensive (but longer reaching) 14–140mm to get the same experience. 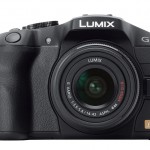 With its high shouldered-look, the camera looks quite different from the G5 and actually looks like a miniaturise version of the Leica S2! The body is light, but feels sturdy. The grip is admirable—the best we have seen in mirrorless cameras of this class. 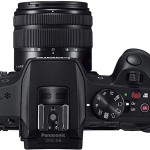 Besides the exposure dial at the back, there is a zoom rocker kind of lever on top, which can be used to adjust various settings. The new kit lens is quite small, despite the use of Mega OIS and HD capabilities. A standard hot shoe and microphone are also seen as well. 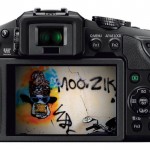 There are as many as five physical Fn buttons, each of which can be customised to a shooting function of your choice. In addition to this, there are two soft Fn buttons on the touchscreen too! The EVF has improved from the G5, but does not match up to the one found in the NEX-6.

Handling
The touchscreen is now capacitative—as responsive as any cellphone. I sometimes found it too responsive though… since I am a left-eye shooter, my nose unconsciously ended up activating AF points sometimes. So I would either switch off the touchscreen or if I wished to use it (it is useful and gives you 2 extra Fn buttons) I would swivel the screen outwards.

The EVF’s resolution does not match that of the competing Sony NEX-6, it is bright, clear and does not share the tearing problems that have plagued some of the previous LUMIX cameras. I found the eye sensor that switches between the EVF and the LCD quite slow. Performance
In terms of AF, the G6 is not as fast as the OM-D, but I never found myself missing a single photograph. Touch AF works very well, especially in video as the camera pulls focus smoothly, much like you would with a professional focusing rig.

The video quality is spectacular and the images do not disappoint. Colours are a little cooler than desirable, but their rendition is consistent across the ISO range. Files are extremely sharp and have excellent dynamic range. The JPEG engine has undergone a lot of improvement in the past few years, but one would want to use RAW with this camera—especially considering how sharp most Micro Four Thirds lenses are.

The only disappointment is battery life. Considering that you may want to shoot a lot of video, you should buy at least three spares. For a still photographer too, one extra battery while travelling is a must.

Conclusion
The Panasonic G6 is an excellent camera that will appeal to both stills and video enthusiasts. It faces some stiff competition, but shines through to get the crown of the best entry/mid-level Micro Four Thirds camera, till date. Though its Indian pricing has not been decided yet, one can say that it offers tremendous value in a small, unassuming package.