Is its superfast f/1.8 lens the best thing about the Olympus XZ-1? Or is there more to this camera? Raj Lalwani takes it on field to find out.

There is so much to say and so much to write about the Olympus XZ-1 that recalling all its features, highlights, drawbacks and quirks seems like a mammoth task. But to give some perspective, let us rewind to a few months ago, when we had wondered whether high-end compact cameras could compete with the growing popularity of mirrorless cameras. The pro on the go, will consider smallsensor compact cameras only if they have unique features or something that really differentiates them, in terms of size or price.
The Canon S95, we had noted, was one such exception, which still held its own despite the growing competition. Recently though, Olympus announced a camera that takes the S95 (and some of its other peers) head on, and is full of features.

Features
Consider this. A fast f/1.8 lens, f/2.5 at the telephoto end, RAW shooting, a hot shoe, wireless flash control—these are only some of the many features that the Olympus XZ-1 boasts of, which make it so attractive on paper. A few weeks of rigourous testing revealed a few other gems, in terms of features and functionality, and some equally frustrating quirks. To get some perspective on why the XZ-1 is an exciting product, you need to look closely at its lens. This is the first time that an Olympus compact camera has been equipped with a Zuiko lens. The Zuiko brand of optics has always been associated with excellence and the legacy shines through with this 4x zoom lens.
It is one of the few compact cameras that have an f/1.8 aperture at the wide end, but more importantly, the maximum aperture at the telephoto end is a super fast f/2.5. Compare this to cameras like the S95 whose fast f/2 lens starts to suffer at the telephoto end, when it gives only a maximum aperture of f/4.9.
This effectively means that in the same lighting conditions, other compact cameras may need to use ISO 3200, while the XZ-1 will manage to shoot the same scene at ISO 800! This, along with the 10MP 1/1.63-inch sensor, ensures that you can shoot in really low light, something that you would not expect from a small-sensor compact.
The advantages of a lens that can shoot at f/2.5 at the telephoto end are many. For instance, most people prefer buying DSLRs or mirrorless cameras because the larger sensor allows you to use shallow DOF. But then, due to its fast lens, the XZ-1 actually gives the same amount of shallow DOF as an APS-C sized sensor DSLR with its kit lens! Moreover, the amount of depth control it gives is actually superior to a Micro Four Thirds camera used with its kit lens.
The built-in Neutral Density filter of the camera allows you to shoot at the widest aperture even in broad daylight. The fast aperture is also great for shooting 720p HD video, which is of good, but not class-leading quality. The camera can shoot in the Super Macro mode from a distance of 1cm away from the subject.
In many ways, the XZ-1 is as versatile as any PEN camera. You can shoot at exposures as long as 60sec, bracket exposure and White Balance and also use proprietary Art Filters like Grainy Film, Pin Hole and so on. Just like some of the PENs, the XZ-1 has an accessory port, which makes it compatible with an electronic viewfinder, a stereo microphone, a tiny flashgun and macro lights.

Handling
The XZ-1 has a Control Ring around the lens, an innovation that was first seen in the Canon S90 and S95. However, this ring can only adjust one function, and this depends on which mode you are using. For instance, in the Aperture Priority mode, the Control Ring adjusts the aperture, in the Shutter Priority mode, it helps control shutterspeed and so on. But then, this makes the ring redundant in certain modes, like iAuto. Also, the fact that this ring cannot be customised is a serious drawback.
The camera has another quirk that quite confused me at the beginning. I was shooting the exterior of a beautiful church in the night. I set a low ISO, narrow aperture and put the camera on a flat surface, expecting the camera to choose an exposure of around 10–20sec. But in this mode, the camera refused to shoot at shutterspeeds slower than 1/2sec! It gave me a warning about the same, but it left me with no option but to use the Manual mode.
While using the Art Filters, too, there were some curious problems. In the PEN cameras, one can adjust ISO while using Art Filters, but that option is disabled in the XZ-1. Consequently, whatever be the light conditions, the camera chooses a maximum ISO of only 800!
One may think that this is the right decision considering that we are talking about a smaller sensor. But then, a mode like Grainy Film anyway adds so much grain to the image, that even the use of ISO 6400 would have given the same look. Due to this inexplicable limit on ISO, the camera often chooses a shutterspeed of 1/2sec or 1sec which becomes difficult to handhold. Curiously, while the E-P1, E-P2 and E-PL1 take a long time to record certain Art Filters, the much cheaper XZ-1 can actually do so really quickly!

There are a few things about the ergonomics that are quite good too. The OLED screen is a joy to use, even in bright daylight. The camera provides a good grip and is still not too bulky, and its build quality is excellent. The placement of buttons is optimal, and helped me get my shot each time.

Performance
The autofocus is reasonably fast and almost always accurate. The battery life, too, is very good by compact camera standards. Even more impressive is the startup time and the shot-to-shot time, even while shooting in RAW. It would not be an exaggeration to say that this Olympus compact camera actually has a more efficient buffer capability than some of the company’s entry-level DSLRs.
The real star behind the XZ-1 is its high quality lens. The images at base ISO are tack sharp, in fact, sharper than any compact camera we have tested. At higher ISOs, the JPEG engine of the camera is not so effective, and it is critical to use RAW. The camera does not produce results that are as clean as others in the market, but considering its fast lens, one rarely needs to shoot beyond ISO 800. Dynamic range is excellent.

Conclusion
The standard set by cameras like the Canon PowerShot S95 and Panasonic LX5 is quite high, and the Olympus XZ-1 gives them tough competiton. If I was a consumer and had the option of buying either an S95, an XZ-1 or a mirrorless camera, I would be quite spoilt for choice really.
The ergonomic quirks are quite disappointing though, especially because in terms of features and performance, the camera can do no wrong. However, once you get used to the handling issues, the Olympus XZ-1 is an absolute superstar. A bundle of features, superfast responsiveness and impeccable image quality—considering that this is the company’s first camera of this type, it can only be a sign of better things to come. 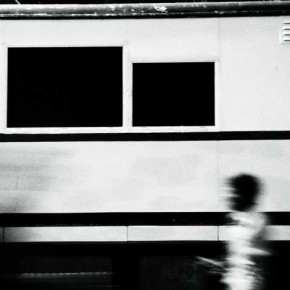 While I personally enjoy the Grainy Film Art Filter a great deal, I was surprised to see that the camera would not use an ISO setting higher than 800. After all, the mode itself adds so much grain that the use of a higher ISO will not create any problems. Photograph/Raj Lalwani 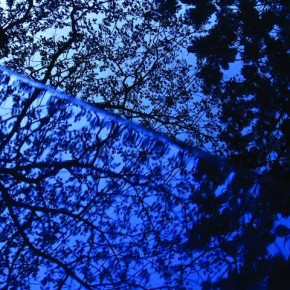 The XZ-1 produces vibrant colours straight out of the box, with excellent detail and resolution. Exposure: 1/6sec at f/2.5 (ISO 200). Photograph/Raj Lalwani 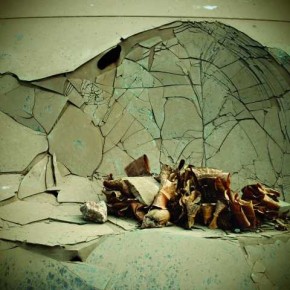 The XZ-1’s Pin hole Art Filter adds a dramatic vignette to every picture and also changes the tonality of colours slightly. It is particularly useful when the quality of light is not optimal, as it can add a unique touch to a lacklustre scene. Photograph/Raj Lalwani 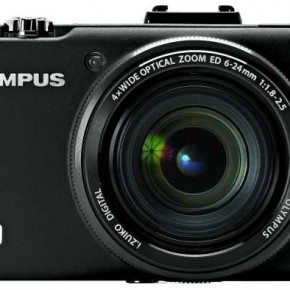 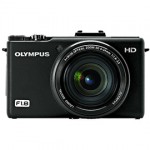