Ambarin Afsar walks away quite impressed with the Oppo N1, a phone that is sure to raise the stakes in the cellphone shooter market.

The cameraphone market has not evolved beyond the megapixel war, sensor and screen size tussles. The capabilities of the lens and the camera app itself have not been explored to the fullest. Companies have filed patents for dual lens cameras, and Google has also come out with a camera app (available only for Android 4.4+ KitKat users) on the Playstore that allows you achieve shallow DOF and get the maximum resolution from the sensor without dropping any pixels, among other things. However, all these things are either in the pipeline or are available only to users of a specific Android version. In a market that is still gearing up for innovation, Oppo has released the N1, a phone that has a 13MP 360º rotating camera.

What’s the Big Deal?
Usually, when you are shooting with your cellphone, you have to physically move the phone to achieve a different angle. Despite customisable buttons and tap shutter options, shooting ends up requiring  us to contort into hilarious shapes, not to mention, struggle to see what the camera is seeing, especially when the phone is held at a low angle. The N1’s rotating camera quite radically changes your shooting experience, giving you the cellphone equivalent of a swivelling LCD. 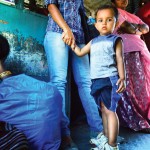 The rotating camera allows you to make pictures inconspiciously and low angle shots can be executed with amazing ease. Photograph/Ambrin Afsar 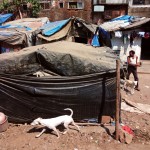 When the camera isn’t perfectly parallel to the subject plane, you get some distortion. This distortion is visible in the centre portion of the image. Photograph/Ambrin Afsar What pleased me most about the N1 was its long exposure capability, and the manner in which it reduced noise without compromising greatly on image quality. Photograph/Ambrin Afsar

More Goodies
The dual LED flash is located right next to the lens, which means that when you flip the bar, the flash also flips. The camera app also allows you to ‘Fill Light’, which basically means that the LED torch switches on, lighting up the scene that you are pointing at. Keeping the shutter-release button pressed will result in Burst mode shooting. The phone is quite fast in this regard, and before you know it, it will have recorded about 18-20 photos before the buffer runs out and the phone starts taking longer between two shots.

And the Pitfalls
The Oppo N1 is the first of its generation, and hence, has a few flaws. The camera app is sorely lacking an exposure compensation option and ISO and WB control. Also, when the camera isn’t perfectly parallel to the subject plane, you will witness a strange kind of distortion. This goes away as soon as you tilt the camera slightly.

Priced at Rs. 37,990, the Oppo N1 is quite a steep buy. But it gives you good image quality, crisp sharpness and vibrant colours. As I write this review, a low-end competitor has been launched. The game is already changing, and the first move has been made.

Why Buy It?
The 360° rotating camera is not just a gimmick and does its job really well. There is no lag in the visual feed, and no compromise on image quality.

Handling
Plenty of customisability to access the camera app
14/15

Speed and Responsiveness
Fast AF, but no burst shooting in the Sports mode
14/15