Oppo Joy: Devoid of Any Joy Natasha Desai puts the Oppo Joy to the test and finds out how well the budget phone’s camera stacks up.

The Oppo Joy marks the company’s foray into the budget cellphone segment. On paper, the Oppo Joy’s camera specifications are mediocre at best with a 3.1MP rear and 0.3MP front camera, but it got me curious about the kind of images to expect.

Devoid of Colour
The 4-inch screen is pretty good even in bright light. Unfortunately, the colour representation is another matter. Images can appear punchy on the 800 x 480 screen, but were much more muted when viewed on a computer screen.

Moody Focus
This is a fixed focus cameraphone. However, despite that, there were times when the lens-focus mechanism would go wrong, and the screen would go blurry. This could be rectified only by rebooting the camera app. The meagre 0.3MP front camera makes extremely low quality pictures, so selfie enthusiasts would rather look elsewhere. The phone has a 1.3 GHz Dual Core processor and 512MB RAM. The result of this is some noticeable shutter lag. The low light performance of the camera is really nothing to speak of. However, it does have a flash which some phones at this price don’t. The panorama function is pretty handy too. While the images turn out decently sharp, other phones at the same price point feature far better sharpness.
Photograph/Natasha Desai

Not a Cameraphone
As a phone the Oppo may be a good buy at Rs. 8990, considering that the battery life is excellent and it runs the Android 4.2 ColorOS. As far as design, build quality and ergonomics go, the phone holds up pretty well. However, cellphone photographers have nothing to look forward to in the Oppo Joy. Phones like the Moto E and Nokia Lumia 520 have better specifications and cost about Rs. 2000 less.

What We Like
Easy to navigate UI, good build and ergonomics

Why Buy It?
If you need a budget smartphone with a good battery life and are not going
to use it primarily for the camera

Speed and Responsiveness
Fairly fast but with sluggish focus
12/15 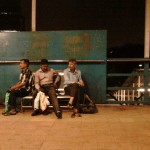 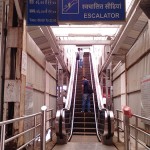 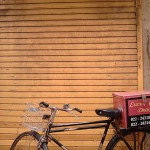 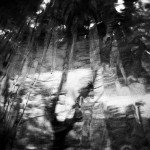 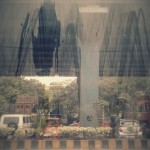 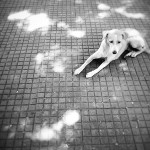 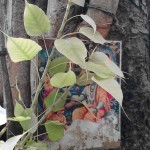