The Oppo Find 7 is the latest flagship from the company. Is it also going to be Oppo’s MVP? Supriya Joshi finds out.

Before I begin this review, I want to take you back five years. Did we ever think that in this short time span, cellphone photography would have become a legitimate form of artistic expression? Compare that to today, where I am now reviewing the world’s first Android cellphone with out-of-the-box RAW capabilities—the Oppo Find 7.

What’s the Sensor Like?
For a phone that has the capability to shoot RAW, you would expect a good sensor size. One of the only other cameraphones that can shoot at RAW is the Nokia Lumia 1020, which features a 1/1.5-inch sensor. The 13MP Oppo Find 7, unfortunately, has a much smaller 1/3.06-inch Sony Exmor CMOS sensor. Not only is this considerably smaller than the 1020, it is also smaller than the sensors in other Android flagships like the Xperia Z2 and Galaxy S5. Assigning a gesture to launch the camera application made it a very speedy process. Photograph/Supriya Joshi

No more Swivelling
What the Oppo 7 misses out on is the extremely innovative design we first saw with the Oppo N1, with the swivelling camera module. Since the Find 7 does not feature a rotating camera, we do hope the next flagship cameraphone from the company combines both RAW and the swivelling functionality.

50MP Images on a Cellphone?
The phone features several interesting shooting modes, but what seemed to be the most exciting was the Ultra-HD mode, which lets you make 50MP images. How it does this is, it makes 10 images in succession and combines the four best ones for a subsequent 50MP JPEG file. The AF speed is pretty good and it is also quite accurate. Photograph/Supriya Joshi

It produces a lot of detail, which also makes low light images look better, when they are downsized. But, it takes four seconds for the image to be processed, so it is certainly not possible to shoot multiple images one after the other! On the bright side, the phone shoots 4k video.

Long Exposures Ahoy!
Another novelty is the Slow Shutter mode. Here, you can set exposure times of up to 32sec and make long exposures. This is far superior to other smartphones and a significant upgrade over the N1, where the longest exposure time was 8sec.

The RAW Advantage
Is the RAW mode any good? Each RAW file produced by the camera is 25MB and in the DNG format. The quality of the RAW files is not great, but they definitely gives more detail than the JPEGs. Again, each image takes four seconds to process, which can be annoying. There is no RAW+JPEG shooting option, but the cameraphone allows you to share these files, presumably by doing an in-phone conversion. The dynamic range of the cameraphone is average, with the tendency to blow out highlights. Photograph/Supriya Joshi

No Control Available
Strangely, the cellphone offers no control over Exposure Compensation. Almost every phone in the market allows you this. The iPhone, which doesn’t, at least has an exposure lock function. This one doesn’t. If you are trying to cater to a serious audience by including RAW, these are absolute basics that you can’t falter on.

The Best?
The Oppo Find 7 is priced at Rs. 37,990 and is a competent cameraphone. RAW and 50MP might be its USP, but until processing speeds get practical and basics like Exposure Compensation are taken care of, serious photographers may want to look elsewhere. 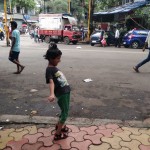 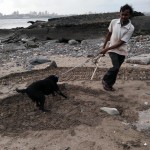 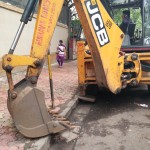 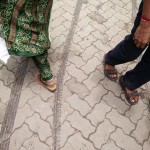 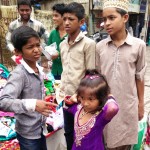 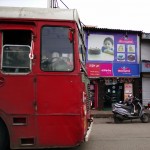 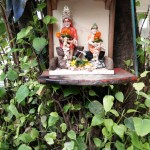 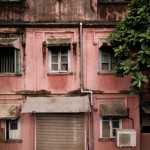 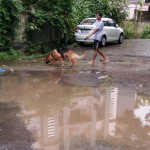 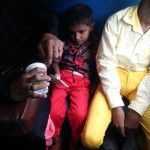 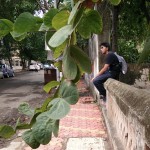