Nilofer Khan tests the much-awaited OnePlus 9 Pro 5G to find out if its camera is as good as it is said to be. 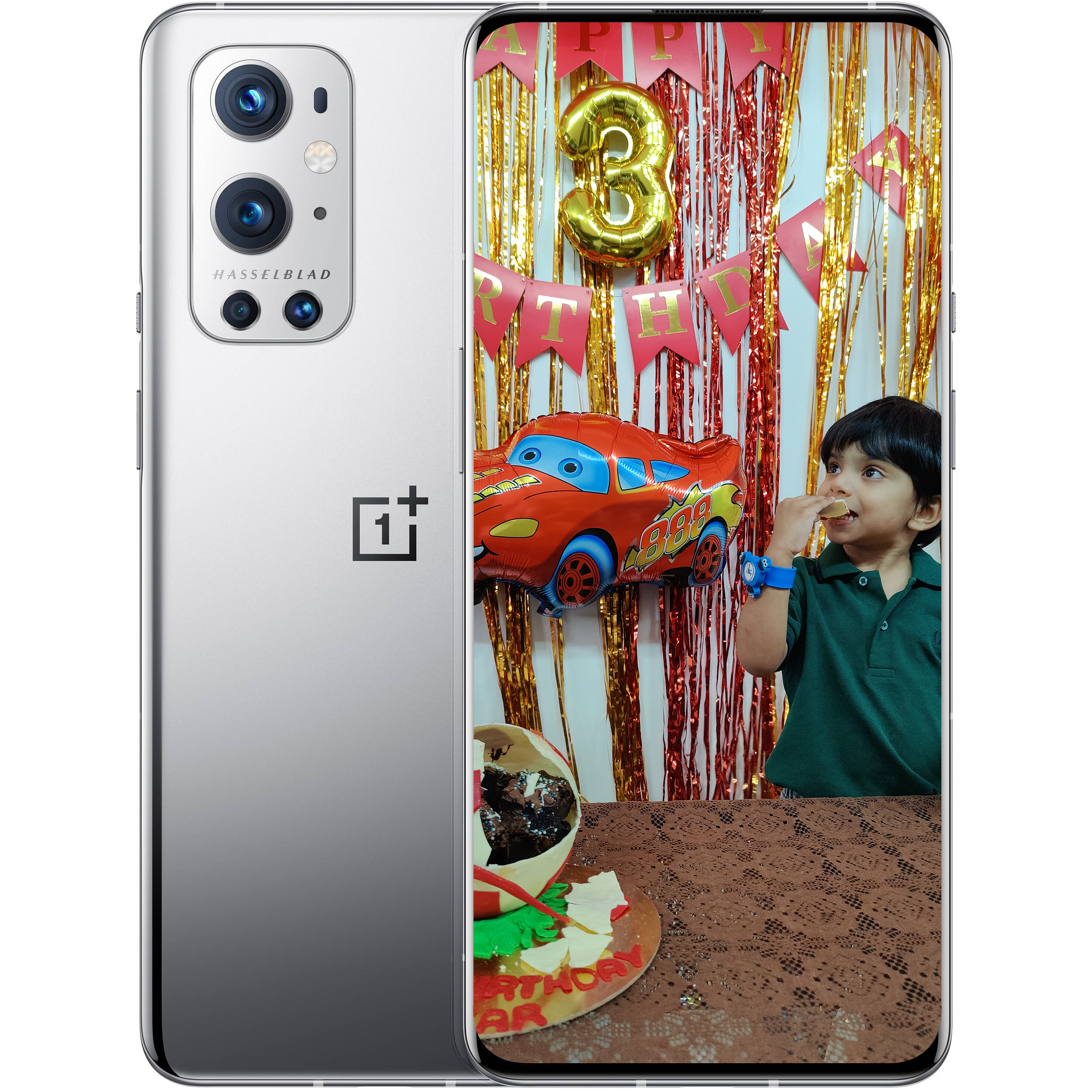 This year, OnePlus took its commitment to provide the best user experience a step further by announcing its long-term partnership with Hasselblad. The company has revamped their existing technology with the launch of the OnePlus 9 series—co-developed with Hasselblad— the 9, the 9R, and the 9 Pro. The 9 Pro is positioned as OnePlus’ top-of-the-line phone in today’s time, which packs sophisticated technology inside a chic design.

Best of Both Worlds
The phone offers a quad rear camera setup—a 48MP f/1.8 Sony IMX789 primary camera, a 50MP f/2.2 Sony IMX766 ultra-wide angle Freeform lens, an 8MP f/2.4 telephoto camera with OIS, and a 2MP monochrome lens. The Freeform lens has a significantly wider asymmetrical design that resolves the issue of distortion. Hasselblad has introduced the Natural Colour Calibration feature that allows the phone to capture true to life colours and tones. They have also lent some of its interface to the camera’s Pro mode. The phone comes with 2×2 OCL, 12-bit RAW, dual ISO, and DOL-HDR. It also has multi autofocus (PDAF+LAF+CAF), and face detection feature. 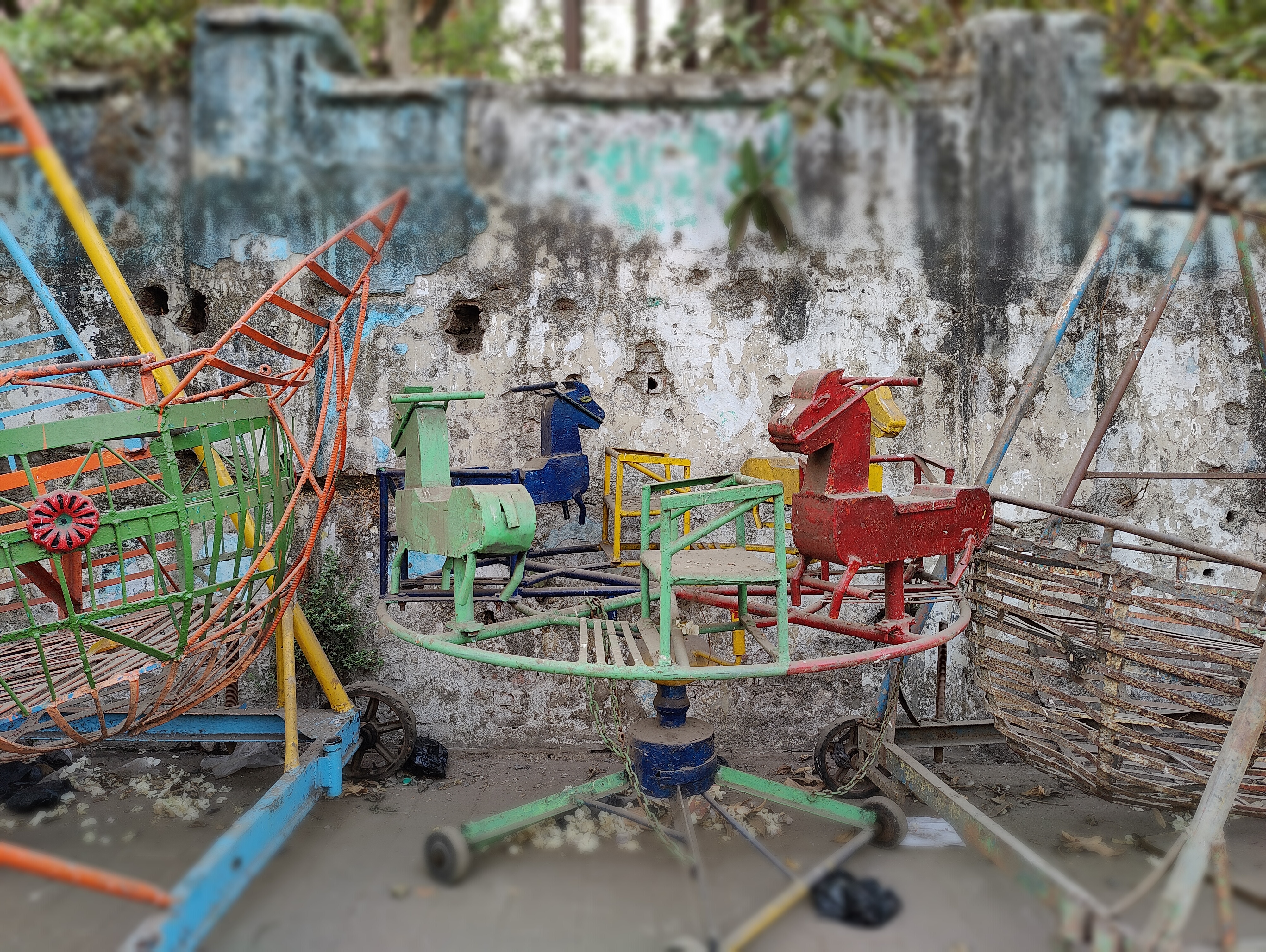 This photograph was shot using the Tilt-Shift lens. The colours are accurate, and quite vibrant. Even the intricate details of the wall behind the carousel have been captured well. Photograph/Nilofer Khan

The 9 Pro offers various modes such as Photo, Portrait, Nightscape, Pro, Panorama, Time-Lapse, SlowMotion, and the newly introduced, Tilt-Shift. In the Photo mode, the company has added a feature called High-Res, which allows users to access the 48MP camera. The phone also offers a Super Macro mode, which is similar to the one you see in the 8 Pro. Just like its predecessor, the Monochrome lens has been buried inside the filter options and is cumbersome to access.

The Nightscape mode has two new features—Starburst and Filters. Starburst is recommended when shooting with a light source. The six new filters enable users to capture vibrant, neo-noir aesthetic photographs. There is also the Tripod mode that allows you to create exposures between 8 sec to 30 sec.

The Pro mode now offers Focus Peaking, and two Custom setting modes. Apart from this, the mode includes ISO, EV, WB, Shutter, and AF. The Tilt-Shift lens is an interesting addition that allows you to control the image completely. For instance, the screen shows a horizontal band with everything in focus. You can change the size and the format of the band by zooming in or out. The image outside the band will be blurred, and its intensity can be controlled too. 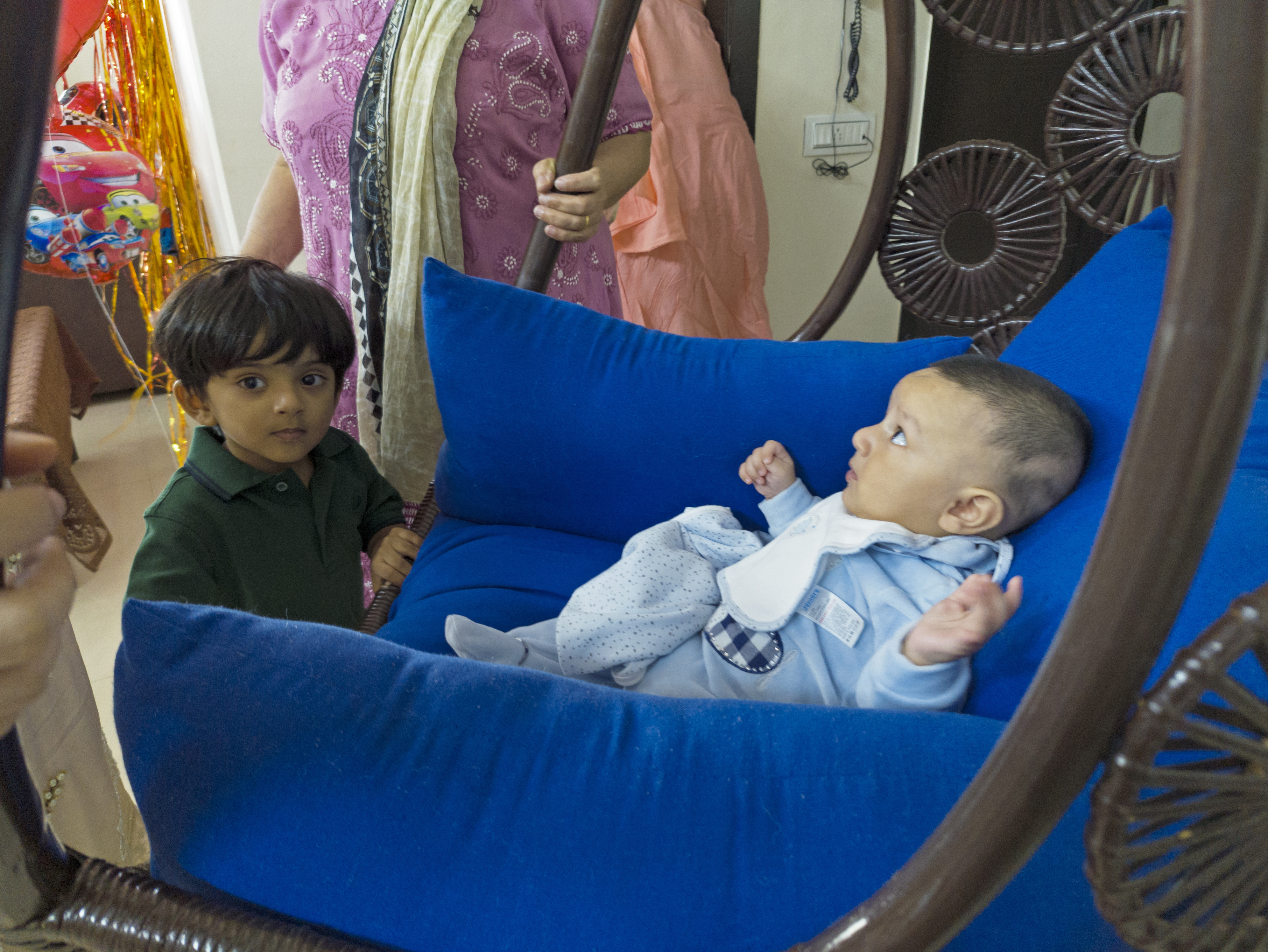 I captured this image using the ultra-wide angle lens in the Pro mode. The RAW file allowed me to retrieve details from the shadows. Photograph/Nilofer Khan

On the front, it comes with a 16MP Sony IMX471punch-hole camera, housed in a 6.7-inch 120 Hz Fluid AMOLED display with LTPO and Corning Gorilla Glass. The design has also changed a little. Instead of the center, the rear camera module is placed on the right side. It runs on the Qualcomm Snapdragon 888 processor and Android 11. It is available in two RAM variants—8GB and 12GB. It has a 4500mAh batter, and is IP68 rated for dust and water resistance.

An Excellent Performer
One of the major differences between the processed JPEGs and the RAW files is the sharpness. The JEPGs tend to oversharpen the images, especially when you zoom beyond 3.3x. You will notice the difference when you view the images side-by-side. As one would expect with Hasselblad, the colour rendition is quite accurate, and the images have natural-looking tones. However, the pictures, in general, have a slight bluish tinge. This is visible when you’re shooting indoors, and can be fixed while editing. 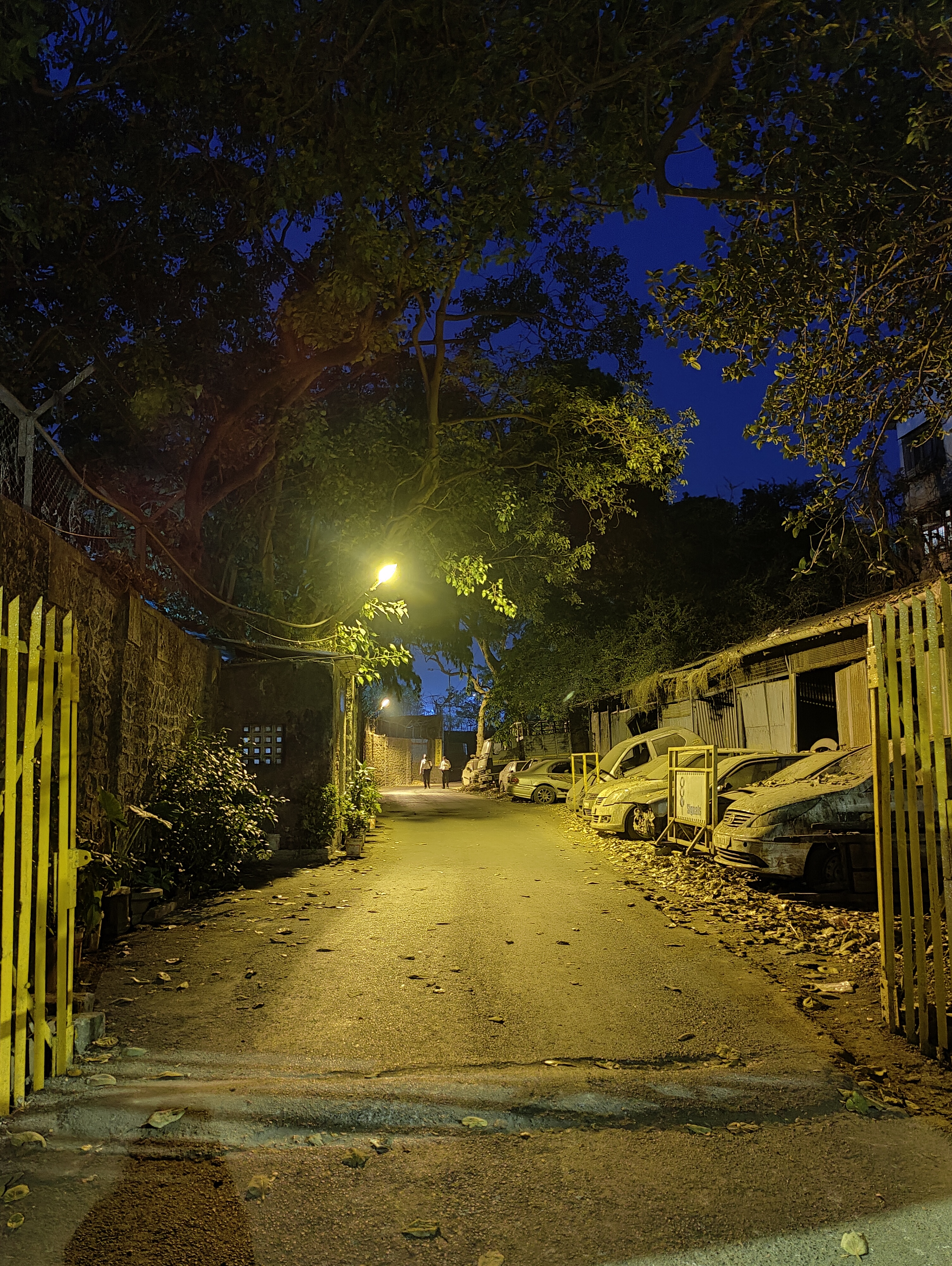 The Nightscape mode produces accurate colours with a good dynamic range. The image was captured using ISO 3200 with no visible noise. Photograph/Nilofer Khan

The ultra-wide angle lens is extremely good at controlling distortion and offers centre-to-edge sharpness. It can even reproduce details and textures really well. The corners of the image appear soft only in low light. The telephoto lens works similar to the ones that you see on other phones. Up to 3.3x, the images are great. But if you push past that, there is a significant loss in details, giving it a painterly effect.

The Pro mode’s interface is quite user-friendly and simple. The addition of the custom setting can be useful for those who wish to create images with a certain look or feel. The phone can capture excellent results up to ISO 2500, and as you push further, the images are usable at up to ISO 3200. Beyond that, there is a lot of visible noise. The Nightscape mode renders pleasing images. However, the photographs appear much brighter than the actual scene. You can control the exposure by tapping on the screen. When I used the Starburst feature, I barely saw any difference in the images.

The Macro lens also delivers clear-looking images with good colour rendition and intricate texture, especially in well-lit situations. However, if you are shooting handheld, you’ll be able to notice camera shake. The Monochrome lens offers better details in highlights and shadows than the monochrome filter. The Tilt-Shift lens produces pretty good results with punchy colours. 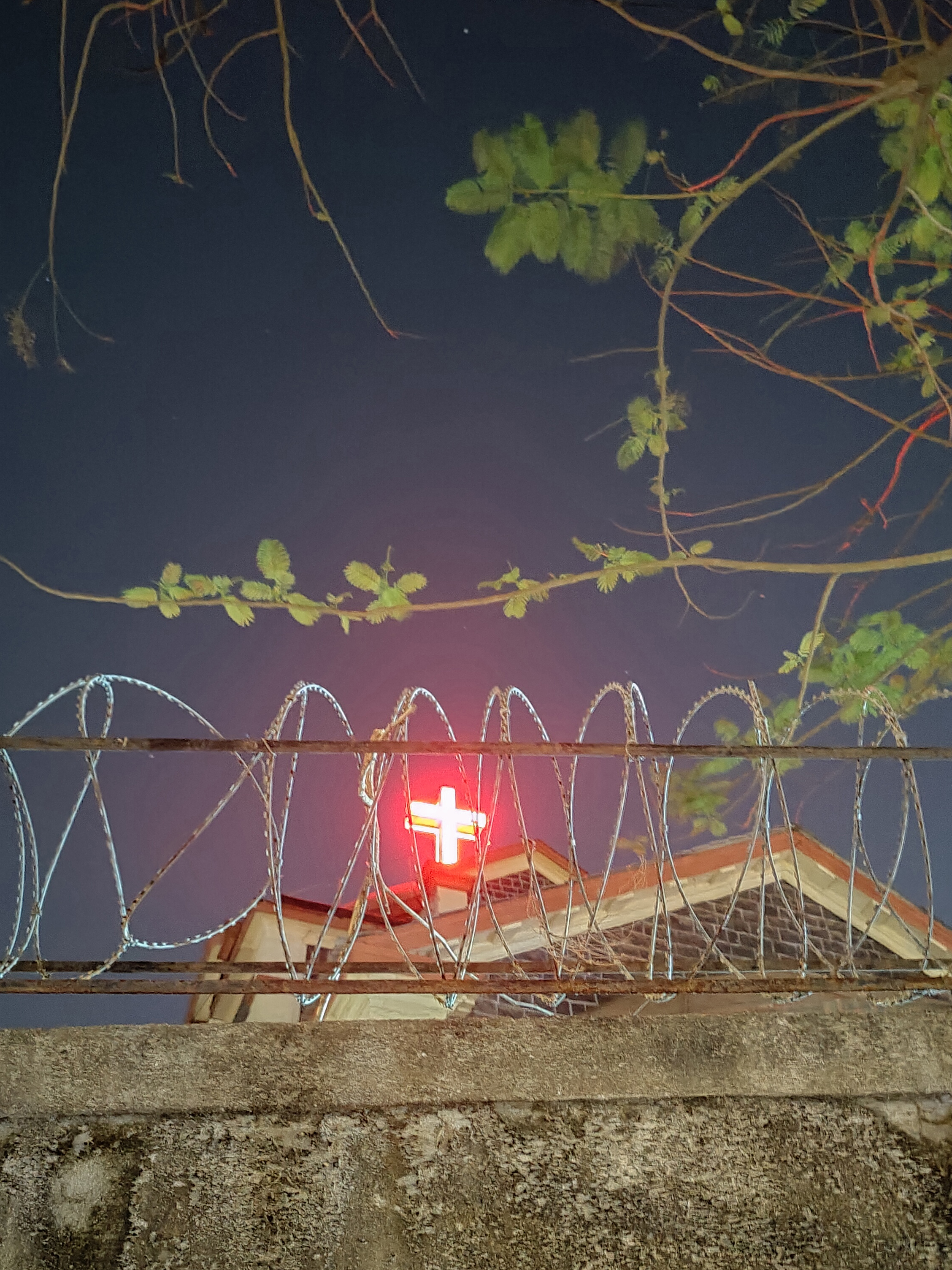 Due to the barbed wires in the foreground, the phone was unable to focus on the cross at the back. So, I switched to the Pro mode, and was able to get everything completely sharp with the help of the Focus Peak feature. Moreover, the image was captured handheld at 1/7sec. Photograph/Nilofer Khan

The Portrait mode works well in daylight, and is able to produce accurate skin tone. The shallow depth of field creates pleasing bokeh, even in dimly lit situations. But sometimes, it creates unusual patches of blur around the subject’s hair, making them look like a cutout. The same mode with the front camera captures slightly warmer colours, and works well in daylight, as well as indoors.

The video quality is quite impressive too. When you are walking quickly, or climbing down the stairs, the camera produces stabilised footage with smooth movement. Also, the colours, autofocus, and details are retained even when you switch between ultra-wide and 3x zoom while recording. With the Super Stable mode, the stabilisation is much better. You may not need a monopod. The phone achieves similar results with the front camera. 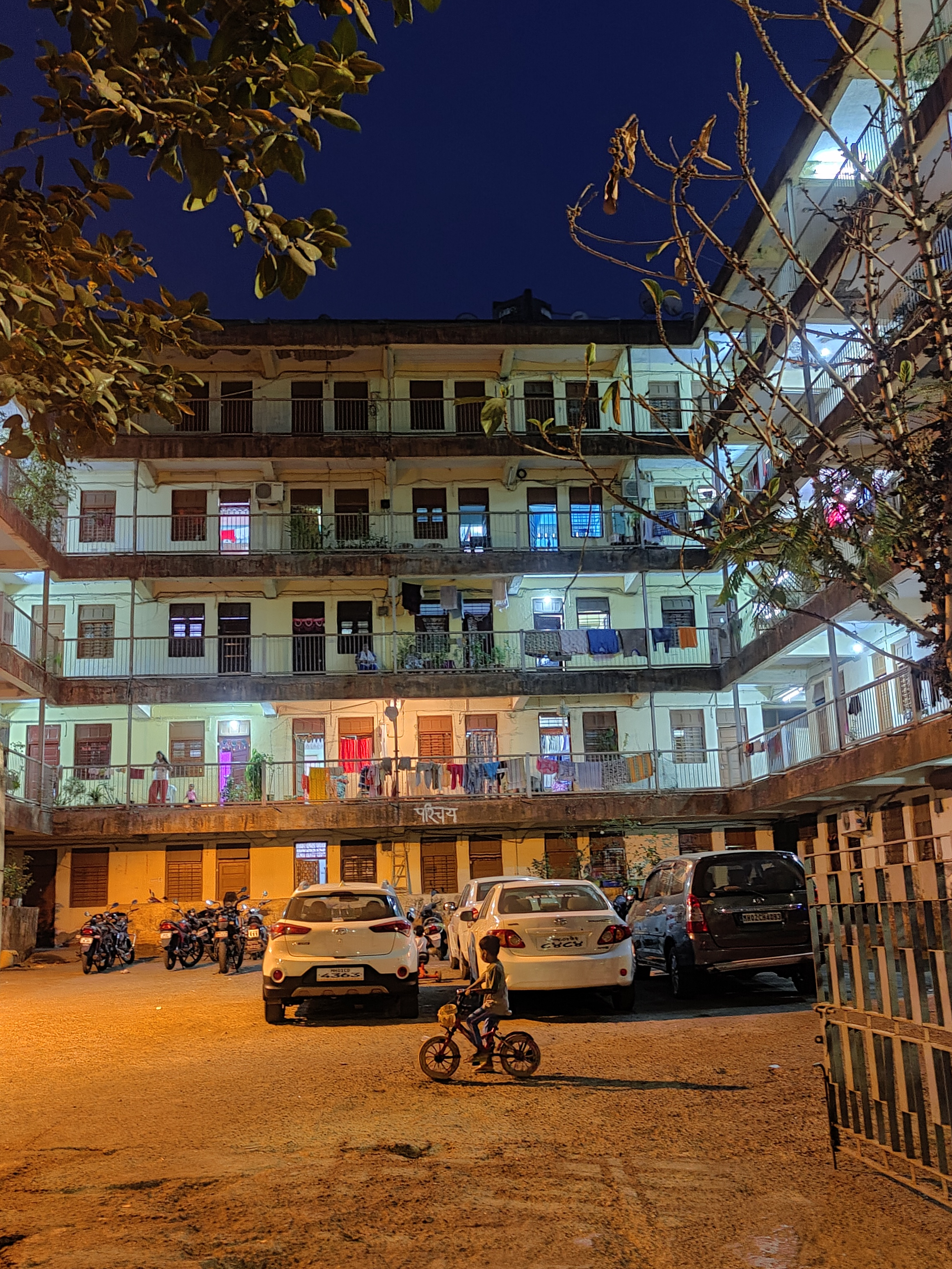 The autofocus capabilities of the phone is quite excellent, even in low light. I was able to lock the focus on the kid rather instantly. Photograph/Nilofer Khan

Who is it For?
The OnePlus 9 Pro is available at 64,999 (for 8GB RAM and 128GB storage) and Rs. 69,999 (for 12GB RAM and 256 GB storage). At this price point, the phone is a contender against Vivo’s X60 Pro and Samsung S21 that are priced at Rs. 54,999 and Rs. 69,999, respectively. Having said that, the 9 Pro offers great image and video quality, vibrant colours, an excellent ultra-wide angle lens, good low light performance, and can produce extremely stabilised clips.

The phone is a slight upgrade from the 8 Pro in terms of its image quality. So if you have already purchased the 8 Pro, then you do not need another upgrade. However, if you are looking to move away from the older OnePlus models, or are looking for a flagship that is an all-round performer, then the 9 Pro is a great option.