The Nokia Lumia 920 is definitely the most hyped cameraphone of recent times. Raj Lalwani sees if this Pureview device matches up to its name.

For those of you who associate the term ‘PureView’ with the large sensor that was the highlight of the Nokia 808, let me burst your bubble. The Lumia 920 has a 1/3-inch sensor, which is around the same size as the sensor of an Apple iPhone, and much smaller than the Nokia 808’s. Neither do you get 41MP, nor do you get lossless zooming like the earlier PureView.

Floating Lenses and Other Geektalk
What the company is touting though, is something called floating lens technology… a fancy name for good old optical stabilisation. This works brilliantly for video, and casual handheld video looks like a dream. Stabilisation works well for still photos shot at night without flash, but here is the catch. IS only combats camera shake… it does not help freeze moving subjects.

Last I checked, real people do tend to move. This makes the Lumia 920 far less effective in real-world usage. Yes, it gives better low light performance than smartphones from other brands, but it does not come close to the 808. 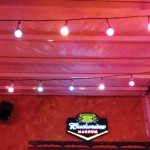 Low Light Quality: The detail retained in low light photographs is fantastic. This is because the phone is deliberately not choosing a high ISO and using IS instead. Photograph/Raj Lalwani 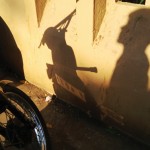 AF Speed: Touch focus works really quickly and there is virtually no shutter lag. This encouraged me to look for frames where the timing of the shot was vital. Photograph/Raj Lalwani 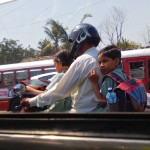 Depth of Field: Unlike the 808, the Lumia 920 does not have a very large sensor. This means that you cannot control DOF as much, but also makes focusing easier. Photograph/Raj Lalwani

Portraits in this light were blurred, but with a still subject, the Lumia 920 weaved magic. Photograph/Raj Lalwani

A Difference of Day and Night
Ironically enough, the image quality in the daytime is not as good. Tonality is excellent but the not-as-good optics make the images not as sharp as, say, an iPhone.

One irritant is that unlike most phones, metering is not linked to the focus point. This needs you to constantly adjust Exposure Compensation if there is a bright element in the background. Unlike the 808 PureView, one needs to press the touchscreen at least thrice to compensate. A phone that touts its camera so much should either give control at one’s fingertips, or should be so good at automation that one doesn’t need the added control.

To Windows or Not to Windows
Photographers who want a great camera that simply makes calls would rather look at the older (and now much cheaper) 808 PureView. If you are addicted to cellphone photography because of the app ecosystem, you will anyway gravitate more towards the iPhone or an Android device as Windows is woefully short of photo-related apps.

If it seems like I’m only picking out flaws, let me put it this way. The Lumia 920 is a magnificent technological breakthrough, and quite easily the best cellphone for video in the market. But purely from a stills point of view, it has a few innate quirks, which are disappointing because the potential of the technology was so good.

What We Like
Gorgeous screen, great video, one of the best cellphone cameras at night

What We Dislike
Poor battery life, barely any apps, no 808 sensor, optics don’t do justice

Why Buy It?
For those who do not care for apps, the 920 is an excellent smartphone with good looks and a great camera. Just don’t expect an 808 PureView.