The Nokia Lumia 1020 claims to recreate the 808 magic in a Windows 8 skin. But as Raj Lalwani finds out, the going is not as smooth.

Ever since I tested the Nokia 808 PureView, I was waiting with bated breath for the company to release the same camera in a Windows 8 phone. While the PureView moniker continued in the underwhelming Lumia 920, it was only with the Lumia 1020 that my wish seemed to have come true.

What was so special about the 808? It had a much larger sensor that any other cellphone, and second, the 41MP resolution was an innovative method to allow lossless zooming. The Lumia 1020, an outstanding Windows 8 flagship phone, adopts the same philosophy, but the story is a little different.

The Sensor is Actually Smaller
The 1020’s sensor is 1/1.5 inches. This is bigger than most other cameraphones, but it is still not as large as the 808 PureView, which is 1/1.2 inch. How much of a difference does this make in practice? As I found out, a lot. Not only does 1/1.5 inch not give the kind of depth isolation that the 808 PureView did, the low light performance is far inferior.

But then, it is not a perfect world… the 808 is an outdated phone with a clunky OS, and if one compares the Lumia 1020 to smartphones that are truly ‘smart’, it shines. Particularly admirable is the level of control that is offered in the Nokia Camera app.

A graphical interface allows you to adjust shutterspeed, ISO and even focus! The control over shutterspeed lets you shoot creative long exposures, a first for a cameraphone. Manual focus is a nice touch, but sadly, I ended up using it more than I wanted to. The reason for that is that the autofocus is extremely unreliable, one of the least responsive I have seen on a phone. 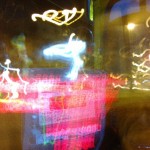 Some Long-exposure Fun! No phone allows you such intricate control over shutterspeed, not without the use of a special app, at least. Here, I combined the use of flash with a 1sec exposure. Photograph/Raj Lalwani 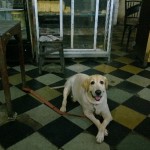 Autofocus is Slow, Thank God for Manual Focus: No flagship phone’s AF is this unreliable. This was a scene where any phone would focus on the dog easily (especially with Touch AF), but I had to focus manually. Photograph/Raj Lalwani

In low light, the Lumia 1020 beats every Android phone around, but does not match the older, much cheaper 808 PureView. Phtograph/Raj Lalwani

Really, Really Slow
The Nokia Camera app offers a lot, including RAW capture now, but it is completely unsuable for day-to-day shooting. The startup time is around 6 seconds, a huge distance behind the top iOS and Android phones! Shot-to-shot time, too, is poor. It is understandable, considering that the camera is write almost 40MP worth of data, but in a phone that is otherwise fast, it should have had a better processer to facilitate the high resolution recording. The lack of a memory card slot, considering the huge file sizes, is shocking.

Versus the Rest
Unfortunately, the 1020 is fighting the high standards set by its own company. And even if you ignore the 808 and only contemplate on what’s available in the present day, the iPhone 5S is a superior all-round camera. The 1020 beats it in terms of the daytime capture, but the iPhone holds its own in low light, aided by its superlative speed and the wealth of the App Store. Considering its exorbitant price, I would recommend the 1020, but only when the price drops.

What We Like
Great phone, image quality better than most other flagships

What We Dislike
Smaller sensor than 808, terribly slow, no memory card slot

Why Buy It?
It has the best image quality when compared to other flagships, but keep in mind that the iPhone 5S is a better all-round camera. This is no 808.

Handling
Excellent graphic user interface, but it can slow you down
12/15