The much-awaited mirrorless flagship, the Nikon Z 9, not only puts a lot of speculation to rest, but also defines the future for Nikon and makes a powerful statement. K Madhavan Pillai rediscovers the heart of Nikon. 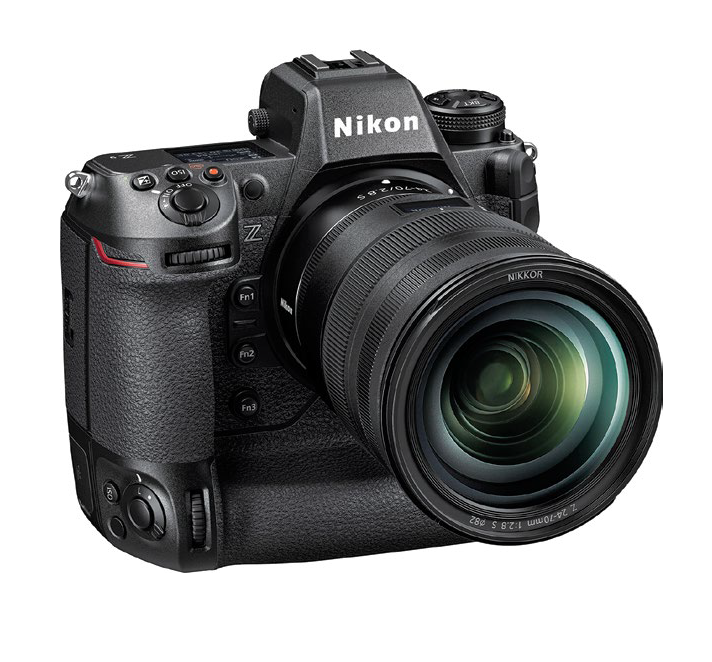 Without exception, it took a few iterations for all camera manufacturers to get the kinks ironed out when it came to mirrorless cameras. Somewhat late to the party, Nikon’s foray with the Z lineup had gotten many critical things right, but was slightly behind the competition in some areas of autofocus. Amongst competitors, the Nikon Z 9 was the last of the flagships to be available. There is no question that the Z 9 boasts of some incredible specifications, easily surpassing the Nikon D5 and D6. For Nikon system owners, the other question also remained… Will the Z 9 match its peers?

At more than twice the resolution of the ultra low light capable sensors of the D5 and D6, the Z 9 features a 45.7MP back-side illuminated stacked sensor. In a radical departure, the Z 9 does away with the conventional mechanical shutter altogether, relying instead only on the electronic shutter. To enable this, the sensor readout is fast enough for incredible shutterspeeds (up to 1/32000s) and frame rates (up to 20fps RAW, 30 fps JPEG, and a blistering 120fps with 11MP JPEGs). An advantage is that shutter release is vibration-free, and can be completely silent (the artificial shutter release sound can be switched off). The fast readout speed of the sensor also almost does away with rolling shutter issues. The ISO range is from 64 to 25,600 (expandable to ISO 32 and 102,400). The sensor is also stabilised across 5-axis, and up to 5.5 stops.

The Z 9 has 493 hybrid phase/contrast detect AF points covering almost the entire image area, and AF is calculated 120 times every second, essentially allowing continuous AF and subject tracking even at the highest shooting speeds. Subject detection and tracking is especially enhanced with the Z 9, for a variety of subjects, including people, various types of animals (including birds) and all sorts of vehicles (including planes). Auto-area AF automatically switches between types of subject-detection modes. For still images, the Z9 reintroduces 3D tracking from Nikon’s DSLR cameras. The Nikon Z9 is the first mirrorless camera to include Nikon’s 3D tracking technology. Eye-tracking is available and Nikon has enabled eye-tracking even when faces are much smaller in the frame than with any previous Z camera. The advantage of the Z mount is present in subject tracking autofocus, considering that the Z mount and Z lenses communicate depth information faster than the F mount. The Z 9 can focus down to -8.5 EV with ‘Starlight View’ enabled (Nikon’s rebranded low light AF mode) and a very impressive -6.5 EV without. In addition to AF modes from previous Z cameras, there are three Dynamic-area AF modes with a new range of focus-area sizes (small, medium and large) for a wider variety of moving subjects. 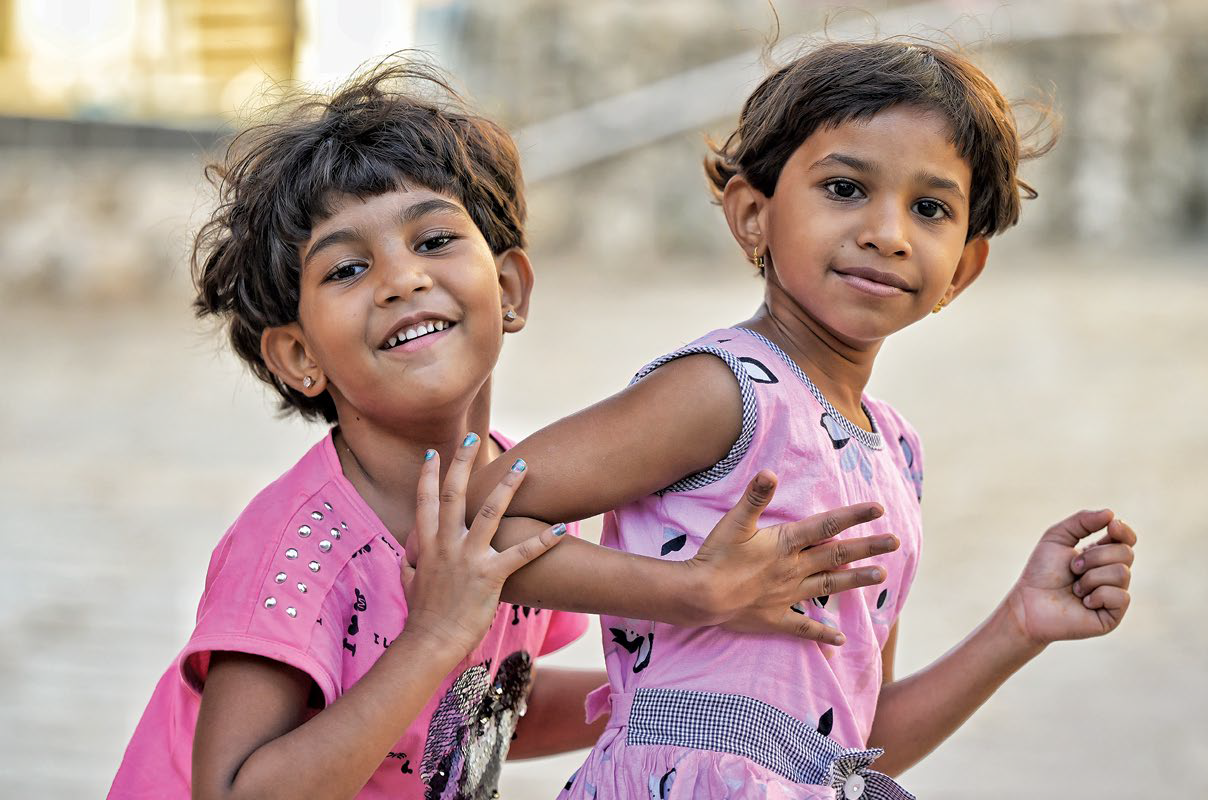 Auto-area AF is highly effective and I found myself using it often. Quick and erratically moving subjects like playing or running children are relatively easy for the AF to track, with barely any missed frames. Eye AF acquired focus even if the faces were quite small in the frame.

The blackout-free OLED EVF is 3.69 million dots, with a magnification 0.8x. Despite the lower resolution (as compared to the competition) the EVF deserves a special mention. Combined with the fast readout speed of the sensor, Nikon is using a new Dual-Stream technology to separately feed sensor data to the Real-Live viewfinder/ LCD and to the memory card, so that there is absolutely no lag or blackout. The viewfinder uses a new Quad-VGA panel, in which brightness can be manually raised up to 3000cd/m2, allowing subjects to be seen clearly, even in unusually bright conditions. The Z 9’s EVF also offers a smaller display size option for those wearing glasses.

Moving away from the fixed LCD panels of earlier flagships, the Z 9 features an LCD touchscreen panel that can tilt vertically and horizontally using a double-hinged bracket, but is not fully articulating. The Z9 has dual CFexpress Type B / XQD card slots so that the camera can achieve 20fps with buffer depths of 1000 frames with JPEG large and the new High-Efficiency RAW format, with the fastest cards.

The Z 9 records 14-bit RAW with either lossless, High-Efficiency, or High-Efficiency Compressed (about 1/3 smaller files). The Z 9 is Nikon’s most capable video-enabled camera yet, with 8K up to 60p, 4K up to 120p, and at 8 or 10-bit, with H.265, 10-bit Apple ProRes 4:2:2 HQ, or 12-bit in-camera ProRes RAW HQ. All of these are from the full sensor width, with subject detection and AF tracking. Time-lapse video at 8K recording is also available. The Z 9 additionally boasts of excellent heat dissipation, with the possibility of recording 8K/30p video in-camera for up to 125 mins.

There is built-in GPS, which is extremely essential for accurate location and time stamping for professional users, and far more convenient that having to connect to a phone app. There is WiFi and Bluetooth, wired LAN connectivity via an RJ-45 connector, a full-size HDMI socket, and USB-C. The Z 9 is fully compatible with Nikon Snapbridge and promises compatibility with new Nikon software being released around the world in phases, including NX Mobile Air for managing and transferring images in the field and NX Tether. 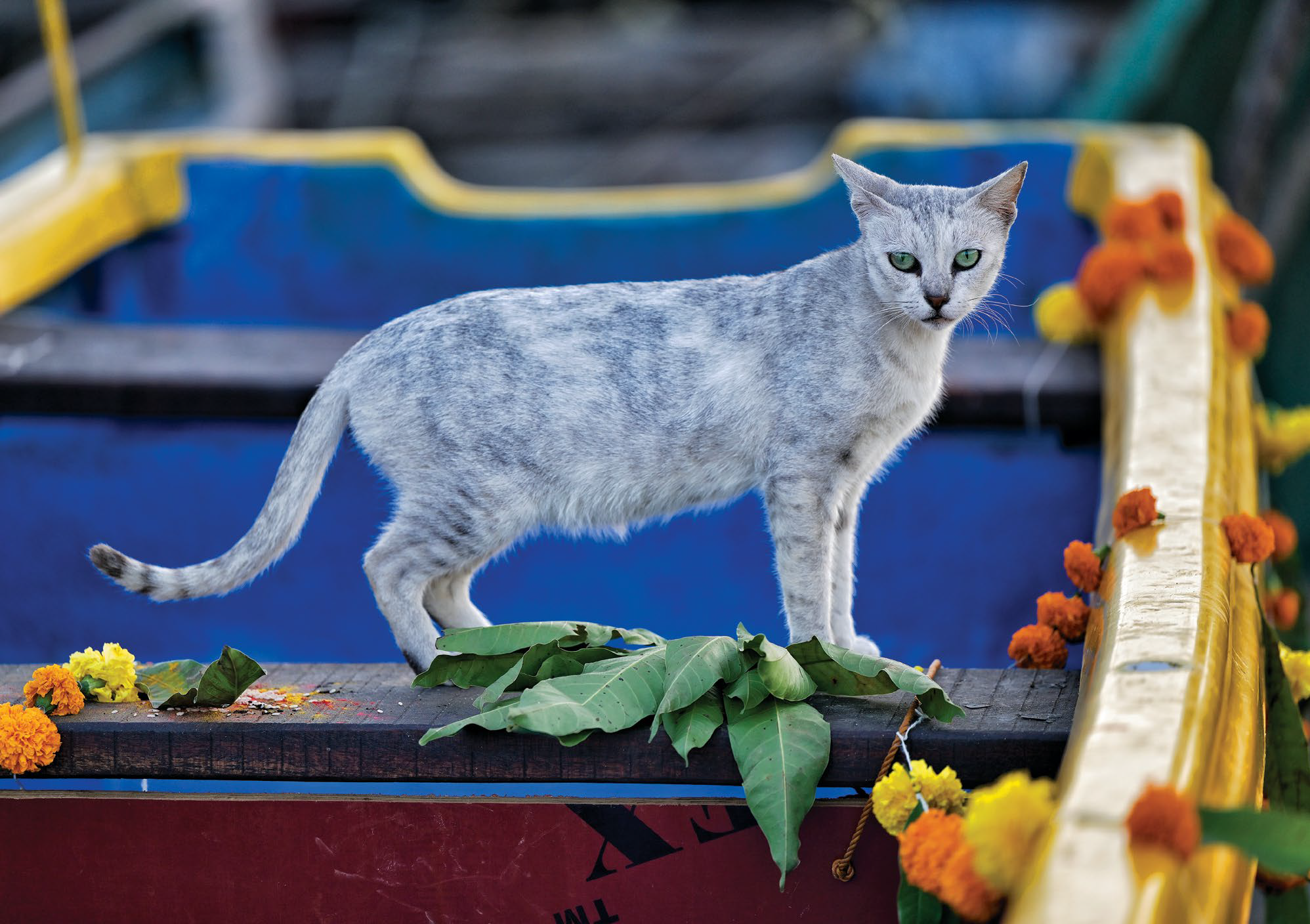 The generally neutral colours are pleasing and the metering in situations with difficult contrasts is the best I have seen with Nikon cameras so far.

This is a large camera with a design clearly meant for professional sports, wildlife, expeditions or event photographers, suited for large lenses, with a beautiful vertical grip that houses the large, high capacity battery. Without a doubt, the most important inheritance has been the superb handling genes and design from the flagship DSLRs, the D5 and D6. The Z 9 is about 20% smaller than the D6, and fits the hand much more snugly, but at about 1.3 kilos, it is not significantly lighter.

Buttons and controls are all logically laid out and work well in both horizontal and vertical use. There are some changes in the button placements because of the new LCD design. But it is easy to get used to these, unless perhaps you are switching a lot between the D5 or D6 and the Z 9.

There is a lot to appreciate in terms of functioning, For instance, the EVF is stellar. There are no lags on startup, or switching between LCD and EVF, or absolutely anywhere. The Z 9 can be hugely customised in terms of behaviour and shooting styles, and customisation options are excellent.

There were a couple of things on my wishlist. For instance, the ability to assign a specific AF-Area mode or metering mode to buttons, or inability to connect to a smartphone simply by using the ‘i’ menu. And despite the camera being built primarily for speed, I missed having a pixel-shift shooting mode for ultra high resolution photos. 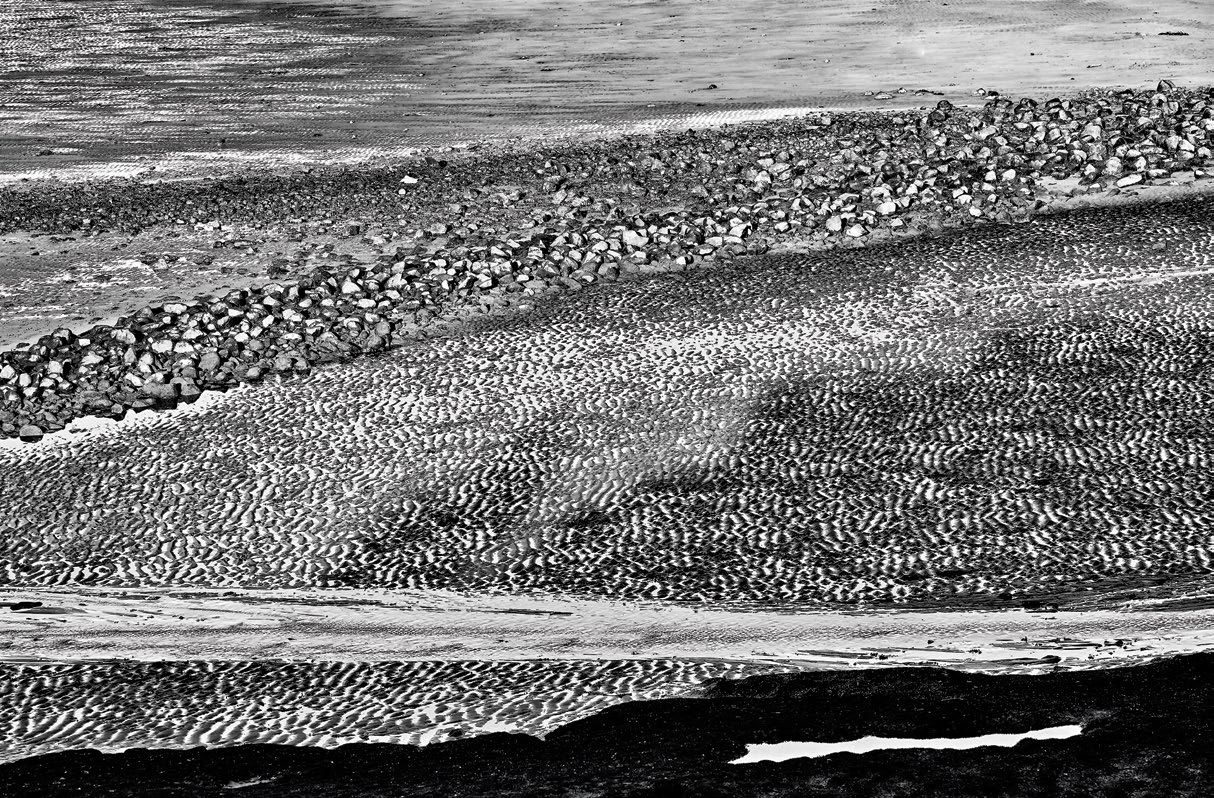 There are plenty of controls over the image to ensure JPEG s are exactly how you want them straight out of the camera and without any editing.

In a nutshell, the Nikon Z 9 is built around speed and precision. In every way, the Z 9 shows a improvement over the D6. The biggest performance boost is in the AF. It easily matches up to the competition and possibly even goes a step ahead in subject and eye detection and tracking. I rarely found myself straying from Auto-area AF and 3D-tracking AF. Let the camera know that you are prioritising a subject (animals or humans or vehicles), and the AF is excellent, and does well even in low levels of light.

The OLED viewfinder is fantastic, without a sign of flickering, dropped frames or distortion. The sensor shows no significant rolling shutter issues at higher shutterspeeds and with pans, and the camera can be used to freeze action well. Even with artificial lights indoors, particularly fluorescent lights, the flicker reduction kicks in very effectively, with no sign of banding or changes in exposure.

Being a high resolution camera, the Z 9 does lose the edge in extreme low light that the D5 or D6 sensors had, but not by a big margin. Noise performance is still very impressive indeed, with images maintaining integrity even at very high ISO settings, and being excellent up to ISO 12,800. Dynamic range does suffer at higher ISO settings, but is excellent up to ISO 3200 and can be pulled or pushed by 4 stops.

While the battery is rated for 770 shots (much higher than the competition in any case), it is significantly lower in comparison to the D6 (over 3500 shots). It easily lasted me 5 or 6 hours with 1000 plus shots without any issues. I can imagine that sports, wildlife or event photographers on assignment might want to keep one or two extra batteries handy for a hard day’s shooting. 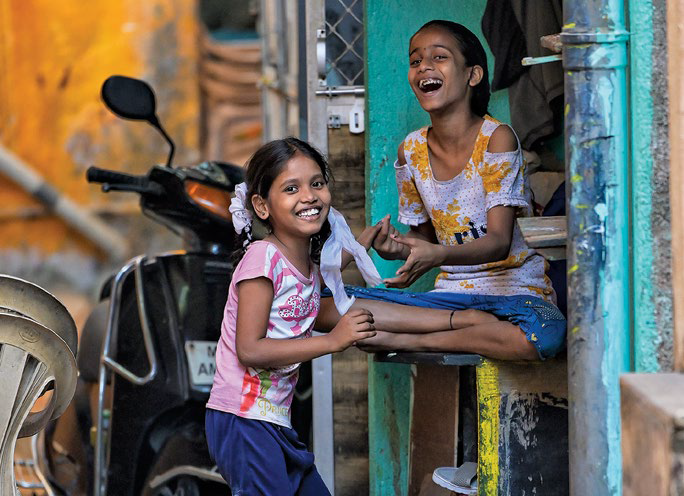 The AF does well in locking quickly even with complex, crowded backgrounds.

The Nikon Z 9 could not have been more different from every flagship before it. And yet, it captures the very heart of Nikon in terms of design, innovation, technology, brilliance in engineering and performance… testament to the effort that went into it. Priced at Rs. 4,75,995 (body), it comes bundled with a Nikon 64GB XQD card (worth Rs. 12,495), charging AC adapter and Mount Adapter FTZ II (worth Rs. 22,995). The pricing is competitive, and it makes a compelling upgrade from any of the previous Nikon DSLR flagships.

This article originally appeared in the March 2022 issue of Better Photography.