After breaking the resolution barrier with the D800 and the D800E, the new Nikon D810 promises a lot. Shridhar Kunte puts it to the test.

Back in 2012, when the D800 and D800E were simultaneously announced, Nikon had taken the world by storm. 36MP was a huge jump from the then resolution barrier and curiously enough, despite the speed at which digital technology usually moves, Nikon has only been matched by one camera so far, the Sony Alpha 7R. So not too surprsingly, the D810 does not see an increase in resolution. However, it has a bunch of changes and improvements, so many, that I was slightly surprised that it hasn’t got a new model number and is just ‘an increase of 10’ (as a reference, the D610 barely had any upgrades as compared to the D600, but this one seems to be a much more substantial jump).

Features
Though the resolution count is the same, the first big change is in the sensor. The D810 is Nikon’s first full frame camera that does not have an Anti Aliasing filter. The D800E had a weak version of an AA filter, but the D810 has none at all… similar to the APS-C D7100. What does this mean? The lack of an AA filter increases the apparent detail in the photographs, but it can make a camera susceptible to moire. Filters aside, there are definitely other changes to the D800 sensor, as well. The highest ISO available was ISO 6400 (ISO 25,600 with boost). With the D810, it goes up to ISO 12,800 (ISO 51,200 with boost). We see a definite improvement to the high ISO performance. One can surmise that just the way the D4S improved upon the D4 by one stop, the D810 does something similar.

Interestingly enough, the base ISO is now 64, a setting at which the dynamic range is even better than the Nikon D800E. This is expandable to a lower value of ISO 32, which can be useful to use strobes in the daytime. While competitors hesitate to include a flash in their full frame bodies, there is no doubt that it is incredibly useful, both for pop-up illumination, and also to command an external flash. Exposure: 1/100sec at f/6.3 (ISO 3200), Flash at f1/4 power. Photograph /Raj Lalwani

It’s not just about the sensor. The D810 comes with a new EXPEED 4 processing engine, instead of the EXPEED 3 engine used in the D800. This has led to an overall increase in speed. The camera’s AF system is based around the same MultiCAM 3500 AF module that we have seen in the D4 and D4S. Nikon claims that the algorithms are now far more intelligent and can accurately acquire AF even while shooting extremely fast, erratically moving subjects. Just like the D4S, the D810 has a new Group Area AF mode, which is supposed to help while shooting in Continuous Autofocus, to ensure that the focus does not shift away from a moving subject. 15 of the 51 AF points are cross type, 11 of which are active up to f/8. This basically means that even slow telephotos, when used with a teleconverter, are supported. The D800 was not sluggish by any means, but at 4fps, was no speed demon. The D810 picks up the game. You can shoot full resolution RAWs at 5fps and 15.3MP DX format images at 7fps. More importantly, the buffer size has been significantly increased, allowing 47 lossless compressed RAWs at one go (the D800 could only manage 21) or 23 uncompressed 14-bit RAWs (the D800 could do 16). However, to support this speed, the user has to use memory cards with a minimum writing speed of 105Mbps. Adobe RAW support is currently available, but is still a little premature. This particular image is a small crop from a JPEG file, later converted to B&W in Photoshop. The sharpness and detail is staggering. Exposure: 1/30sec at f/11 (ISO 2000), Slow Sync Flash at 1/64 power. Photograph / Raj Lalwani

An interesting addition to the D810 is a new Highlight Weighted Metering mode. While this is not exactly Spot metering, it is extremely useful to use while shooting spotlit, high contrast images. The D810 can capture full-resolution footage both in-camera and on an external recorder simultaneously. That is a serious upgrade, and extremely useful. 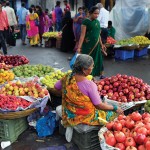 Natural, Pleasing Colour Gamut The LCD is a little brighter than it should be, so you should carefully watch the histogram. The tones produced and colours captured are smooth and pleasing. Photograph/ Shridhar Kunte 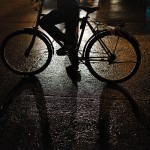 Handling
The two separate AE-Lock/AF-Lock and AF-On buttons displaces the metering switch found on the back of the D800. This new placement makes it easy to reach and make changes while shooting without taking eye from the viewfinder. The metering button position has now been moved to the top left-hand side above the Drive mode dial. As this becomes a two-handed operation, I would have preferred a switch or dial for making selections. 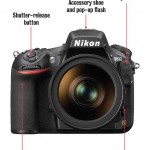 The overall dimensions and shape of the new camera is very close to it predecessor, the small change noticed is the deeper and narrower hand-grip. This minuscule change made no difference in handholding the camera while shooting. 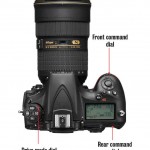 There is a dedicated red movie-record button on the D810, located right next to the shutter release. I found this button a bit too small for my taste. I still feel that positioning this button on the back will make life easy. 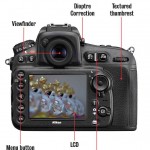 The viewfinder is excellent, and interestingly, a little brighter than that of the D800. The 3.2-inch LCD screen has now been upgraded. Its resolution of 1299k dots is up from the 921k dots of the older 3-inch panel found on the D800 and D800E.

In our reviews of recent full frame Nikons, we have criticised the exclusion of the AF point and AF mode switches that were there in the D3S and D700. Instead, you need to press a button that is at the bottom left of the lens and then turn a dial. Not only is this difficult to do while handling a telephoto, it also means that you cannot change the AF mode or functionality by feel. This design works well for the lighter, smaller Nikons like the D7000, but including on chunkier bodies like the D4S and D810 is a mistake, in our opinion.

Performance
We tested the camera with a number of lenses, but most of the time, we used the Sigma 35mm f/1.4, the Nikkor 85mm f/1.4 and Nikkor 300mm f/4. On all the fronts the D810 works like you would expect a top-spec DSLR should. The images looked vibrant and very well exposed while using Matrix metering. Because of the megapixel count on the D810 and the amount of data size it generates, this might not go well with photographers who shoot a huge quantum of images.

The AF is fantastic—think more D4S rather than D4 level. The sRAW mode is being spoken about a lot, but the data is not really as untouched as RAW is meant to be. Also, sRAW does not really save that much space. It is around the same size as full resolution compressed 12-bit RAWs. The D800 produced the best detail we had seen at that time, and even today, sees very little competition. The D810, with its improved dynamic range and superior noise control, raises the bar higher.

Conclusion
Nikon has put their best foot forward but not wholeheartedly. The camera is a faster, more refined version of the D800, which was already classleading. But considering that this is photokina year, who knows what technology awaits us? The lack of 4k will surely be talked about, and those who do not need the resolution would be well advised to wait… the rumour mills are abuzz.