Raj Lalwani ponders over how one can improve one of the best non-full frame DSLRs ever, and finds his answer in the Nikon D7100.

The Nikon D7100 gave me a feeling of déjà vu. It was like meeting a bunch of cameras that I was familiar with, and saying a brief hello to each one. It was a nice feeling… getting the best of several worlds, but at one level, excitement levels did not spike up so high. But then, that is the problem when you set out to improve what is one of the most impactful APS-C DSLRs of recent times.

Features
Of course, the ‘old’ D7000 is still a very good camera, and extremely popular amongst serious enthusiasts. But how does the D7100 take the bar further? Let’s take a quick look.

An optical low pass filter is something that most sensors have, to reduce a problematic effect called aliasing. Only thing is, in doing so, the filter also tends to make the image slightly less sharp. No optical low pass filter implies that your images will look more sharp, but if you are shooting a subject that has repetitive patterns, like fabric, you may observe moire.

The D800E reduced the effect of the filter to a large degree, but there have been cameras like the Fujifilm X-E1 and the Pentax K-5 IIs that have removed the filter completely. The D7100 follows in their footsteps.

The other big change is something that everyone will welcome… a 51-point autofocus system (with as many as 15 cross-type sensors), instead of the 39-point AF system that was in the D7000 (and is now in the cheaper D5200). This makes the autofocus at the level of cameras like the D800! The 51 AF points spread across the frame and one can focus on off-centre subjects really quickly. Exposure: 1/200sec at f/8 (ISO 400) Photograph/ Raj Lalwani

Also, considering that this is a DX body, the focusing points occupy a much larger part of the finder. Indeed, I was reminded of the D300S, which also covered almost the entire viewfinder with AF points. This is a boon for users of long lenses who do not want to focus and recompose while shooting off-centre subjects. The camera is also able to acquire focus in darker conditions than earlier… like the D4 and D800, it can AF in light as low as – 2EV.

The other changes are a little more subtle. The same Auto ISO program that we saw in the D4 and D800 is now incorporated in the D7100. This means that the camera can automatically detect the minimum shutterspeed required, based on what focal length you are using.

There is a new Spot White Balance feature, which works rather similarly to Spot Metering… it is set while using Live View and allows you to set a custom White Balance far more quickly than earlier.

The maximum shooting speed remains 6fps. The camera still hasn’t reached the burst rates of APS-C heavyweights like the Nikon D300S and the Canon EOS 7D. However, a 1.3x crop mode allows greater reach and allows you to shoot 15MP files at 7fps.

Video shooting sees several small changes, including the ability to now shoot at 1080p30 and the ability to use the crop mode. Of course, since this is already a DX camera, a further 1.3x crop becomes a 2x crop. So if you use a 50mm lens on the D7100, you can get a field of view of 100mm, if you so desire.

The camera allows you to fine tune the quality of the audio and also allows you to monitor it, by including a 3.5mm jack. It also has a built-in stereo microphone. 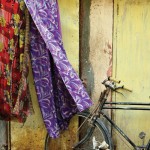 Excellent Detail The D7100 captured excellent detail, when we tested it with the 16–85mm VR and Sigma 35mm f/1.4 lenses. Other superzooms did not give as good results though. Photograph/ Raj Lalwani 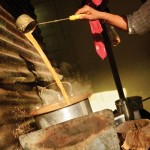 Incredibly Quick AF- While the older 39-point AF system, the 51-point AF of this camera is far more reliable, even if you shoot from the hip and let the camera make the decision for you. Photograph/ Raj Lalwani

Handling
While all these changes are inside, the physical appearance of the camera is almost identical to the D7000. There is not much to complain about in terms of handling. In fact, most of the minor niggles that plagued the D7000 (and even the D600) have now been sorted. For instance, the OK button at the centre of the thumbpad can now be configured to give a direct 100% view, to confirm focus.

The new ‘i’ button works well for video. It allows you to tweak the main settings while using Live View, without delving into the main menu. The only complaint from a video perspective is the lack of a tilt-and-swivel LCD screen. The cheaper D5200 has one, as does the competition. 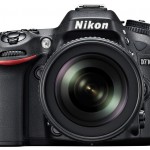 The D7100 is lightweight, but has the same grade of weathersealing as the heavier (and much more expensive) D800. Like the D800, the D7100 also has an AF/MF switch which includes the button to switch between AF modes. 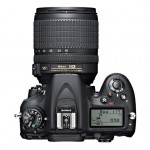 The mode dial lock is extremely irritating. Not only do I think it is unnecessary, it is also extremely cumbersome and unintuitive. The placement of the Metering and Video buttons can be confusing, but one can get used to it. 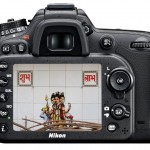 The back of the camera is largely unchanged from the D7000, apart from the inclusion of the typical stills/video switch that is also seen in the D800. The viewfinder’s display is now OLED, and not LCD, which improves visibility of the camera settings.

Performance
The D7000 had great noise performance, a significant leap over the D90 which it had replaced. The D7100 does not raise the bar as much. On a per-pixel level, the noise performance is similar to the D7000, only with eight extra megapixels. It is good, but does not compare to the class-leading APS-C sensors from Fujifilm.

In terms of detail captured, the D7100 performs better than the other 24MP sensors of Nikon, probably due to the omission of the low pass filter. However, remember that unlike the D7000, this is not a very forgiving sensor. It exposes the flaws of your lenses and amplifies them further. It is best to invest in some high quality lenses.

You also need to be doubly careful of your own technique—everything from choosing the right aperture to avoiding any sort of camera shake become even more vital.

Dynamic range is stunning. The JPEG files have a lot of detail that one can pull out from the shadows. Metering is accurate, but on the rare occasion that you may blow out the highlights, the RAW files have a lot of latent detail. Battery life is excellent.

There is very little to dislike about the D7100. It is a solid upgrade of a camera that was already excellent. while I cannot help appreciating the finesse achieved by APS-C DSLRs, I cannot help wondering… what lies next? The D7100 incorporates the best of so many worlds that it is really difficult (but well, exciting) to envision a non-pro camera that will take the bar even further.

Also, D300S users would be understandably worried. The D7000 and D7100 are several steps ahead in terms of image quality, but lack the body balance and hands-on ergonomics of the larger bodies. Is the D7100 the new DX flagship? Or is there a D400 in sight?

While there are no clear answers yet, there is no doubt that the D7100 will be a great buy for serious hobbyists and professionals who prefer the extra reach of an APS-C sensor. 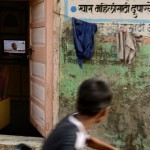 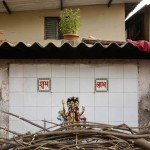 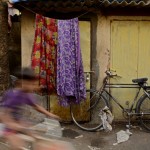 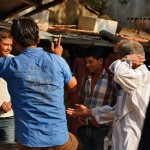