Very few cameras in recent years have created a buzz as volatile as the Nikon D600. Before its imminent release, the internet was rife with rumours that this would be the world’s least expensive full frame DSLR ever. USD 1500, screamt the headlines, and almost everyone was amazed.

The dreamers got a reality check when the camera was launched. With a price tag of USD 2100 (Rs. 1,35,950 here), the D600 is definitely not as ‘affordable’. Murder, cried the cynics, and wondered why someone would not buy a D800 instead.

I have found both these extreme reactions a little juvenile, to say the truth. Before heralding something as the next best thing or crucifying it, let us actually put the camera through its paces, instead of reacting on the basis of preconceived ideas.

At Better Photography, we received an exclusive piece of the D600 just a day after its worldwide announcement. After running the camera through thousands of frames, I can recall moments of wonderment, excitement and some of extreme irritation… the D600 is a very curious case that shows plenty of faces—it is supposed to be the successor of the D700, inherits plenty of technology from the D800, uses a brand new sensor and stuffs all of this in a consumer-level D7000 body. Confused? This is a very, very interesting camera that tries to cook a rather twisted concoction.

Features
If one considers the price at time of launch, the D600 is one of the cheapest full frame DSLRs ever. I was initially wondering how many compromises Nikon has made, to bring the cost down. In a nutshell, not too many. It is actually quite remarkable how feature packed the D600 is, despite having a lower price tag than the D800.

In fact, the 36.3MP sensor of the D800 is the only thing that the D600 falls ‘short’ on. That said, the resolution is still a very respectable 24.3MP. After all, very few users really need a resolution as high as the D800’s. 24.3MP is actually a perfect sweet spot—the demands of optics and storage are not too intimidating, and it provides a good enough resolution jump for someone who is using a previous-generation 12MP camera.

The Advantage of Dual Card Slots This is a feature that may not grab as many
headings as resolution or speed, but is actually
very useful on field. The D600 has dual card
slots, unlike the older D700 and its immediate
competitor, the Canon 6D, both of which allow
you to use only one card. You can start using the
second card once the first one is over, or make
simultaneous backups or even save RAW files one
one card and JPEGs on another.

In terms of its other powers, the D600 is closer to the D800 rather than the old D700. It has dual card slots (both SD though) and an onboard flash, both of which are features that are not present on the simultaneously announced Canon counterpart, the EOS 6D.

The camera is quite fast… in fact, its frame rate is faster than the D800 (5.5fps versus 4fps). That said, the much older D700 can go up to 8fps when used with a battery grip… the D600 does not offer any such tricks. Also, the buffer capacity when shooting in 14-bit RAW is rather limited as compared to the D700/D800.

The AF system is similar to the one found in the D7000. Note the extra 0, I do not mean the D700. It is interesting to see how many cameras the D600 is an amalgamation of! The 39-point AF system has been modified though, and now, one can use autofocus even when the maximum aperture is f/8.

There are a few compromises that are obvious on paper. No PC Sync socket, and the maximum Sync Speed of the camera is 1/200sec (as opposed to 1/250sec in the D700 and D800). This may affect a few users, but it is not something that cannot be worked around.

The camera does allow you to use 1/250sec without using the High Speed Sync mode, albeit with a reduced flash range. Moreover, cameras like the Canon 5D Mark III and 6D have an even slower sync speed of 1/180sec. A serious photographer who wishes to use flash to overpower ambient light can work around such constraints.

The video functionality is superb and almost identical to the D800. You can shoot Full HD video at multiple frame rates, monitor audio through a headphone jack and also transfer uncompressed video via HDMI. Unfortunately, the camera cannot change its aperture while in the Live View > Movie mode. You need to set the aperture before you switch to the mode. When the subject is close to the centre the AF system responds really quickly. Exposure: 1/1600sec at f/11 (ISO 3200). Photograph/Raj Lalwani

Handling
The D600’s viewfinder is as good as the D800’s. It offers 100% coverage and though it does not have the same round eyepiece as the D700/D800, it is equally large and bright.The viewfinder aside, the chassis is identical to the D7000, including a similar degree of weather sealing.

The camera feels good in the hand, I daresay, better than the D800. The grip is perfect for a camera of this size… the D800’s grip is the same size, but since the camera is much bigger, it feels a little awkward.

The Auto ISO functionality is inherited from the D800 and must be appreciated. The camera can detect the focal length and set the minimum shutterspeed accordingly and one can switch on Auto ISO without entering the menus, a shortcut that is not there in the older D700.

From here though, things go a little downhill. The D600, while wearing too many masks and trying to give pro functionality in a consumer body, falls short on certain counts.The dials at the top left feel fiddly, and operating their locks is terribly cumbersome. After a few days of struggling to switch between A and M, I just gave up and kept using the same exposure mode, even if I did not want to. The same mode dial works perfectly on the D7000, so if something is not broken, Nikon, why try to ‘mend’ it?

Similarly, the lever to unlock the Drive Mode dial is at the back (as compared to the D700/D800, where it is at the front). Your fingers actually need to do a ballet to switch from one Drive Mode to another.

There is no AF-ON button, so if you are accustomed to using that to activate autofocus on the D700 or D800, you will need to keep that in mind.

Worst of all, I kept getting irritated at the awkwardly placed QUAL button. It is right between ISO and WB—two of the buttons one would use most often. And when one changes the Quality, the viewfinder does not show any indication of the same. So there were times when I switched from RAW to JPEG Basic without wanting to, and realised only much later. Also, unlike the D700 and D800, there is no way to jump to a 100% view by a single press. Considering that some compact cameras allow you to do this, this is a huge omission. 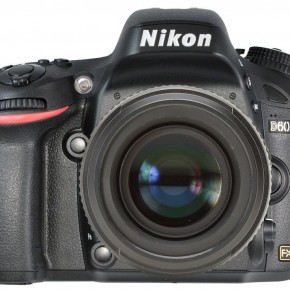 The hand grip of the camera is quite deep and actually gives the body better balance than even the D800. The camera has two Infrared windows, one of which is on the front. Unlike the D700 and the D800, there is no PC Sync port. 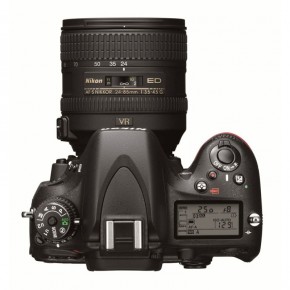 The locks on the mode dial and Drive mode dial are painfully cumbersome. One wonders why the mode dial lock needed to be included. The position of the record button does not come in the way, which is a problem with the higher end D800 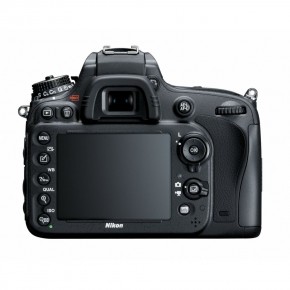 The back of the camera largely represents the D7000 apart from the viewfinder which is bigger and brighter. One important change that I did not like is the new placement of the QUAL button, since it is right between ISO and WB.

Performance
The focusing points are extremely concentrated in the centre. While the AF performance itself is good, it is not at the level of the D700 or D800. I shot a tree, in the dead of night, with only street light illuminating it. The D700 locked focus while using the central cross-type sensor, but the D600 simply refused to lock.

Image quality is where this camera shines. Like all Nikon full frame cameras, the dynamic range is stellar. Noise control is slightly, only slightly better than the D700. But then, considering that the D600 has a higher resolution, this is actually quite good. Shot at ISO 25,600 in nearly zero light (one needed f/1.8 and a 1/2sec shutterspeed to get the exposure), the camera still performed an admirable job. Photograph/Raj Lalwani

Conclusion
The D600 does incredibly well in certain areas (features, pricing, the all-important image quality) and tends to lag behind in others (ergonomics mainly). But this is mainly because of the fact that the camera tries to do a little too much, taking on way too many avatars in a relatively less expensive body.

If you do not need the D800’s resolution or the inbuilt WiFi of the upcoming 6D, the D600 is a fantastic camera. The only grey area that comes up is if you do not care for video. For still photography, the four-year-old D700 remains a very compelling choice even today. While the D600 has the edge in image quality, the D700 is still available at a lesser price. Nikon is facing a rather curious problem here. The D600 succesfully combines the best aspects of several cameras, but its greatest competitior remains its older avatar, the D700. The much improved AF in LiveView helped get this shot. The quality of grain is extremely pleasing. Exposure: 1/30sec at f/4.5 (ISO 6400). Photograph/Raj Lalwani

Build Quality
Strong chasis that is partly made of magnesium alloy, weather sealed
13/15

Who Should Buy It?
Professionals and serious enthusiasts who want fantastic low light performance.

Why?
The D600 serves most of the features of the D800, in a smaller, lighter and relatively cheaper body. If you do not need video though, you may also consider the D700. 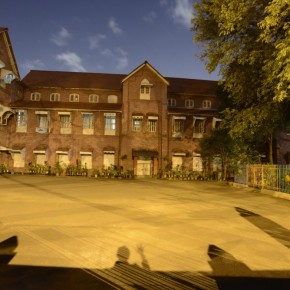 Even while shooting this long exposure, amp noise is minimum. The out-of-the-box colours are really good, conveying the streetlit ambience without getting too yellow. Photograph/Raj Lalwani 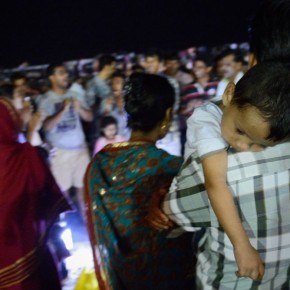