Nikon D4s: The Next Level The Nikon D4s is a worthy refinement of the already brilliant Nikon D4, with plenty of added functionality, as K Madhavan Pillai discovers.

There was almost a sense of déjà vu when the D4s was announced. As a reviewer, I expected a similar show as the D3 and the D3s. After a few weeks with the D4s, I can easily say that there is enough about the D4s to make a critical, high-end photographer upgrade. While I do have my own small wishlist for Nikon, this full-frame 16.2MP DSLR goes the distance, and does it superbly well.

Features
The sensor is of the same resolution as the D4, but seems to be an upgraded version. With a prescribed ISO range of 100-25,600, it can now extend to an eye-watering ISO 50 to 4,09,600! The new Expeed 4 processor is 30% faster over the Expeed3 of the D4. The camera boasts a blistering framerate of 11fps with AF/AE, thanks to a new mirror dampening mechanism that also causes shorter viewfinder blackout times.

While the MultiCAM 3500 AF module is the same as the D4 with 51 AF points (15 crosstype, 11 of which support lenses upto a very useful f/8), Nikon claims that the algorithms are now far more intelligent and can accurately acquire AF with extremely fast, erratically moving subjects. There is a new Group Area AF Mode added to the existing modes available on the D4. AF can be activated down to -2EV, which is the same kind of illumination one would find under bright moonlight. The large usable ISO range instills a sense of independence and confidence. I frequently found myself using narrow apertures along with Auto ISO in places like this poorly illuminated underpass. Exposure: 1/320sec at f/8 (ISO 12,800). Photograph/K Madhavan Pillai

The shutter is tested for 4,00,000 cycles. There is a new interval timer which can take up to 9999 shots, supported by a new battery that lasts up to 3,000 shots, as compared with 2,600 for the D4. The buffer memory is now significantly deeper, with a capability to store 200 fine large JPEGs or 104 uncompressed 14-bit raw images. The camera supports both CompactFlash and XQD cards (not yet available in India).

Apart from these, the D4s has the usual bevy of modes and picture controls found on the D4, some of which have been tweaked slightly for more logical operation. The D4s is right at home in low light levels and tough shooting conditions. In this scene, the range of tones and contrasts were all wonderfully retrievable from the RAW files. Exposure: 1/20sec at f/8 (ISO 12,800). Photograph/K Madhavan Pillai

Handling
This is a large, heavy camera but one that I felt instantly comfortable with, even with a large, heavy lens. In fact, I got the distinct impression that the comfortable handling makes the camera feel lighter than it actually is. It does not feel unwieldy despite the large built-in vertical grip.

A Range of Ports: Going clockwise, one can
see the ports for USB
2.0, stereo microphone
input, HDMI for streaming
uncompressed video
to an external monitor
or recorder, Gigabit
100/1000TX ethernet,
headphone output, and the
port for the Wi-fi module,
all weathersealed under
gasketed rubber covers.

There is hardly any change in the overall design or control layout between the D4s and the D4, but a careful comparison between the two will show a grip that is contoured slightly differently. The joysticks at the back are also differently textured, and this certainly makes a difference in its ease of operation. The rubber grip area for the thumb at the back also has been extended very slightly over the D4.

Menus are well laid out. The LCD screen has excellent viewing angles and features a built-in illumination sensor to automatically adjust brightness, contrast, saturation and gamma depending on the environment. The colour reproduction of the LCD, as well as brightness, can now be adjusted on the D4s. 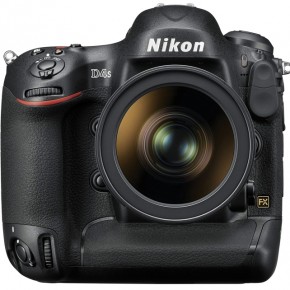 The camera is contructed of magnesium alloy, is completely weather sealed, and feels absolutely rock solid in the hand. The recessed rubber grip makes the camera particularly comfortable to hold. 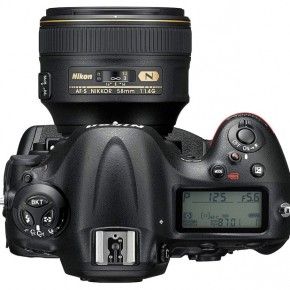 The top of the camera has a drive mode dial with a lock, and the buttons to access metering, bracketing and flash modes. The video record button can be customised for ISO, when the camera is ahooting stills. 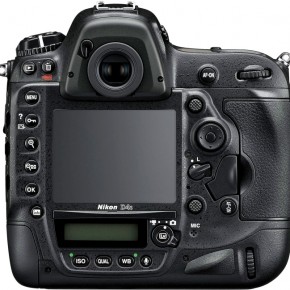 The optical viewfinder is large with a round, rubber eyepiece surrounding it. The joysticks are rather usefull for positioning points or scrolling through menus. In low light, the camera’s buttons can be illuminated.

What I like about Nikon is that they design their professional range of DSLRs to handle quite intuitively. There are enough customisation options in the camera’s menu, for those who want to speed up operation. All the main functions for any of the creative options required while shooting have a dedicated button or control.

Performance
I view the D4s more as a refinement of the already brilliant D4, especially in terms features and handling. Some of them may seem like tiny improvements, but they have a big impact on how the camera performs and can prove vital for certain kinds of photographers. For example, the speed of image processing in D4s is significantly faster, allowing a much quicker transfer to a fast media card. Combined with an improved buffer, the D4s is always ready for the next burst of shots.

I was particularly impressed with the AF ‘intelligence’ of the camera. Even left to Auto AF-C on busy streets or fast moving subjects, it shifted between modes, picked the right points of focus, and tracked subjects quite convincingly. Some photographers may criticize the spread of the 51 focusing points within a conservative central two-thirds of the frame, but I found it preferable for both street and action. The recent lunar eclipse or ‘blood moon’ left a residual hue for a short while. The D4s captured it well, with lots of recoverable details in the highlights. Photograph/K Madhavan Pillai

I tested AF tracking with fast moving cars and it performed perfectly. With more challenging subjects like small birds in flight against a relatively busy background, the D4s managed to maintain focus on the bird in 10 out of 11 frames, at 11fps! The addition of Group Area AF is particularly useful for quickly shifting focus between zones.

Control over noise at high ISO settings is exemplary… the best displayed by any camera yet. White Balance on Auto is also a lot cleaner, with a secondary auto mode to retain warmth.

For professionals like photojournalists and specialised event photographers, for whom sending images over the internet in time is vital, JPEG is more important that RAW as a format because of small file sizes and relatively high quality. I have always enjoyed Nikon’s JPEG processing and the D4s is no exception.

Conclusion
This brings me to my wishlist from Nikon. As good as the D4s is, what more can a photographer possibly ask for? For one, I would like to see independent control over highlights and shadows in JPEGs, given its extremely good JPEG engine. While Active D-Lighting is reasonably effective, I prefer more control over how my images turn out. Another feature I would have loved to see in D4s is 4K video.

Does it make sense to upgrade from the D4 to the D4s? I don’t think so… not unless you need the very specific benefits that the D4s offers, and unless you are willing to spend Rs. 4,19,950.

Is it better than the Canon EOS 1DX, in terms of noise performance? It is. In certain other areas, like AF customisability, the Nikon lags behind. However, most people would not opt for a flagship product without having a system of lenses to back it up. From that perspective, Nikon’s biggest competitor will probably be the Nikon D4.

That said, the Nikon D4s is a fantastically crafted marvel of balanced, insightful design, cutting edge technology and precise engineering. For a high-end professional photographer, its performance is the very best that Nikon has delivered yet. I personally like my colours saturated. The Vivid picture control setting pushes colours to just the right degree without losing out on tonality. Photograph/K Madhavan Pillai

Who Should Buy It?
Professionals who have already invested into the Nikon system, need speed and low light high ISO quality, or professional video filmmakers.

Why?
Exemplary images, fantastic all round handling and performance make the D4s unique.