The Nikon COOLPIX S800c is the first time that a major camera maker has taken the Android route. Supriya Joshi discovers what it has to offer.

The fact that I am an Android fangirl is no secret. The operating system’s (OS) simplicity and ease-of-use really works well for me. Sure, it has its flaws, but then, which OS doesn’t? Then in August 2012, Nikon announced the first Android powered compact camera, the Nikon COOLPIX S800c, the first of its kind. The fangirl in me was excited and hopeful at the same time. Here are my experiences.

Features
The S800c is a 16MP CMOS sensor point and shoot camera which runs on Android 2.3 OS. It also features 1920 x 1080p Full HD video recording at 30fps with stereo sound. Also, the camera has an 819k dot resolution anti-reflective 3.5 inch touchscreen OLED screen, quite easily the best screen we have seen in a compact camera at this price! As far as connectivity goes, it offers WiFi as well as Bluetooth capabilities. The camera also has inbuilt GPS.

When it comes to modes, Nikon has stuck to the bare minimum and offered five, and a Movie mode for recording video. The Shooting modes are Easy Auto mode, Auto mode (which is essentially a Program mode), Scene, Special Effects, Smart Portrait and Movie. The absence of the Manual mode is conspicuous, but I think there is a reason behind it.

Since the S800c runs on Android, it is basically a ‘build your own’ camera. The Google Play store features several hundred applications, for photography purposes alone, at your disposal. In a way, the lack of Manual mode is compensated with this fact. So, whether it be the insanely popular Instagram, or Pixlr-o-matic, you can use these apps directly through the camera.

But it’s not just limited to photo apps. You can check your mail, access maps, play Angry Birds, watch videos on YouTube… the possibilities are endless. It is like your It is like your entire world inside a 184g camera.

Unfortunately, the camera does not offer 3G connectivity and you need to be around a WiFi location to access the internet. One workaround for this is if you have a smartphone that can double up as a WiFi hotspot. Then, all you need is a 3G data plan and voila, your camera can be fully connected anywhere.

Handling
Minimalism seems to be Nikon’s keyword when it comes to the camera design. The back of the camera is dominated by the touchscreen OLED screen and three buttons (back, home and menu) to its right. Curiously, the speakers are located at the underside of the camera. There is no jack for headphones, so when you want to listen to music or watch a video, the people around you will also become an audience, willingly or otherwise, which is really not a good thing.

Those new to the OS may take some time to understand navigation. The camera is divided between shooting and the Android system. Also, unless you disable the feature, the camera goes into standby mode every time you switch off the camera, just like a smartphone.

The biggest drawback of the Android OS is the battery life. It starts reducing after just 30–40 shots and is further reduced when WiFi is switched on. The camera heats up exponentially very soon, even after ten minutes of continuous shooting.

Performance
The camera does a pretty good job with noise performance. The images are quite usable up to ISO 1600, which is a great achievement for a compact camera. There is fringing present, and the metering has a tendency to blow out highlights.

Focusing, however, was a huge issue. The camera sometimes takes forever to focus on your subject. Close-up subjects were particularly difficult to focus on. Considering that Nikon is a camera maker first (and not really an Android expert), it is surprising that they got this wrong.

Conclusion
The very same month the S800c was announced, Samsung announced the Galaxy Camera with Android 4.1. While several people criticised the S800c for employing an earlier version of the Android OS, one must realise that the Galaxy will be far more expensive and thus, the two are completely different classes of cameras.

In an age where several cell phones are trying to implement better cameras, the S800c is revolutionary. If only it had calling abilities, it would have been perfect. the camera allows you to use photography apps straight from your camera, which is a very exciting premise! exposure: 1/10sec at f/4 (ISO 560). Photograph/Supriya Joshi

Who should buy it?
Those who want the best of both worlds—cameras and smartphones.

Why?
An Android world inside a dedicated camera opens up a world of possibilities. You can use apps with optical zoom, and the camera can also double up as a tiny tablet! 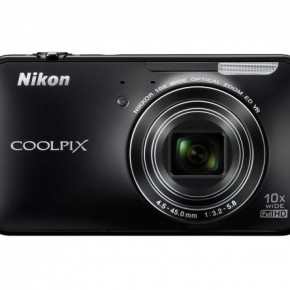 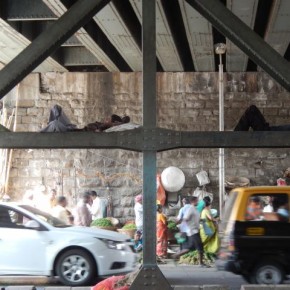 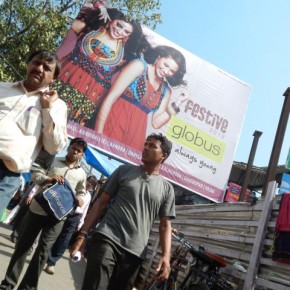 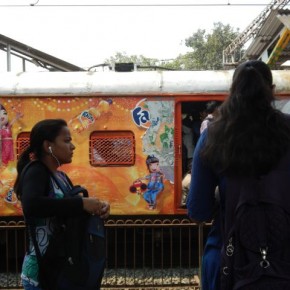 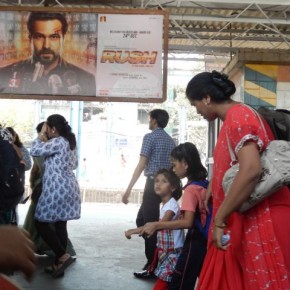