Supriya Joshi gets her hands on Nikon’s new superzoom camera, the COOLPIX P600 and takes a trip down 60x lane.

The superzoom market is crowded with a wide variety of cameras, each with features more unique than the next. To grab eyeballs, most manufacturers are raising the bar impossibly high when it comes to the focal length and zoom range.

There was a time when a zoom range like 20x was considered revolutionary, and well, here we are now. Nikon COOLPIX P600 offers a staggering 60x zoom range (24–1440mm in 35mm parlance). It is not the only superzoom bridge with this zoom range—the Panasonic LUMIX FZ72 features the same range as well, except that it is wider, and has a 20–1200mm equivalent lens. The P600 is an update of the P520, which featured a 42x zoom range. Quite a jump, by any standards.

Features
Apart from its shiny 60x zoom feature, at the heart of it, the P600 is a 16MP camera with a 1/2.3-inch CMOS sensor. The resolution, strangely, is a little lesser than its 18MP predecessor, but the sensor is back-illuminated, which promises better image quality.

The camera also features remote WiFi access, which allows you to control the camera with your smartphone, using the Nikon Wireless Mobile Utility app. Sadly, you can only use it for zooming and releasing the shutter.

One can also make Full HD 1920 x 1080p videos with the camera. You can view the images on a 921k dot tilt-andswivel screen, which is quite useful when shooting from awkward angles. The screen can be folded inwards, to protect from scratches.

Apart from the P, S, A, M modes, there are several automatic modes, including Special Effects, Backlighting, Moon and Bird Watching. The biggest criticism I have about the features of this camera is about something it does not have—the RAW mode! I find this very disappointing because if you spend just a couple of thousand rupees more, you can get the Canon SX50HS that has 50x zoom but also RAW.

Handling
The P600 is surprisingly lightweight, but not flimsy. It features an EVF, but the camera lacks proximity sensors, which was again, quite unsettling. Moving between the LCD and EVF became a manual process. The resolution of the EVF is only 201k dots. This is quite poor by modern-day standards, but most of the P600’s competitors have similar, small and crummy viewfinders.

The camera allows you to assign a particular focal length, which it automatically goes to, once it is powered on. I found this to be an extremely useful feature.

Apart from the zoom rocker on the top of the camera, there is an additional zoom control button on the side of the lens. The zooming feature itself is quite smooth and fairly quick.

The battery charges in-camera, and it takes about three hours for it to juice up completely. The battery lasts about 300 shots before it dies out. Focusing is quick at the wide end of the lens. While sharpness is good, we were not too impressed by the dynamic range. Exposure: 1/100sec at f/3.3 (ISO 200). Photograph/Supriya Joshi

In bright light, the AF is speedy and accurate, but this speediness keeps dropping as you move along the zoom range. At 1440mm, it is very slow, especially if you try to shoot moving subjects.

The center sharpness is very good, throughout the zoom range with only slight softening at the corners. The lens also controls aberrations well. But the camera has a tendency to blow out highlights, and that’s where the lack of RAW tends to hurt.

Conclusion
60x zoom for Rs. 23,950 sounds like a good deal, but that suddenly changes when you realise that the older, but more competent Canon SX50 HS is only Rs. 2000 more, while having the ability to shoot RAW. Sure, the Canon’s zoom is ‘only’ 50x, but whether you want that further extra reach, or would prefer better control and quality is a decision you have to make.

Who Should Buy It: Voyeurs. Bird watchers and astronomers will like it, but when coupled with a tripod.

Why: One word. 60x. But while the quality of the lens is very good, keep in mind that the camera comes with drawbacks like no RAW, no hot shoe and a VR system that does not do a good job at the telephoto end. 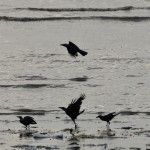 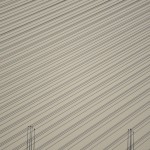 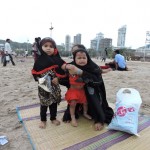 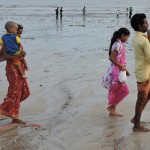 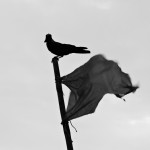 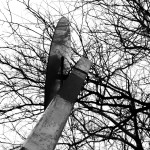 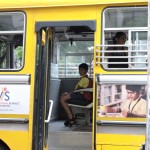