When we had tested the Nikon COOLPIX P310, we had largely appreciated the camera, but lamented the fact that it did not have RAW. Of course, at that time, we thought this was wishful thinking. No camera at that price point had ever had RAW shooting, and even other f/1.8 compact cameras that had RAW were at least Rs. 10,000 more.

But wishes do come true! The new P330 not only has RAW shooting, but also comes at an attractive price point of Rs. 16,950! This is revolutionary for several reasons.

Features
With the P330, the company has taken its best performing budget compact and improved its capabilities by a large degree. First things first, the sensor is now larger. The older P310 had a regular 1/2.3 inch sensor. This was smaller than the 1/1.7 inch sensor found in cameras like the Canon S110, though to its credit, the Nikon was also much cheaper. The P330, on the other hand, uses a 1/1.7 inch sensor, at the same price point as its predecessor! Coupled with RAW, four-stops VR and a fast f/1.8 lens at the wide end, this dramatically improves the camera’s low light capabilities.

The camera uses the same 12.2MP back-illuminated CMOS sensor that is seen in the higher-end P7700. While several compact cameras (and even cellphones) are touting more megapixels than these, we have observed that a conservative megapixel count has always improved low light performance, all other things kept equal. So despite the fact that the P310 was 16MP, I believe that the resolution choice is a good decision.

The lens of the P330 is exceptionally sharp and the JPEG engine, virtually identical to the company’s DSLRs. Exposure: 1/200sec at f/6.3 (ISO 800). Photograph/Raj Lalwani

The lens’ focal length is a useful 24 – 120mm. At the telephoto end, the lens is quite slow, but its f/5.6 aperture does give a hint of subject-background separation.

As expected, the camera has the usual PASM and Scene modes, but sadly, there are no filters or creative effects, the kind that a lot of other manufacturers are including. It has GPS and though it does not have built-in WiFi, the camera is compatible with the company’s WU-1a WiFi adapter.

Like a lot of cameras that have a fast lens, the P330 has an inbuilt Neutral Density filter, so that you can use f/1.8 for depth separation, even while shooting in bright light. Thoughtfully, the option of switching this filter on and off is also available in the quick menu that the Fn button activates.

The good thing about the P330 is that in appealing to the serious photographer, it does not compromise on video. Of course, the overall functionality in terms of movie shooting is rather basic, but the Full HD 1080p60i video is remarkably sharp and smooth.

Vivid Colours without Blown-out Highlights Picture Controls are identical to the ones found in Nikon DSLRs. Considering that the interface is also the same, the camera would appeal to the company’s DSLR owners. Photograph/Raj Lalwani

Handling
The dimensions of the camera are identical to those of the P310. Considering the extra zoom and larger sensor, this was pleasant surprise. Of course, the older RX100 is only slightly bigger and has a much larger sensor, but then, it is in a different price league altogether.

The layout of buttons is akin to the P310, which means that the handling is largely good. The two control dials are easy to access and turn, and changing settings on the fly is quite simple. I was disappointed at the lack of a dedicated ISO button, but you can, of course, access it directly by using the Fn button. Unlike the company’s DSLRs, the Fn button in the P330 is not just something that you customise for accessing one feature. It also gives complete access to a quick menu, which includes other settings like WB, Metering, AF Area mode and so on.

Like some of the company’s DSLRs, it is possible to save a bunch of settings as one particular user preset. This is actually very useful on field. Imagine that you are shooting landscapes with a bunch of settings (Vivid Picture Setting, Multi-point AF and so on). Then, all of a sudden, if you shoot a portrait, you don’t need to change every setting individually. All you need to do is turn the mode dial to U (which indicates User Settings) and the settings you had saved for a different genre or situation are automatically switched on. 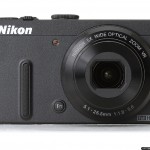 The camera is very well built for its price and feels quite good in one’s hand. There isn’t much of a physical grip, but the matte finish ensures that the camera is not slippery. Unlike its higher-priced counterparts, it does not have a Lens Control Ring. 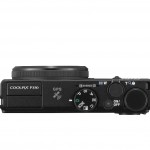 On top, the P330 camera is rather minimalist. It has a zoom rocker, an exposure control dial and a simple mode dial. Also seen is a pop-up flash, which needs to be raised physically by pressing the flash button on the side. 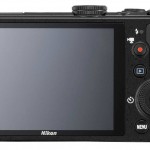 To rest the thumb on the back, there is a rubberised thumbrest. The LCD is nice and sharp with a resolution of 921k dots. There is no direct-access ISO button, but the four-way controller and back control dial are well designed.

Performance
As expected, the image quality does show quite a bit of improvement, as compared to the P330, and matches the competition in most aspects. The lens of the P330 is quite exceptional. Images at the lowest ISOs are extremely sharp and fringing and flaring are virtually absent. The high ISO performance of the camera also, is superior to other cameras in this price range.

Though the camera can shoot at 10fps, it is not a fast camera. Forget about shooting frantically if you are shooting NRW + JPEG. In fact, you need to ensure that you use a top-of-the-line card to ensure that the RAW writing speed is not sluggish. Focusing is usably quick, but not the best I have seen.

The flash’s output is pleasing and balances well with ambient light, typical to the way Nikon’s DSLR flashguns work. Battery life is disappointing. 200 shots as per CIPA standard (as opposed to the P310 which was rated at 230), and I often found myself running out of charge, while shooting for an extended duration.

Conclusion
Its closest competitor, the S110, costs Rs. 10,000 more! With a decent sensor, an f/1.8 lens and RAW, this is a great low light camera if you are on a budget. This is probably the best way to combat the cameraphone threat—no nonsense, high quality and a super competitive price point. The P330 is a gamechanger and in a very refreshing way, keeps the humble compact camera, alive.

Admirably, there is no colour shift at high ISOs and the detail retention is excellent, considering this price point. Exposure: 1/25sec at f/2.8 (ISO 3200). Photograph/Raj Lalwani

No tilting screen, not much customisation, useful User Settings mode
17/20

Who should buy it?
Low-light photography enthusiasts who are on a tight budget.

Why?
The P330 is much cheaper than its closest competitor, and also has f/1.8 and RAW.